In the south-western edge of the Slovenský raj Mts. is the Dobšinská ľadová jaskyňa cave, one of the largest ice caves in Europe. Thanks to its significance and unique ornamentation, it was included into the UNESCO World Heritage List.

Its entrance, also called the Ice Hole, is situated below the mountain Duča (1,141 m) on the northern side of the plateau Hanesová at the altitude of 971 m. The salient point is in the village Dobšinská ľadová jaskyňa and tourists have to overcome the altitude difference of 130 m via switchbacks to climb to it. The length of the sightseeing trail is 515 m and seeing it takes 30 minutes.

It originated some time at the end of the Tertiary Age, approximately simultaneously with the adjacent Stratenská jaskyňa cave, which is separated from it by a collapsed corridor.

This 1,232 m long and 112 m deep cave is one of the largest ice caves in Europe. Except for the Alps, this is the only place in Europe with 110 thousand cubic metres of ice in places thicker than 25 m. The thickest layer of ice amounting to 26.5 m is in Veľká sieň (The Grand Hall) of the cave. The cave was discovered by the mining engineer I. Ruffini in 1870 and opened to public a year after. It was also the first cave in the Kingdom of Hungary with electric lighting. Several important personalities, among them the Bulgarian Tsar and the King of Serbia visited it. In 1890, a concert in honour of Charles Luis Hapsburg was held in the Grand Hall of the cave. In the past, it was also possible to skate in the cave in summer.

The cave is also the lowest situated one in the world in terms of sea level altitude, which enhances its originality. Ice survives in the cave thanks to the form of the cave, which is similar to a sack. As the cave is situated lower than its entrance, the cold air maintains in its bottom and its temperature never increases above zero. 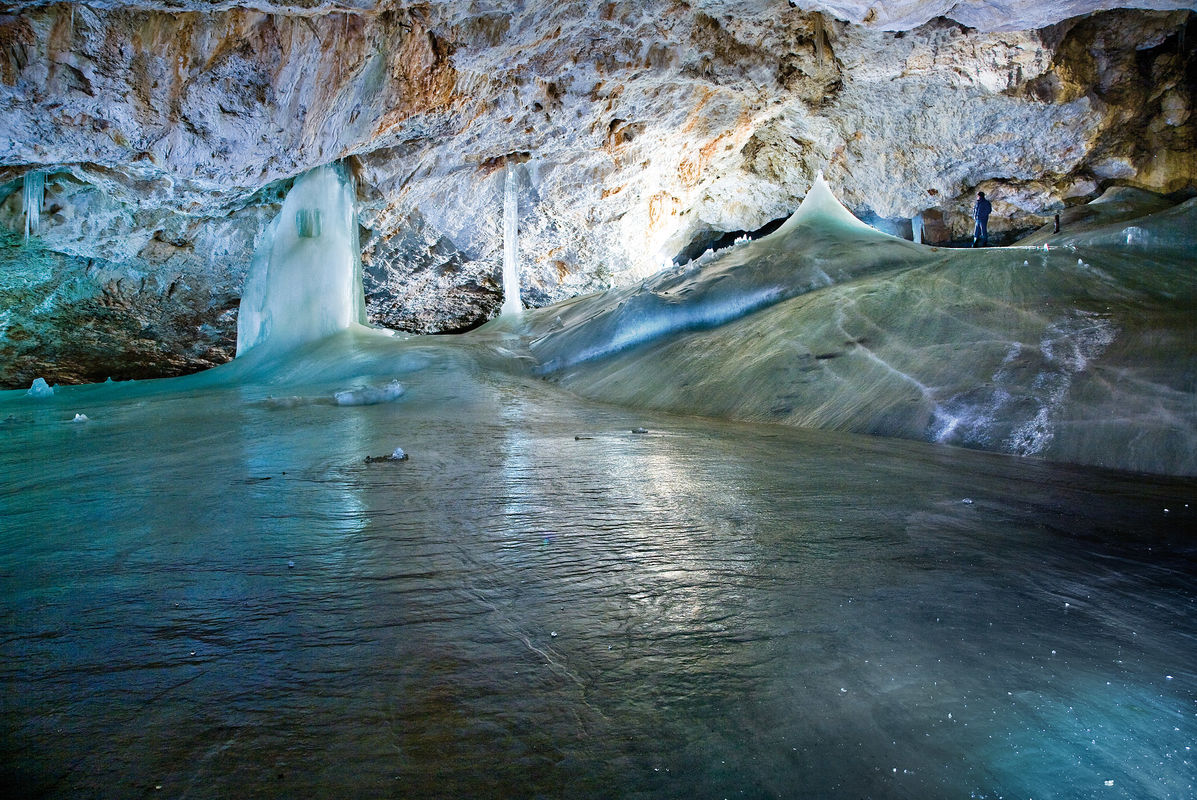 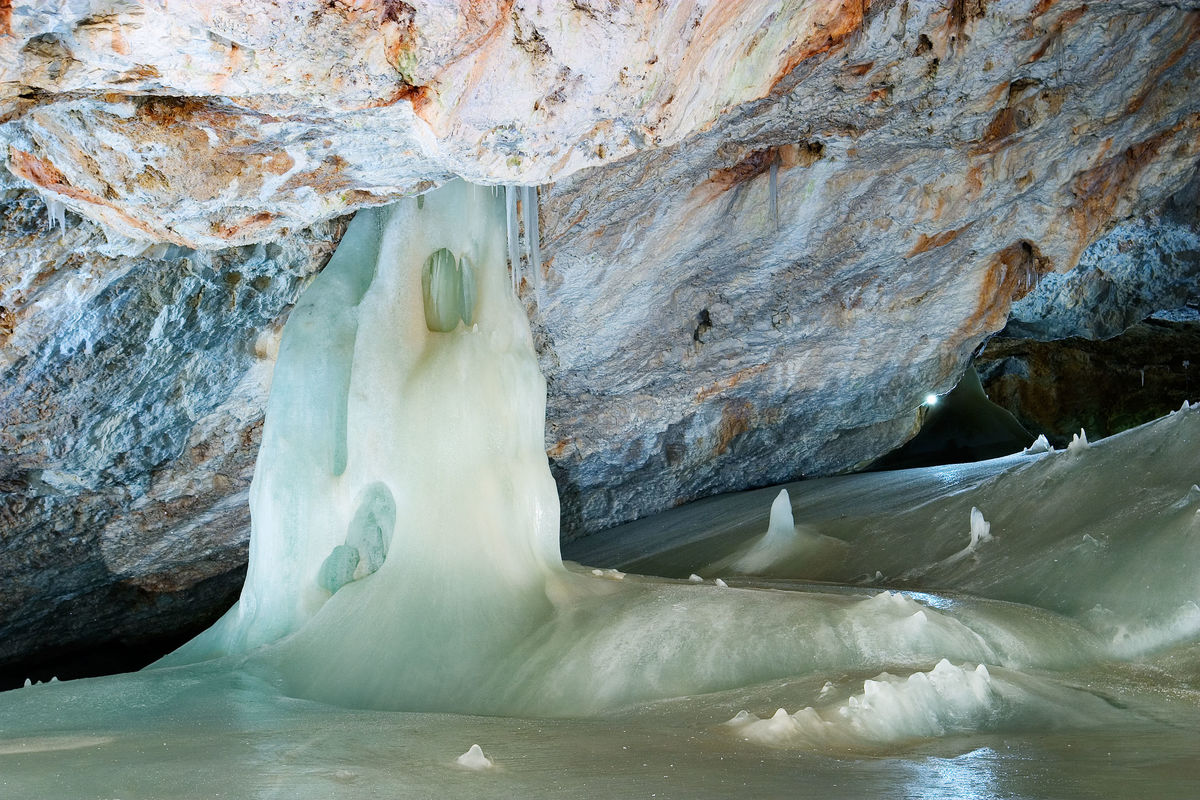 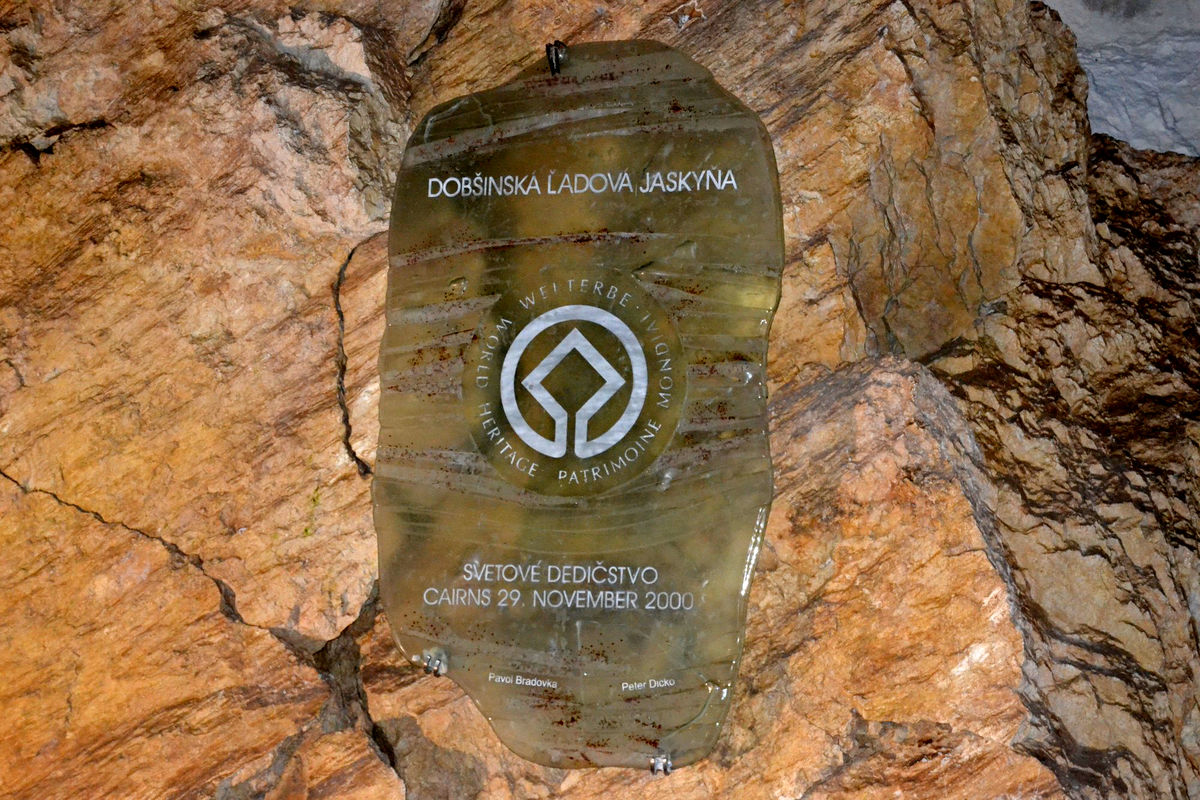