Dalí and Chagall in Poprad

On the occasion of its 55th anniversary since its establishment, Tatranská galéria (The Gallery of the Tatras) has decided to open its jubilee year with an extraordinary exhibition project of international importance. Over the next few weeks, visitors to the Elektrárňa (The Power Plant) will have the opportunity to see the unique concept of the original works of five world-famous French artists of the 20th century.

The most extensive is the exhibition of Dali, called Materialisation of the Surreal. Through 100 works, we shall introduce you to a major artist of the first half of the 20th century, who considered himself an intellectual artist. Salvador Dalí is known as one of the most important representatives of surrealism in art. 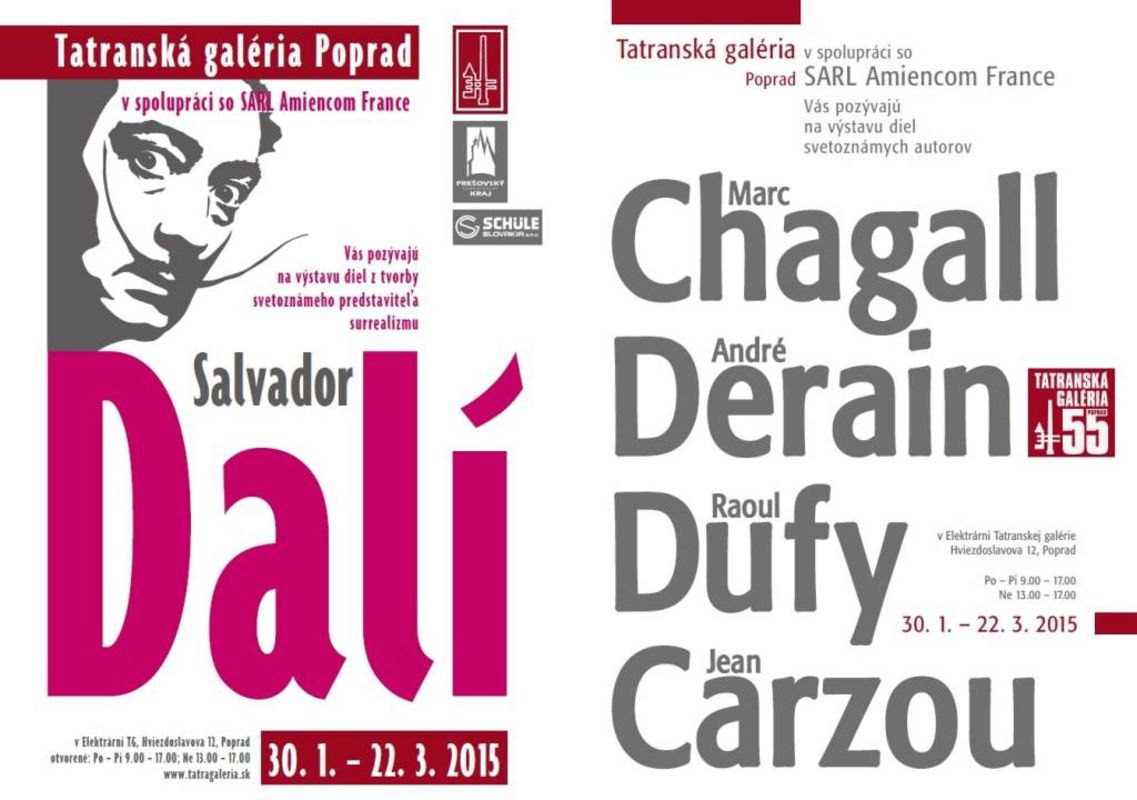