Coronations Ceremonies in Bratislava are a magnificent three-day event during which the town lives in a medieval atmosphere with kings, queens, nobility, troubadours and thousands of eager visitors.

During the Turkish invasions Bratislava became the capital of the Kingdom of Hungary and it got the privilege of a coronation town. In the years 1563 - 1830 ten Hungarian kings, one queen and eight royal wives were crowned in the Dome of St. Martin.

Bratislava came back to this tradition and at the end of June a pompous spectacle is organised to commemorate these events. It was first held in 2003 on the occasion of 440th anniversary of the first coronation of the Hungarian king Maximilian.

Actors in historical costumes take the kings oath in the same place where the coronations used to take place. Then, while the bells are ringing, they set off on horseback together with a pompous procession in historical costumes along the streets of the Old Town. The ceremony is completed by dubbing the knights of the Order of the Golden Spur, shooting from historical weapons and a folk festivity.

One of the biggest cultural events in Slovakia, commemorating the coronations of 18 kings and queens, who were crowned in Bratislava is performed annually in an experiential manner. According to historical documents, an authentic coronation ceremony is staged, and performed by about 150 actors in the costumes of the period at the Franciscan, in Primatial and Hviezdoslav Squares. The coronation ceremony is followed by the appointment of the knights of the Golden Spur Order, the coronation oath, folk festivity and fireworks. 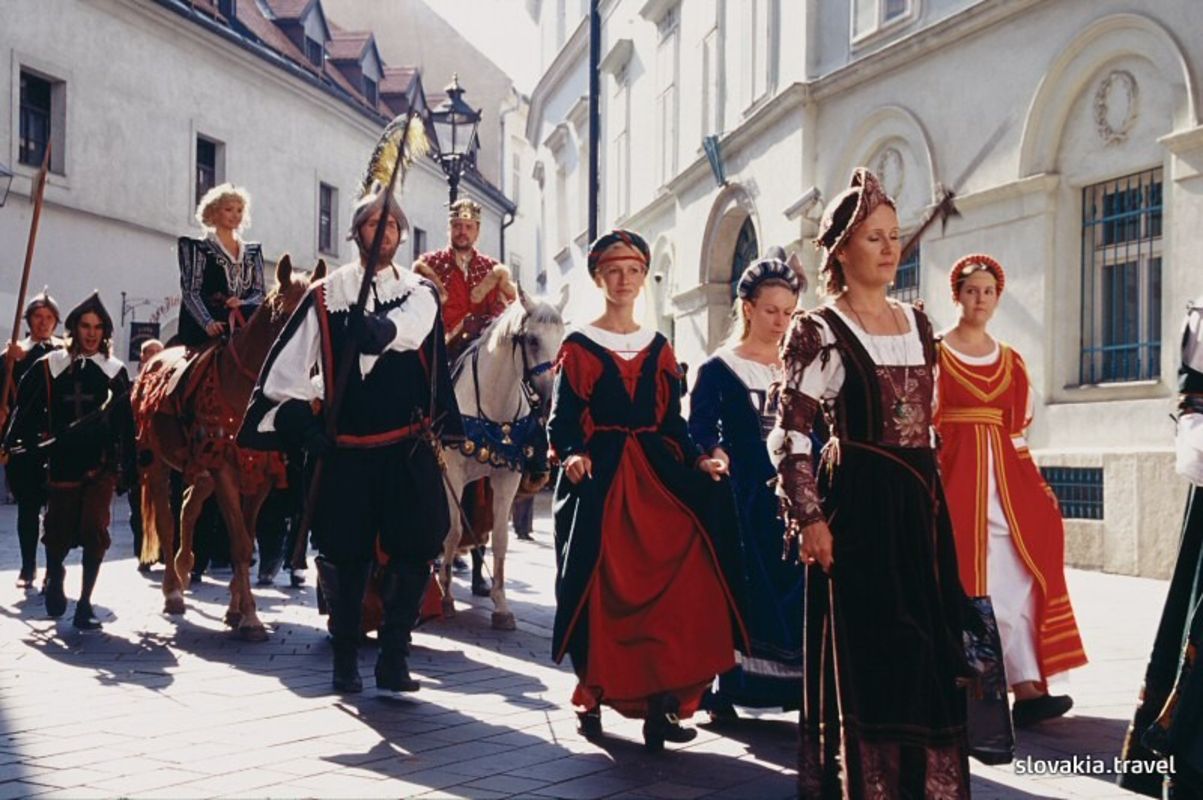