Church of the Virgin Mary - Bíňa

The village of Bíňa in the south-east of Slovakia is one of the most important archaeological sites in Slovakia.

The Roman Catholic church of the Virgin Mary with two towers built before 1217 is one of the sights of the village. Originally a Romanesque monastic church from the beginning of 13th century represents a late Romanesque building with unique Roman and early Gothic elements of European significance.

The visiors will be also attracted to the local Chapel of Twelve Apostles. Originally, it was a Romanesque rotunda with wall paintings from the beginning of the 12th century, renovated in the Baroque style after 1755. In 1944, due to a bombing, the Baroque coat fell off and the one in the Romanesque style appeared. 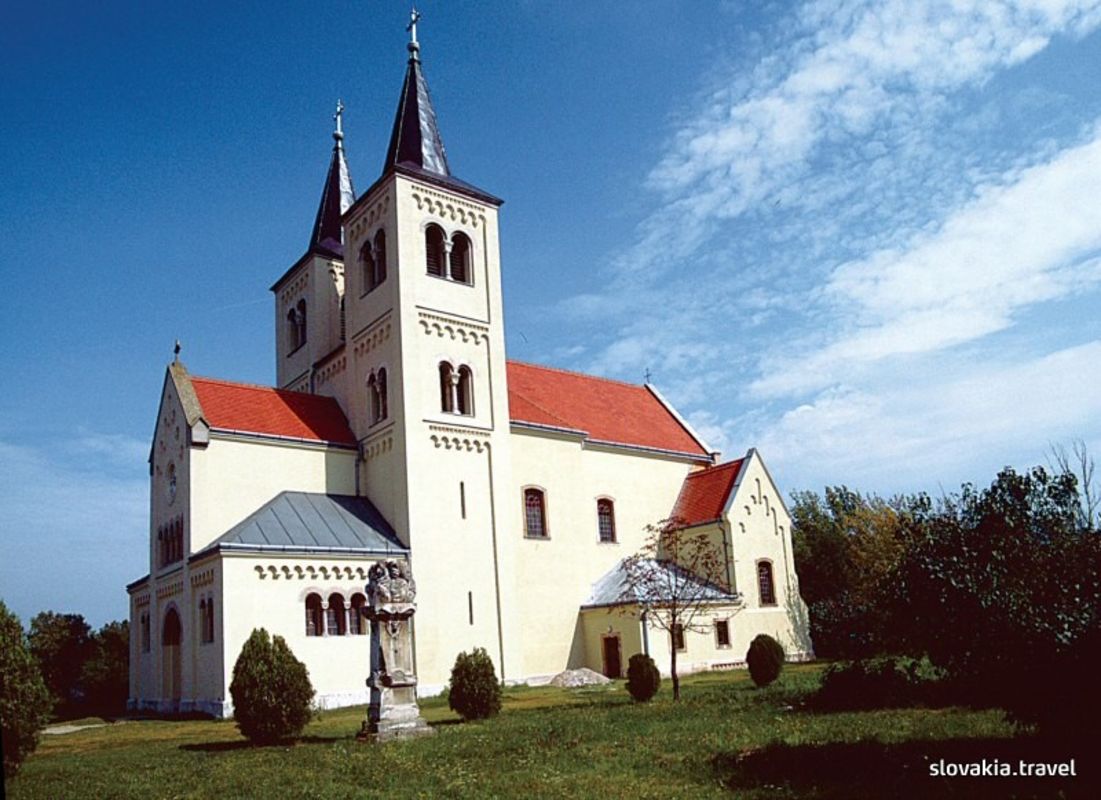