Church of the Holy Cross - Hamuliakovo

The most important sacred monument of the most western part of Žitný ostrov is the local Roman Catholic church of the Holy Cross from the 13th century.

It is one of the most important brick Romanesque sacred buildings in Slovakia. Its present appearance is the result of repeated reconstruction in the period of Baroque and in the 19th and 20th centuries. The fresco decoration from the second half of the 14th century is unique. It consists of Gothic wall paintings inspired in old Church symbols. 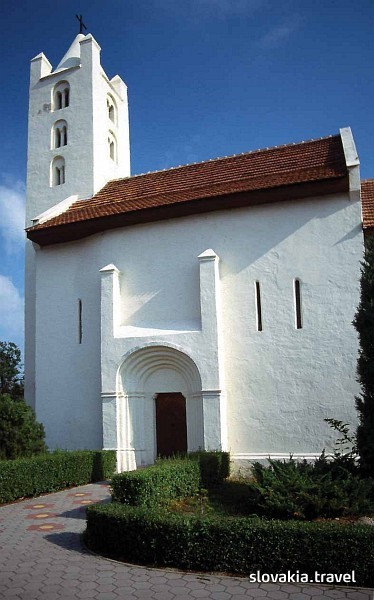