Church of Nativity of the Virgin Mary - Marianka

The most important sacral building in the village Marianka is the Roman Catholicchurch of Nativity of the Virgin Mary.

The statue of the sitting Madonna from the end of the 14th century, allegedly cut from a pear tree wood by some hermit, adorns the altar. As there are few Romanesque monuments preserved in Slovakia, Madonna of Marianka with the Romanesque flair is highly appreciated. In front of the church the Late Baroque statue of St John Nepomukstands. 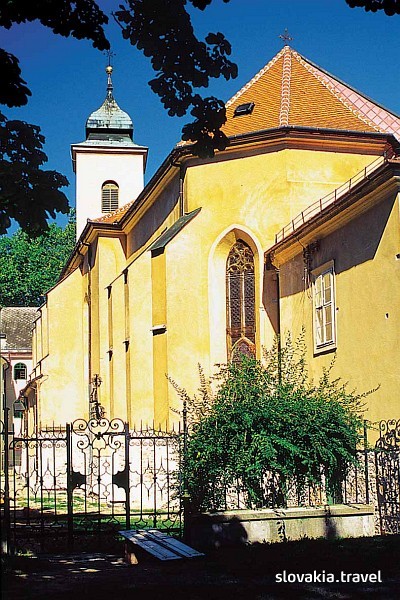