Central Slovakia, with its extensive forests is the least densely populated region of the country. It is home to the Low Tatras and Muránska planina national parks. The hilly terrain is well suited for ski resorts Donovaly or Jasná in the Low Tatras.

The rich mining industry tradition, which generated considerable wealth in a number of towns, is still visible through architecture built from those profits. The most notable mining cities are Banská Bystrica, Kremnica and Banská Štiavnica, perhaps the most celebrated town in central Slovakia.

In addition to the mines, caves are among the biggest attractions in the region with the huge mountain cave, the Dead Bats’ Cave and Bystrianska cave (both in the Low Tatras) or the Harmanecká Cave near Banská Bystrica among the most popular. The wooden church Hronsek, a UNESCO site, is also in Central Slovakia. 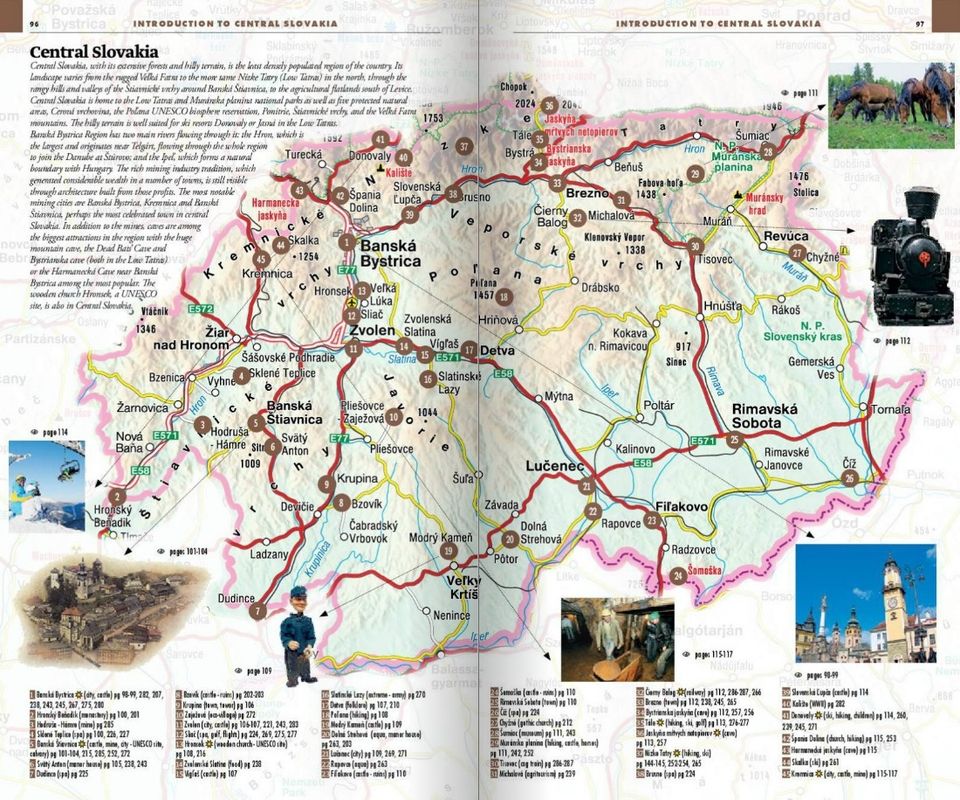