The thematic journey links the area between Bratislava and Žilina across both foothills of the Carpathian mountains and both banks of the Váh river. Its main attractions include castle, chateaux, manor houses, museums, urban monument reserves and sacral monuments, in which the approximately 750-kilometre long journey abounds.

On the route you will also visit many other museums and monuments, for instance a set of churches in Trnava and Skalka and Katarínka monasteries. Beautiful urban monument reserves can be found in Bratislava, Svätý Jur, Trnava, Trenčín and Žilina.

The journey will be made even more enjoyable by visiting natural monuments, or climbing several points providing a spectacular outlook. You should not miss outliers in Vršatec, Červený kameň and Lednice, or Manínska and Kostolecká tiesňava gorges andSúľov rocks (Súľovské skaly). In summer, various interesting events in castles and the areas below are certainly worth your attention.

The route is intended for both Slovak and foreign visitors. You can travel in groups or individually using cars, motorcycles or bicycles. The journey is taken on state roads, while the cycling route uses marked cyclopaths. The length of the journey is about750 kilometres. Participants with a spirit of competition can join a touring contest. Conditions and details can be found at the Internet. Electronically-published Royal News updates those interested on current developments on the Castle Route. 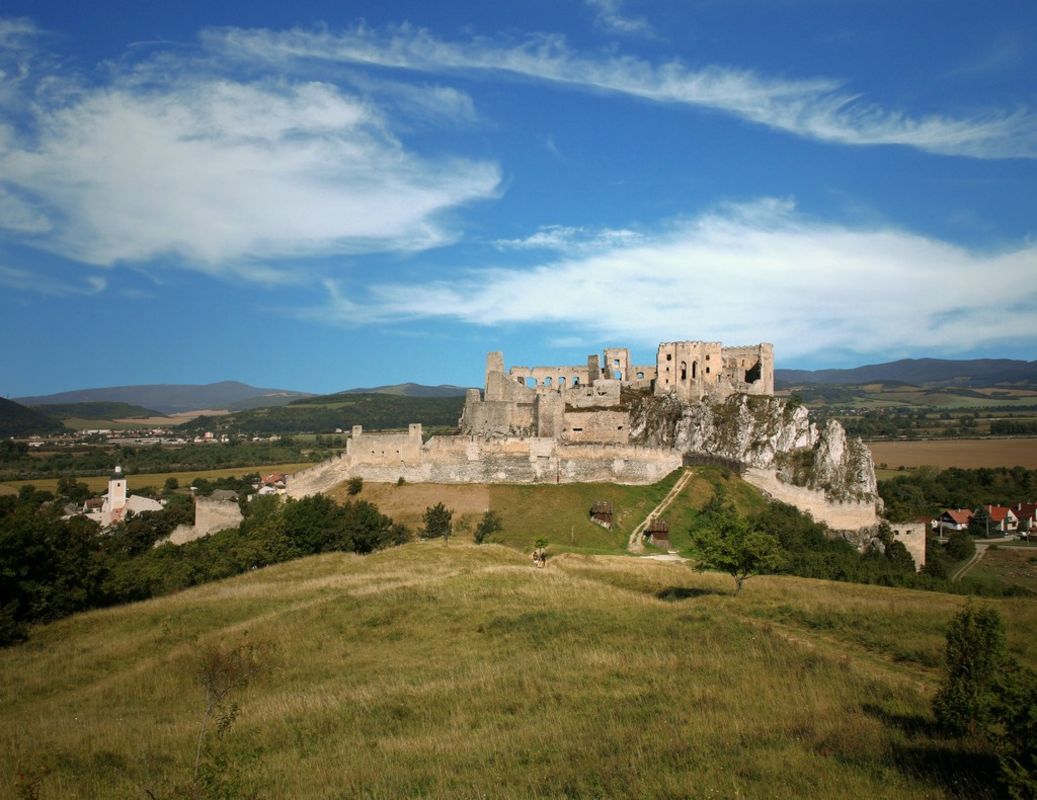