The Carnival is the merriest time of the year. Its origins go back to the pre-Christian era and it belongs among the customs connected with the break of the winter and the spring.

The Carnival, starting at Epiphany and ending on Ash Wednesday, comes before the Lent. In the past as well as nowadays, it is the time of merriness and feasts. It culminates in the carnival mask ball symbolising the world “upside down” during which the social barriers were neglected.

The most ancient masks are those representing various animals, the most frequent being the mask of the bull (bull-human), the goat, the bear and the horse.

The carnival time reaches its top in the last week before the Lent when masked groups go singing round the village and they make various tricks. The symbol of the end of the Carnival is the ceremony called pochovávanie basy (burying of the bass) on Mardi Gras, during which a real funeral is parodied. 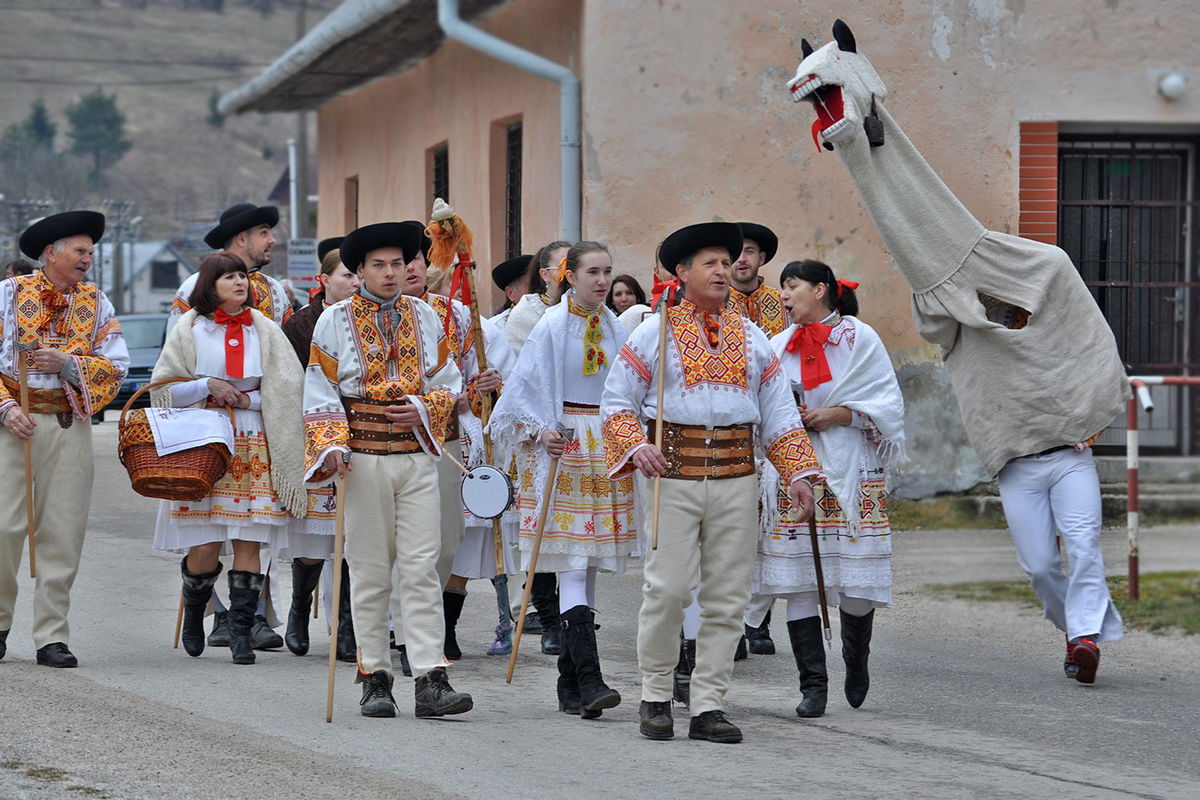 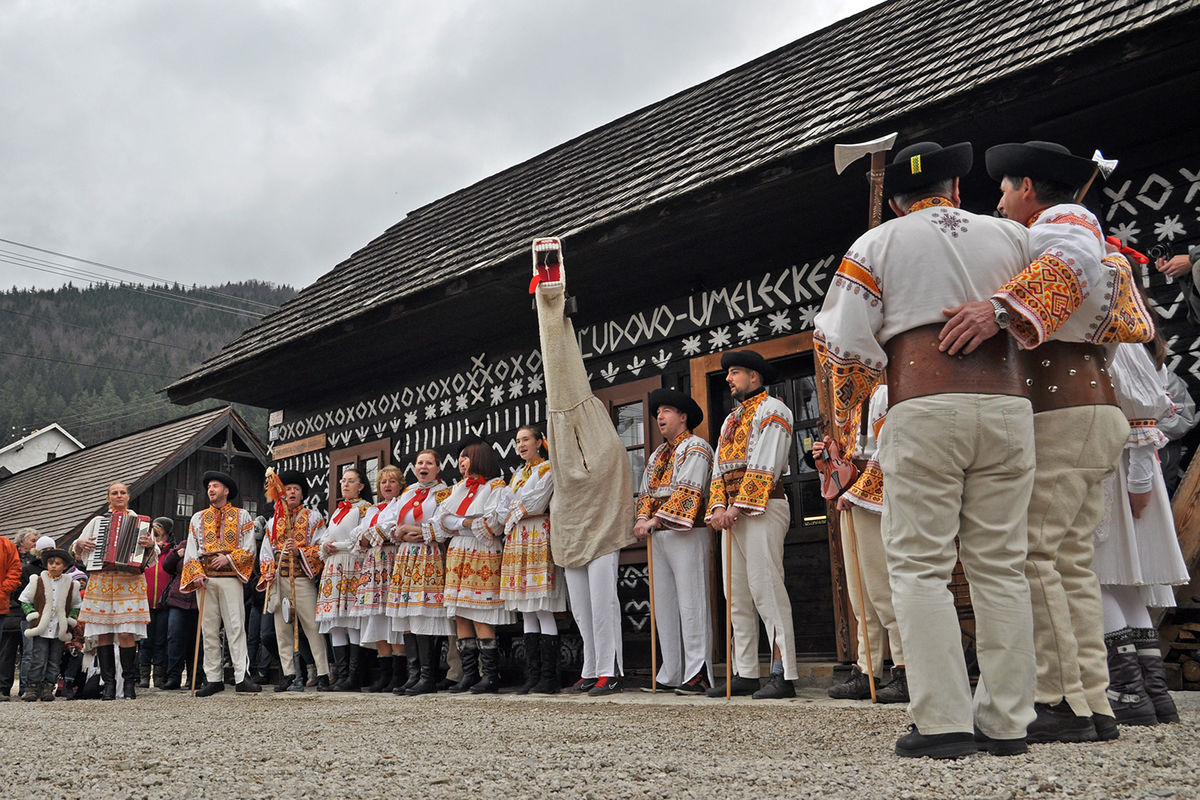 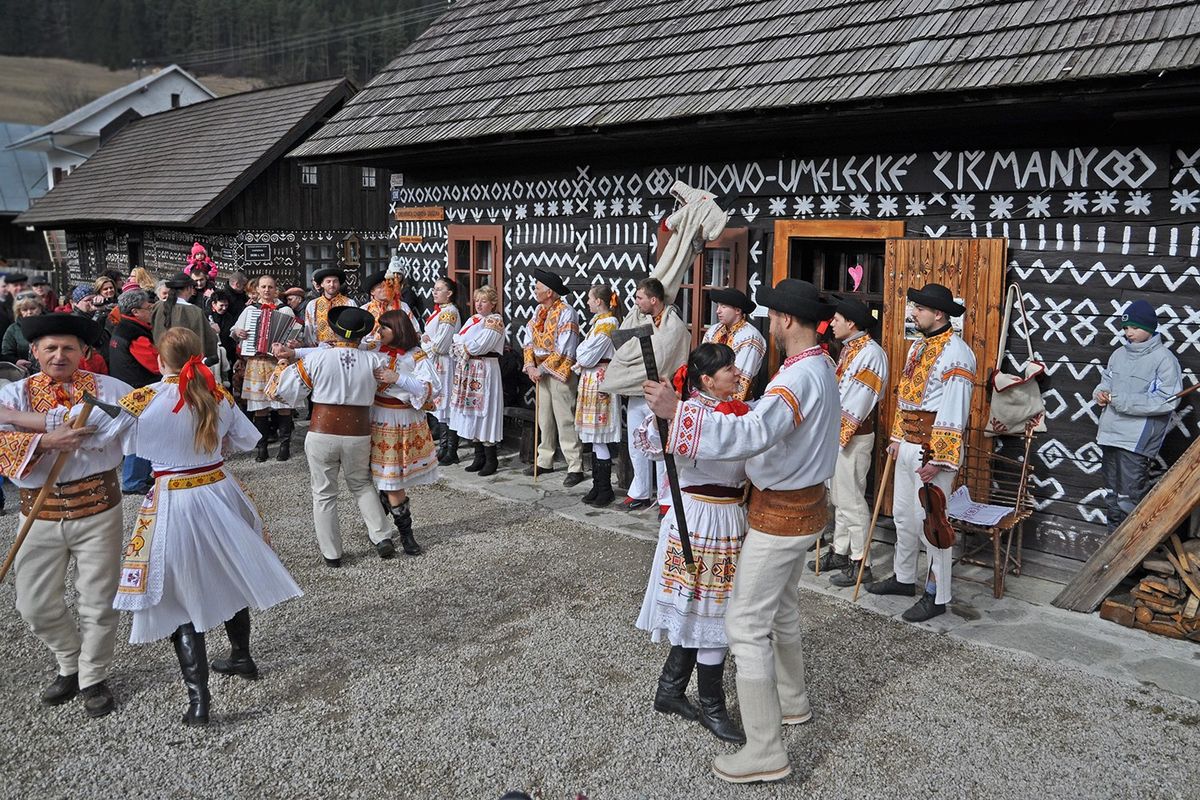 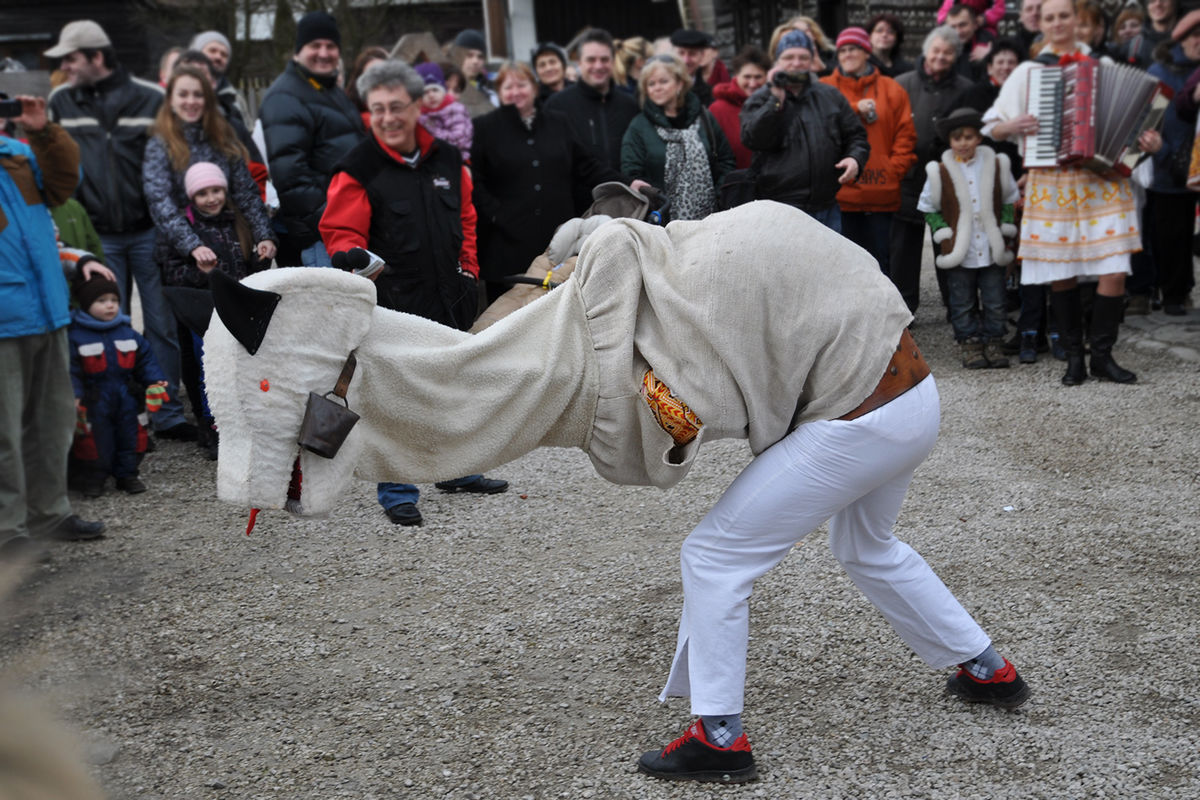 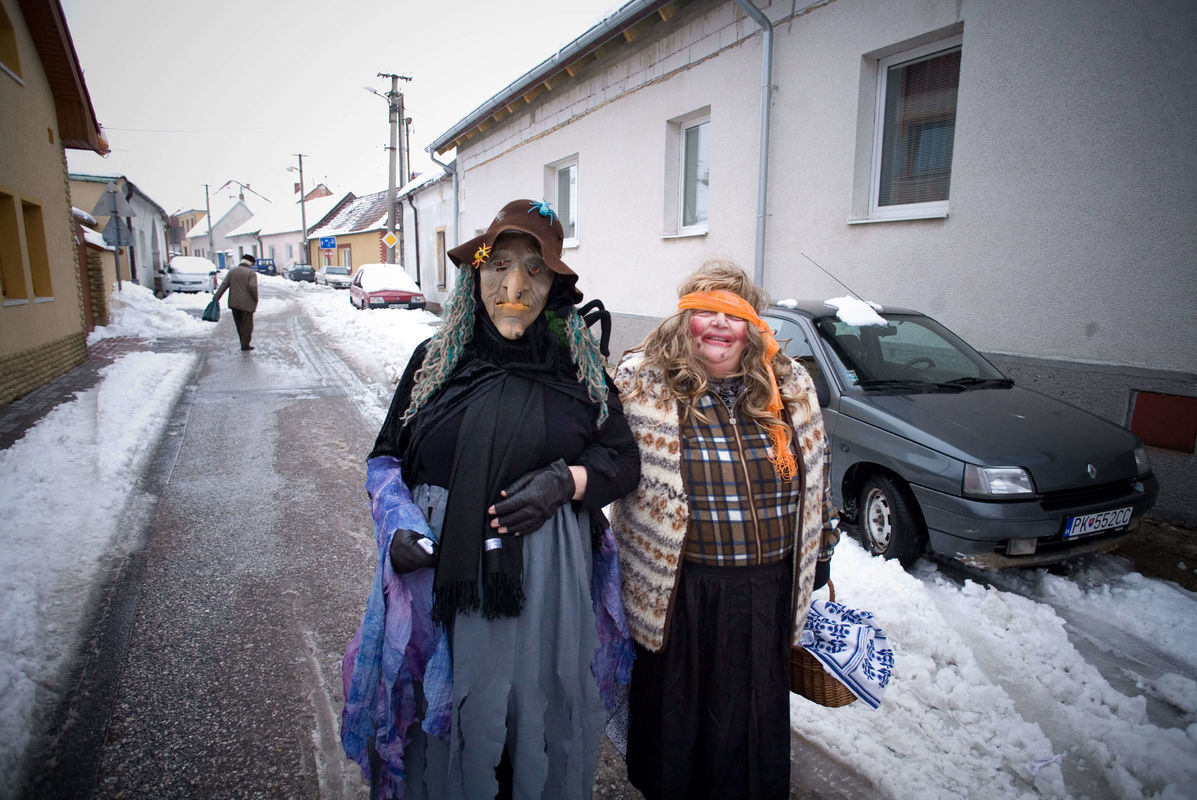