The bridge in Kráľová pri Senci in the south-west of Slovakia is considered the most beautiful of bridges inscribed in the governmental list of monuments.

It is a three-arch stone bridge with balustrades built in the Baroque/End of the Century styles. It stands over the brook Čierna voda. In the past, it communicated what was called the French Garden with the English Park in the noble family Pálffys estate  The buildings did not survive, so it seems that the bridge leads from somewhere to nowhere and it is only used as a part of the cyclist lane which was established here in 2002.

The bridge was probably built in 1904. Before 1900, a wooden bridge existed next to the Pálffy manor. The lord of the estate had it pulled down. The existing bridge was made to design of Ing. Ján Nagymihály from 1903 and a year later Italian builders and stonemasons erected the bridge. It has got a concrete skeleton and its flanks are filled in with red bricks. It bears traces of the End of the Century style from the beginning of the 20th century.  It is 42 metres long and the bowed lane is 4.8 metres wide. It is quite often used as background for historical films. 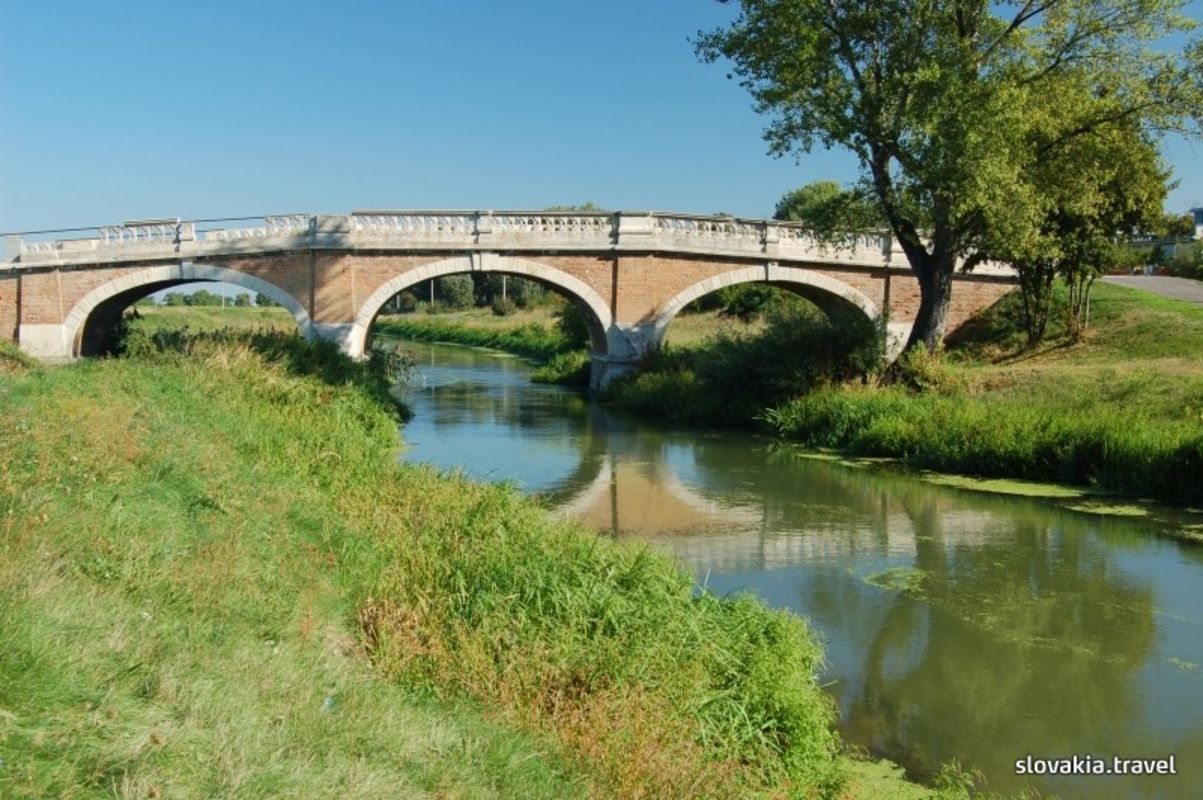