Brian May and Kerry Ellis in Slovakia

Brian May & Kerry Ellis are taking their One Voice tour across Central and Eastern Europe. They will perform in Bratislava on March 9, 2016.

Brian May, a composer and producer known most of all as the phenomenal guitar player of the legendary band Queen, and the singer Kerry Ellis, the star of London's West End and New York's Broadway, comprise this famous duo with hit albums such as “Anthems” and “Acoustic by Candlelight.” The duo has recently released their song “One Voice,” composed by Ruth Moody, a composer, sopranist, and co-founder of the Canadian folk trio The Wailin’ Jennys. 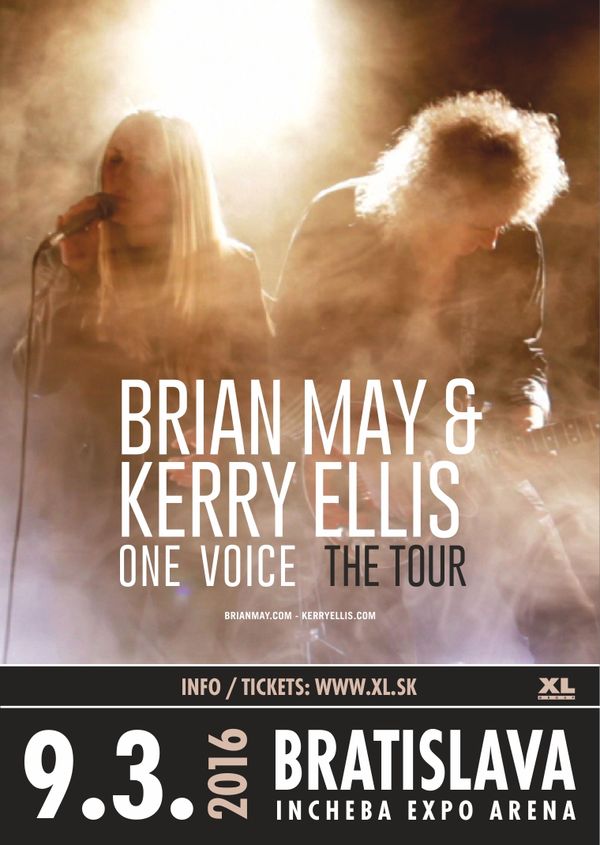