There are only several cities on the map of Europe with such a unique position and rich history as those of BRATISLAVA - the Capital of the Slovak republic. The river Danube, the second greatest river of Europe, is its pride and symbol.

The symbol of rich history and a typical dominant of the city is the Castle of Bratislava. One can contemplate not only the  magnificent view of the city but also the neighbouring Austria and Hungary, that Bratislava borders on,  from its courtyard or the windows of the Castle.

Right below the Castle there is the Gothic St Martin Minster, the religious symbol of Bratislava. It enshrines the monumental Baroque statue of St Martin sculptured by the Austrian George Rafael Donner. The statue is considered one of his most valuable works. The wonderful tower with the gilded copy of the Hungarian crown which symbolizes coronation of Kings of Hungary is also part of the Minster. Eleven kings and eight queens including Maria Theresa have been crowned in this church in the years between 1563 and 1830.

Narrow medieval lanes lead to the town gate Michalská brána, the only surviving one of the town fortifications. The upper terrace of its tower offers an impressing view of the Renaissance and Baroque palaces in the Old Town quarter.

The example of the Rococo style is the most beautiful of Bratislava palaces - the Mirbach Palace, now housing a gallery. The dominant of the square Hlavné námestie, the centre of the medieval town where all exciting historical events took place is the building of the Old Town Hall and the Renaissance font of Maximilian which represents the Emperor Maximilian II as the legendary Knight Roland, the patron of towns. The square is still the centre of life of the town above all in summer and during the traditional Christmas market and New Years Eve feast. The originally Gothic building of the Old Town Hall contains exhibits of the municipal museum. In the adjacent square Primaciálne námestie stands the most beautiful example of the Classicist architecture the Primate Palace. In its interior visitors can admire the unique collection of six tapestries of Bratislava from the 17th century. They were made by artisans of the English Royal Manufacture at Mortlake and depict the legend of a tragic love.

The restored Promenade on the Hviezdoslavovo námestie square, with the dominating buildings of the Slovak National Theatre and Opera and of the Radisson Blue Carlton Hotel are also among the favourite places of the locals. 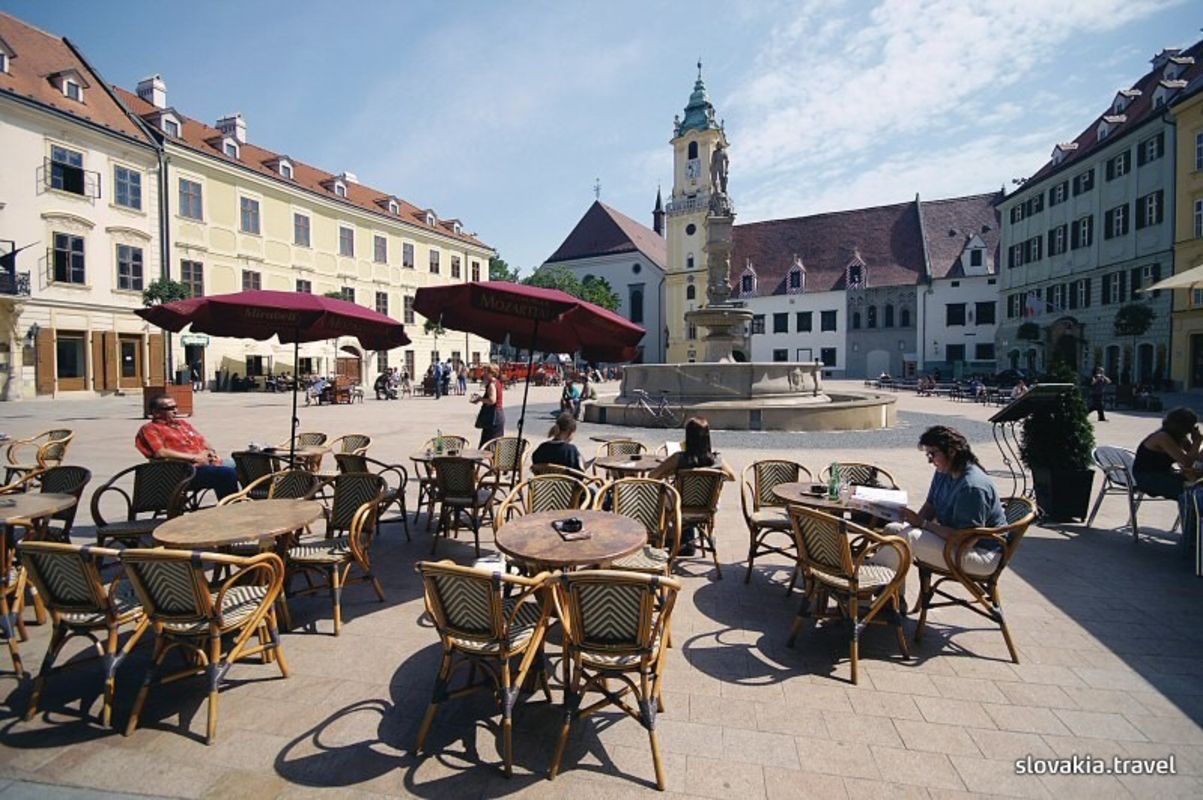