The Bratislava region, the most densely settled and urbanised area of Slovakia. Its strategic location at the junction of the Czech Republic, Austria and Hungary has been a key factor in making it the most prosperous region in Slovakia.

Historically, its location at the border of the Kingdon of Hungary made the region well suited for the construction of castles like the Bratislava Castle, Devín Castle or Červený Kameň (the Red Rock Castle).The southeastern flanks of the Small Carpathians have been a wine-growing area for hundreds of years.

Bratislava had always been a major city in the former Kingdom of Hungary and the Austro-Hungarian Empire, substituting for the coronations of several rulers when Hungary was overrun by the Ottomans.

The easily manageable city boasts a scenic old town, huddled beneath the castle on the banks of the Danube, dominated by baroque palaces and condensed, narrow, mediaeval streets. 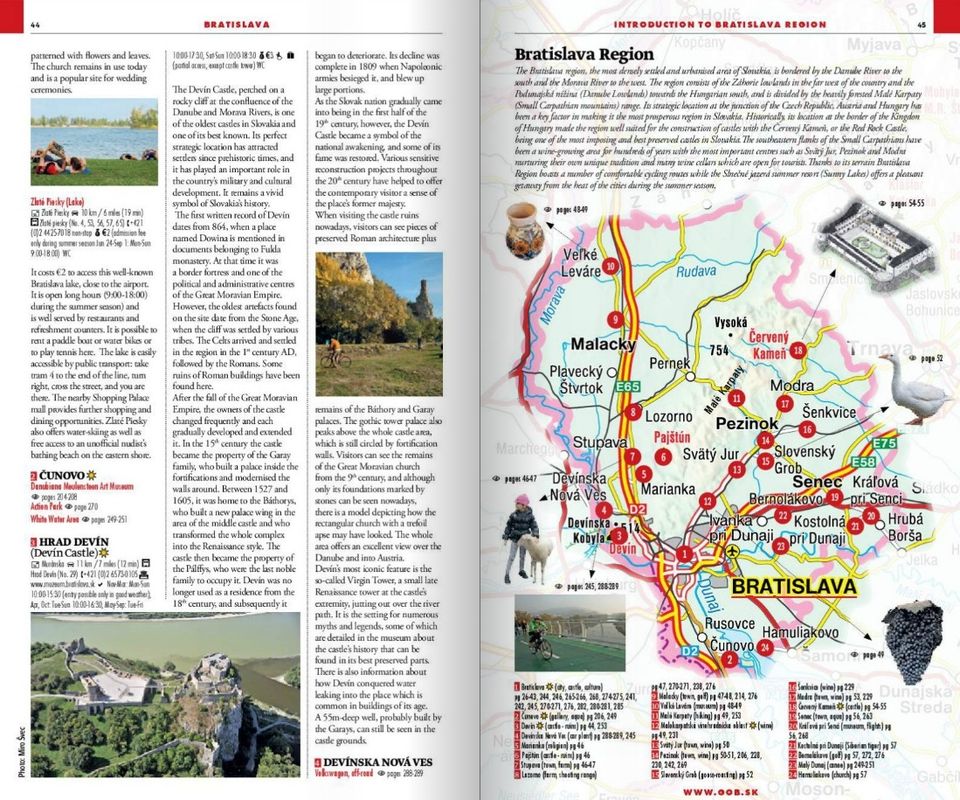