The monumental building of the Bratislava Castle is visible from a great distance. Certainly, every visitor of Bratislava notices the pronounced silhouette. The majestic impression is enhanced by the hill it stands on, some eighty-five metres above the water level of the Danube river.

The last stage of big building alterations of the Bratislava Castle was accomplished by Maria Theresa. She had all fortifying elements of the Pallfys castle removed and simultaneously improved or extended its residential functions complying with the criteria of what was then considered the utmost luxury. The most interesting building though was that of what was later on called Theresianum which was added to the eastern front side of the palace in 1768.

The lovely Rococo palace was the seat of the Governor, Prince Albert, who acquired the office after he married Archduchess Maria Christina, daughter of Queen Maria Theresa. The couple, as art lovers, started to collect art works, which later became part of what is known nowadays as the Viennese Gallery Albertinum.

In May 1811, a devastating fire burst out in the castle. Nothing was done with the massive ruins of the burnt castle palace for the next hundred and fifty years. Reconstruction of the castle place was finished only in 1968. Many parts of the Bratislava Castle are open to the public. They contain various exhibitions of the Slovak National Museum.

The Bratislava Castle is the seat of the Museum of History of the SNM that takes care of the plentiful collection of items that primarily includes collections of historical furniture, visual arts, clocks, historical glassware, porcelain and ceramics, dress accessories and objects from silver.

Where was the Celtic oppidum? Where did Mária Terézia go for a walk? Pieces of plasterwork from the uncovered Great Moravian Basilica, stone artifacts from the Gothic Castle of Sigismund of Luxemburg, objects that were discovered upon archeological research, as well as vedutas and graphic works from the Bratislava Castle - visitors can see all of them in the renewed exhibition.

Theatre performances, Shakespeare`s festival and concerts are organized at the castle courtyard mainly in summer under the star-lit sky.

Part of the castle area is the park where the foundations of the Great Moravian basilica are displayed. A walk through the park offers different views of Bratislava including that of the modest statue of St. Elisabeth, who was born at the Bratislava Castle in 1207.

Access: by car and public transport to the castle, on foot from the city centre (it takes about 15 minutes).

Adults: From 6 €
Reduced admission fee: From 3 €
Complete pricelist to be clarified by service provider 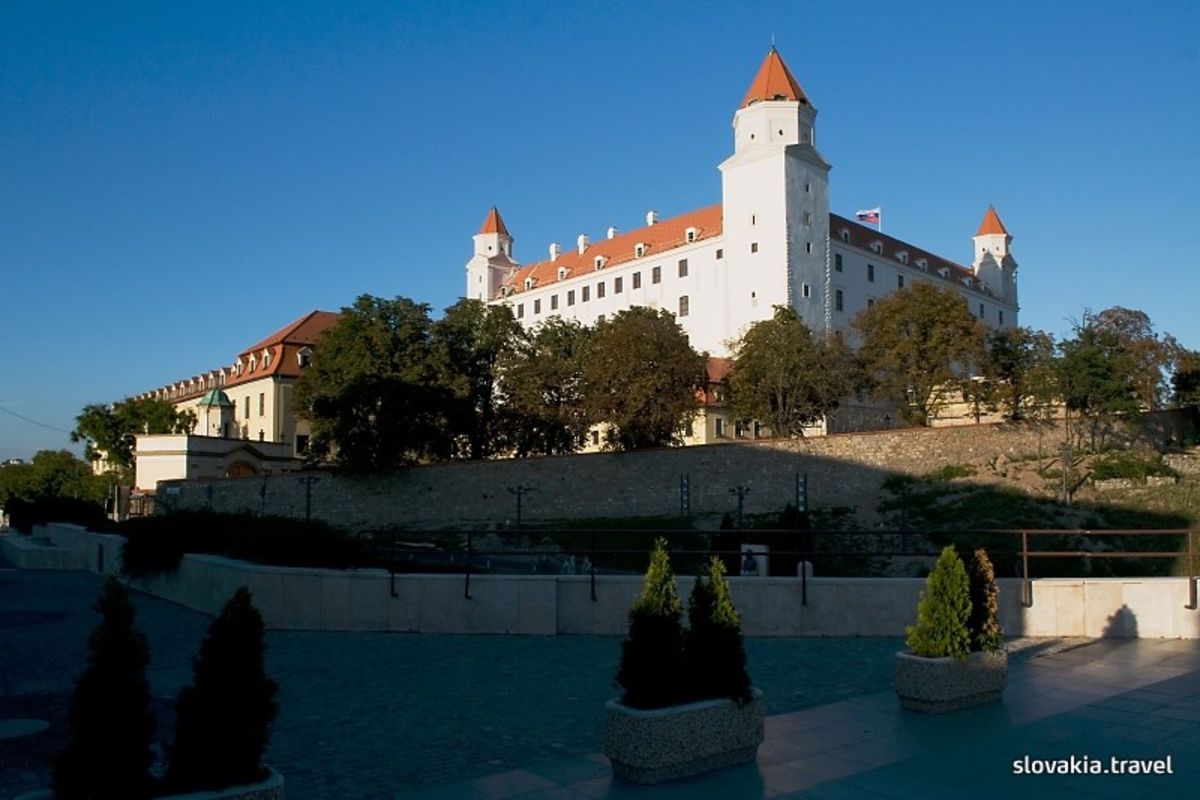