Blue eyes of the Slovak mountains

The Tatra lakes are called tarns. They are the "eyes" of the Tatras and together with the Tatra peaks create a picturesque scenery. Each of the tarns will fascinate the visitors with their specific colour resulting from their location and the shade of the surrounding mountain background. 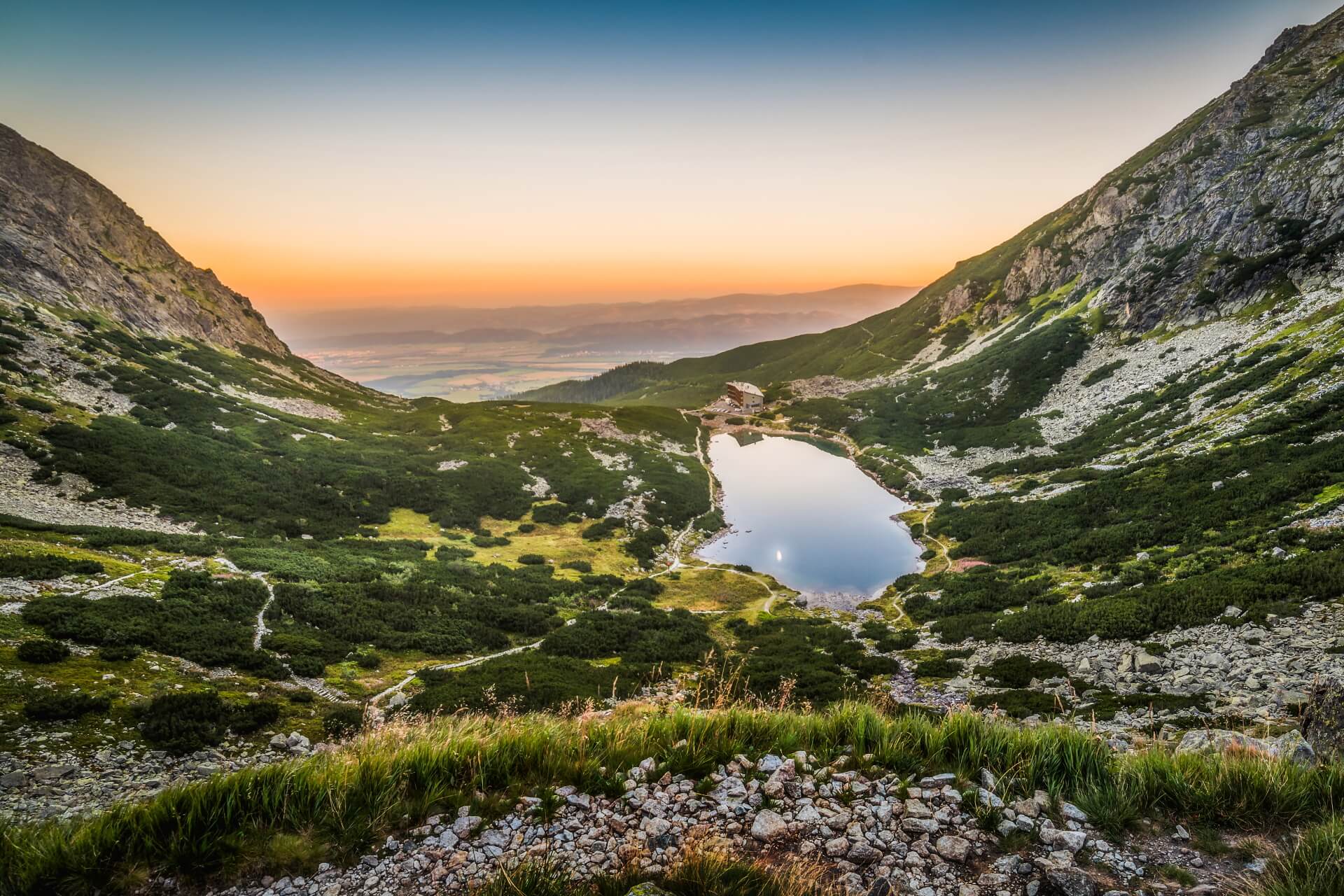 Most of the Slovak lakes are of glacier origin, while almost all of them are situated in the Tatras. They are the remains of the glacier activity in the last ice age, during which water from the melted glaciers filled the surface cavities. 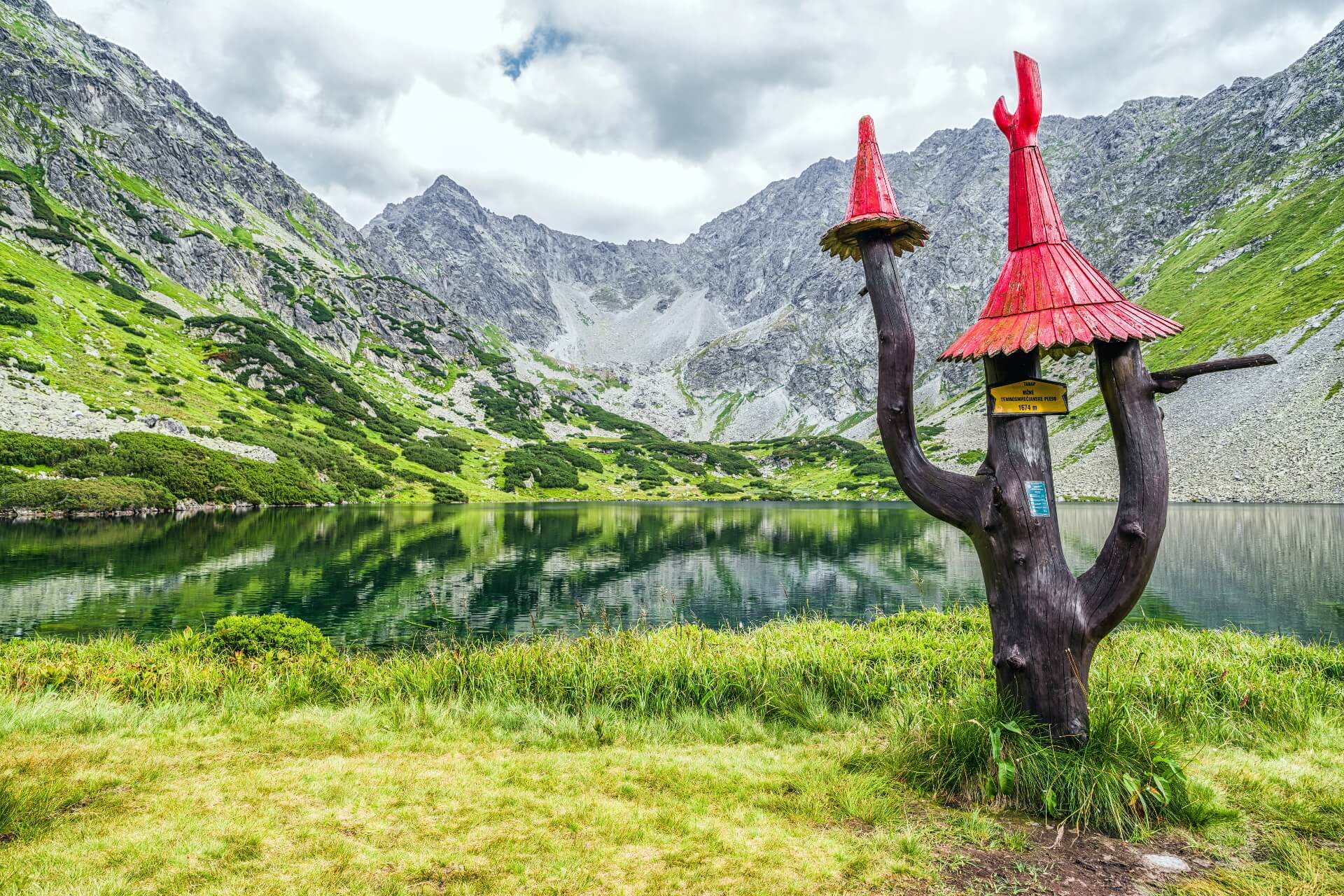 Only in the High Tatras it can be found about 100 of them. With area of 20 hectares and the depth of 53 metres, the biggest and the deepest one is the tarn Veľké Hincovo pleso. 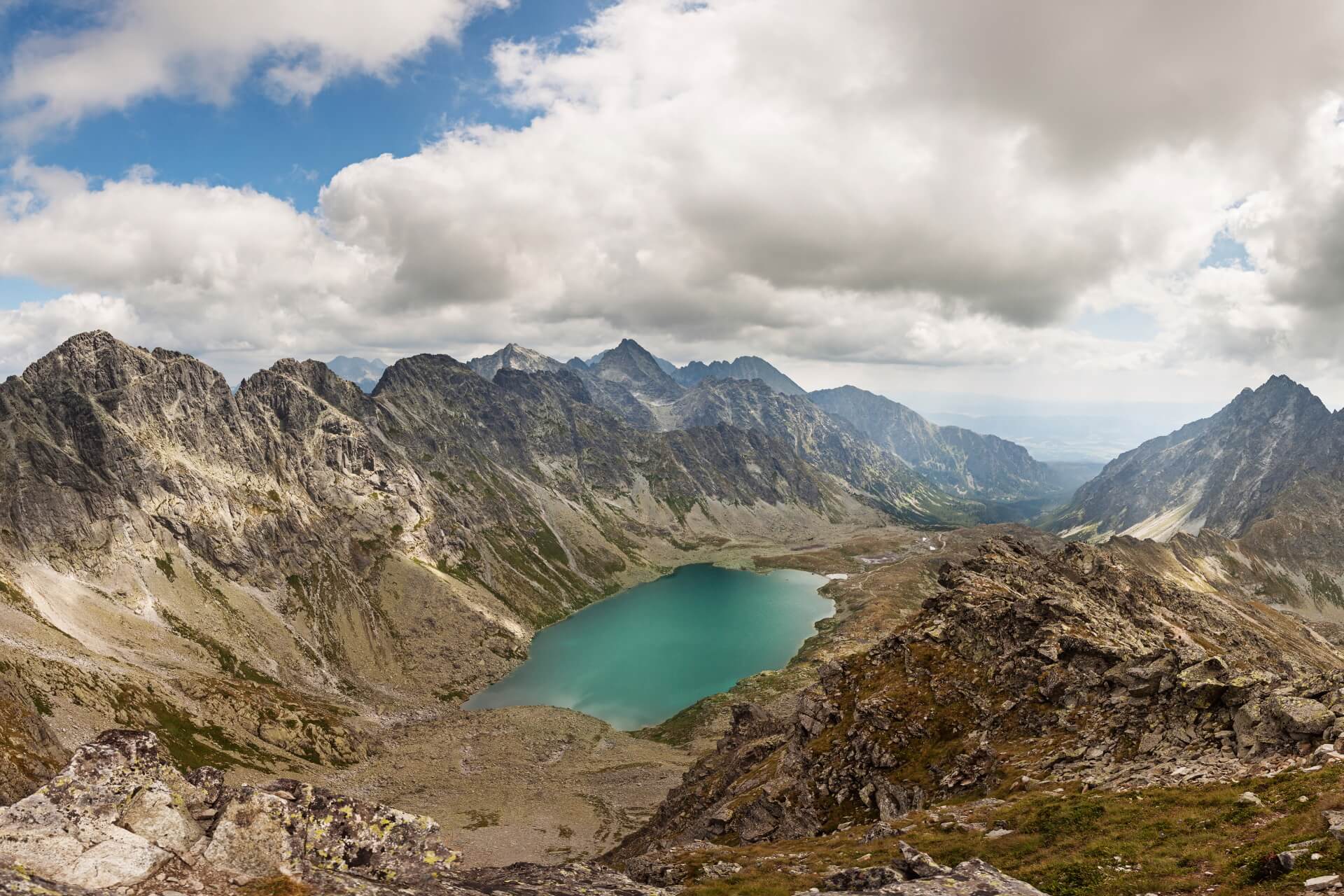 Due to unevenly intensive glacier activity waterfalls were also created in the Tatras. The highest of them is the waterfall called Kmeťov vodopád in the Nefcerka valley. Its individual levels have the height of about 80 metres. Many waterfalls are multi-level and their cascades are the attractions of more valleys. 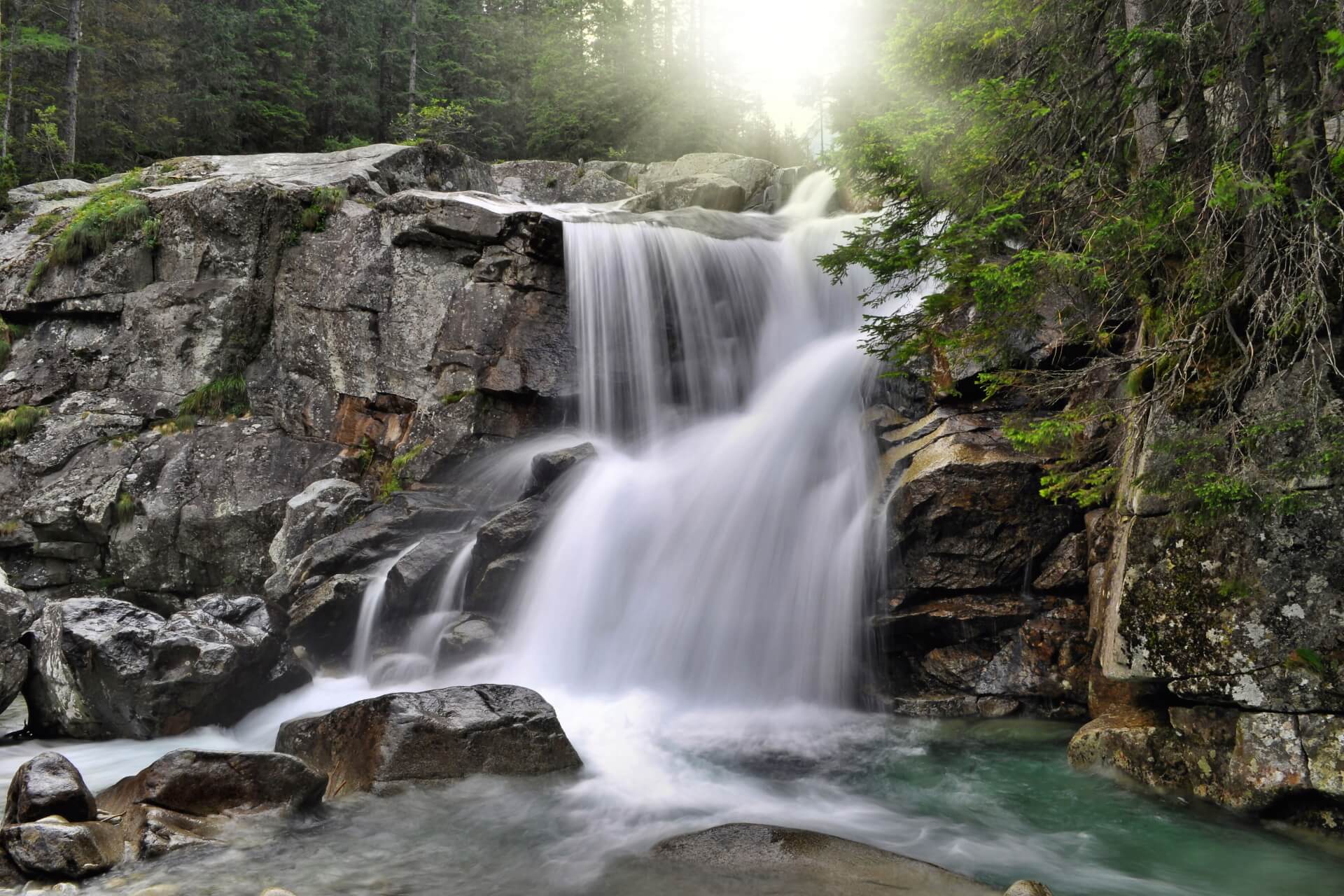 The Waterfalls of Cold Creek rank among the most famous, which are one of the most visited tourist destinations in the Tatras. They create a complex system of multi-level cascades. There is a nice view of the Huge Waterfall waterfall from the bridged on the Tatra arterial road. The water foamed to white falls in a notch between two rocks to the depth of 20 metres. 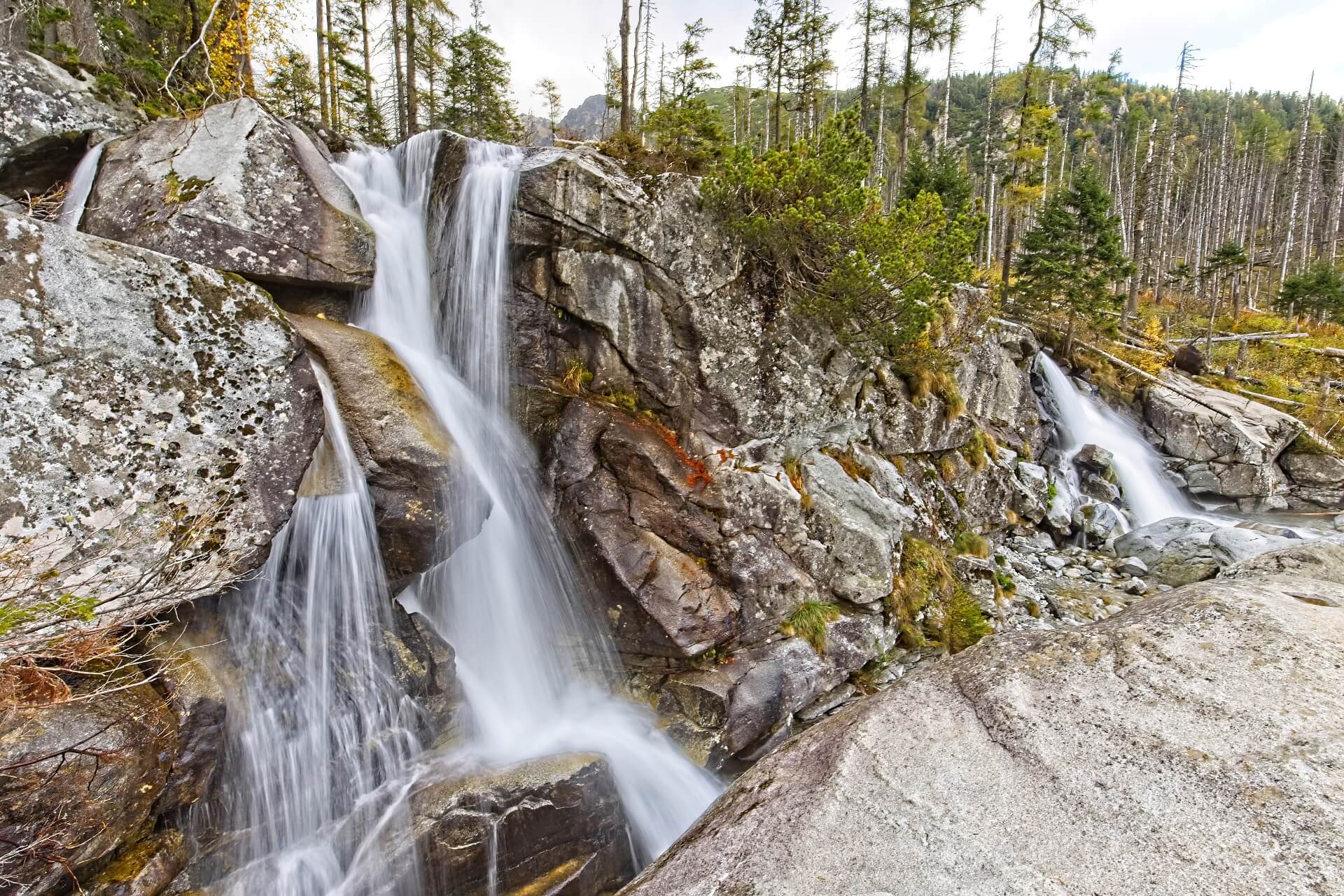 The Triple Waterfall has in Hungarian and German languages a poetic name, which may be translated as the "waterfall of artists". It is hidden in the forest, and tourist only rarely visit it. Under the joining of the Great and Little Cold Creek lay another four waterfalls. The highest of them is the cascade of the waterfall Little Waterfall. 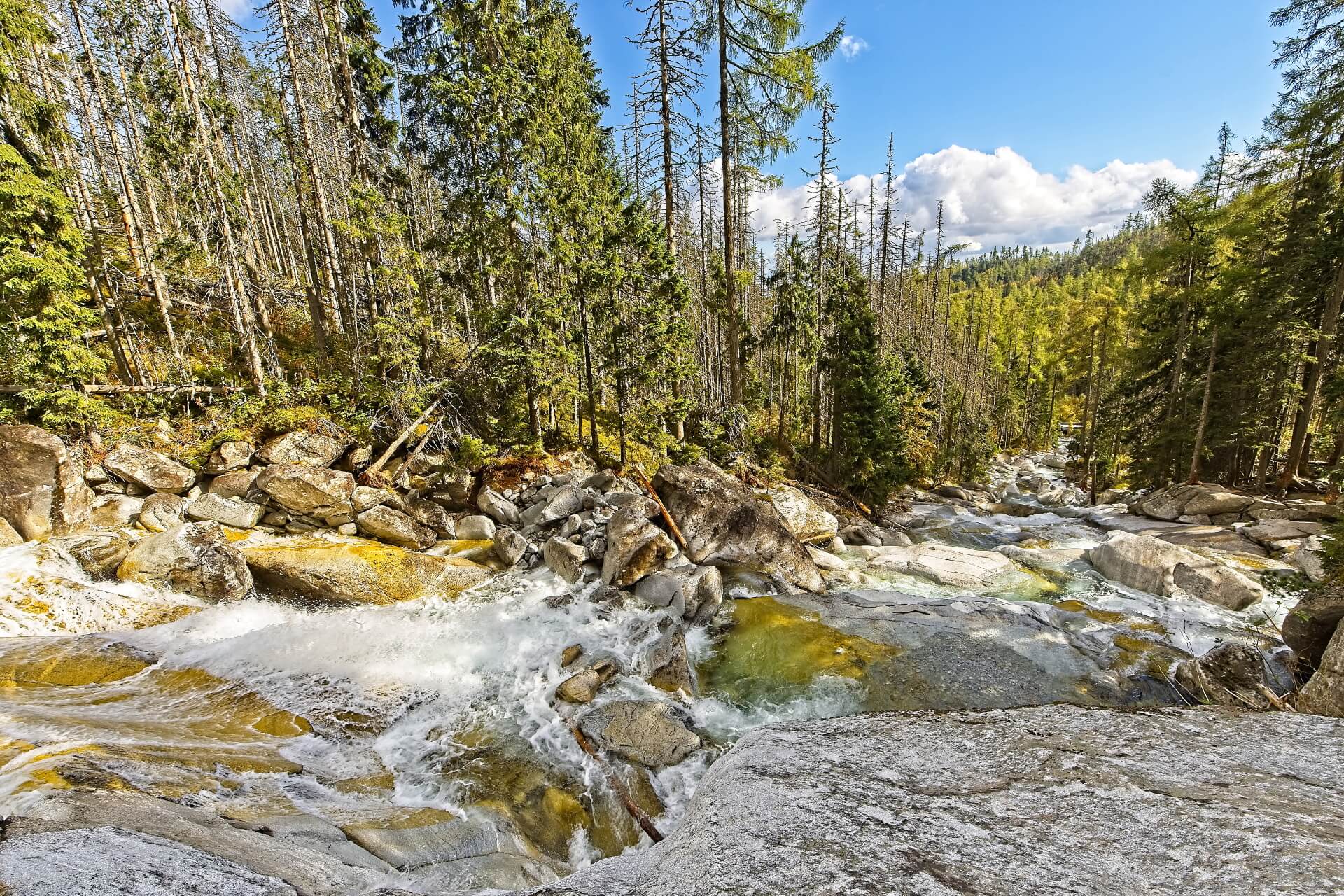 In the height above the sea level of 1,247 metres lays the waterfall Hidden Waterfall. Underneath it, in the height of 1,226 metres is situated the bottom end of the cascades of the Huge Waterfall. Its highest cascade has 13 metres. Beautiful waterfalls may be found – besides the Tatras – also in other Slovak mountains – for example in the Slovak Paradise. 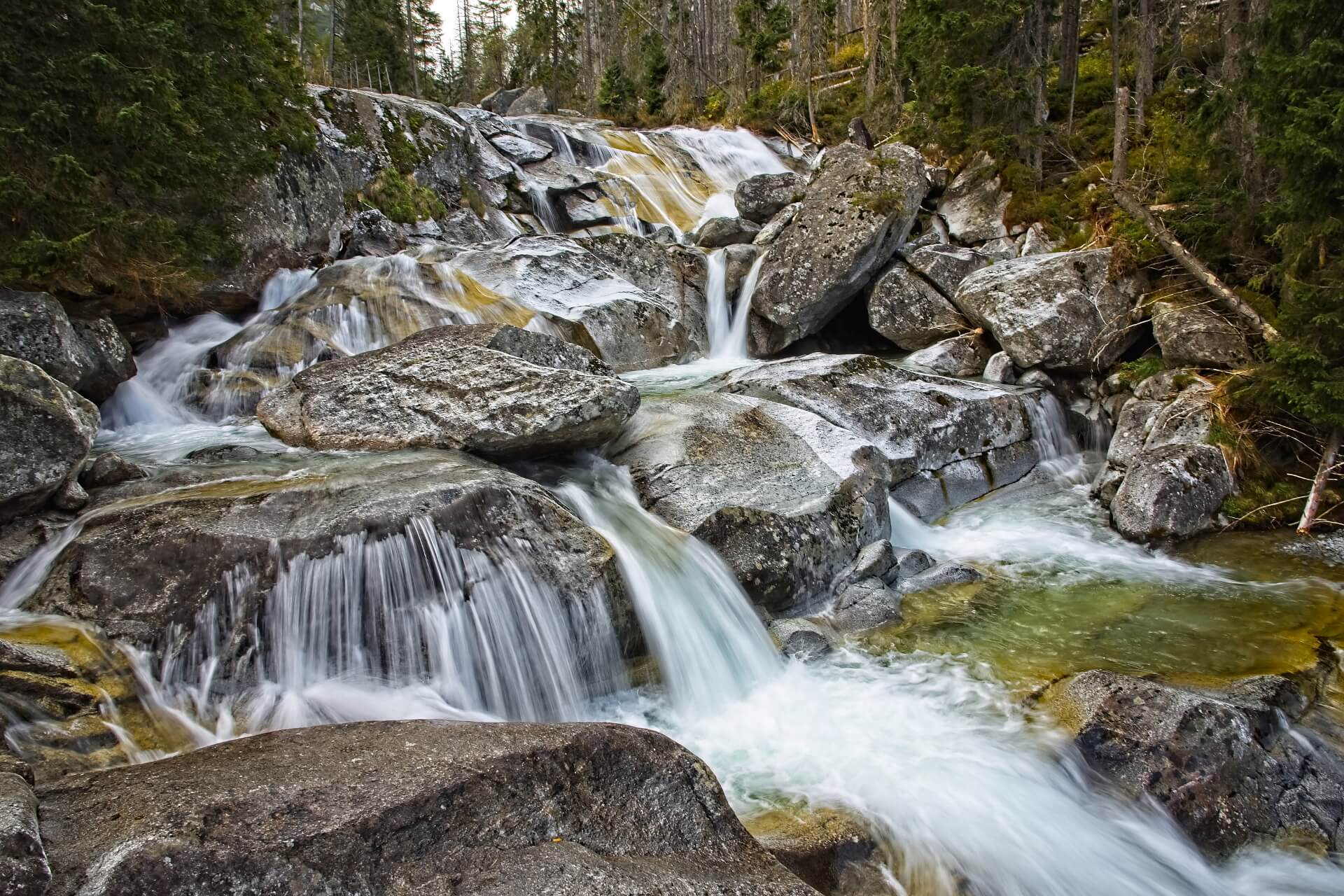 The rarity of the Slovak waters is the famous Herliansky geyser, which springs from the ground from the former spa Herľany in eastern Slovakia. The water gushes out approximately 20 to 30 minutes to the maximum height of 20 metres. As this unique natural theatre takes place each second day at an assumed time of the nearest eruption, one must inform through telephone in Herľany. 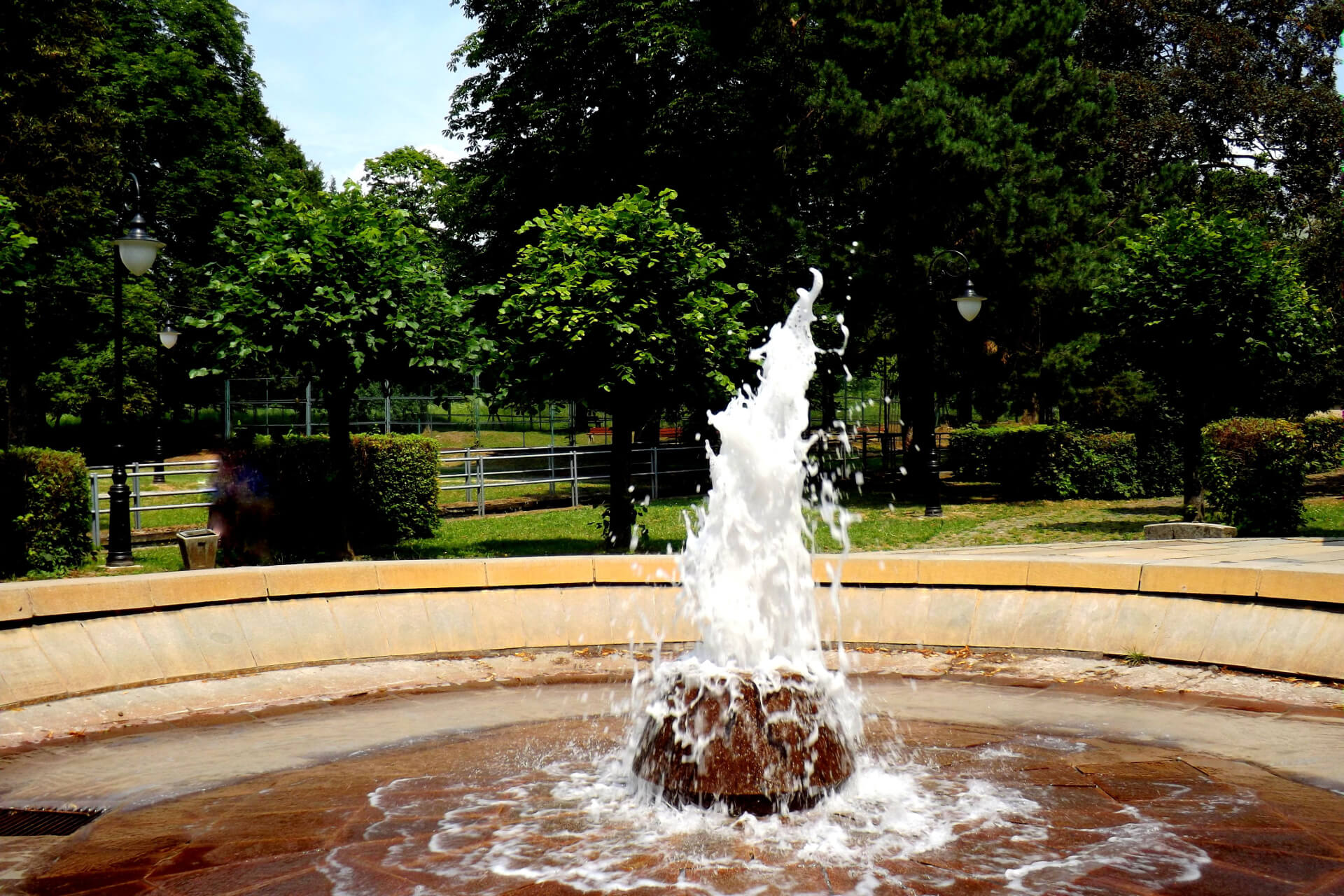 Water is the real treasure of Slovakia. Across the country, there are numerous mineral wells, water reservoirs and rivers, but also mountain lakes or mountain streams. 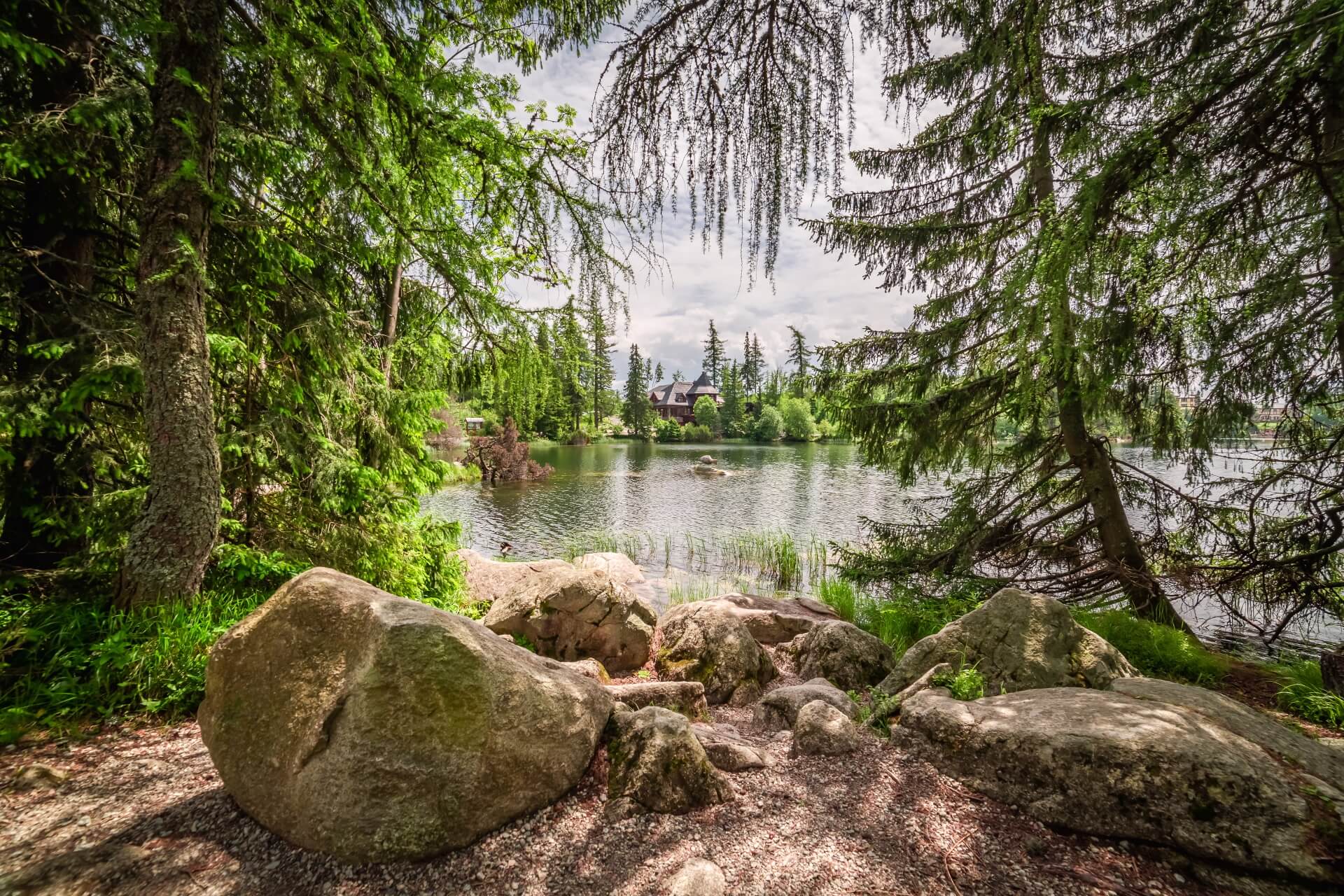 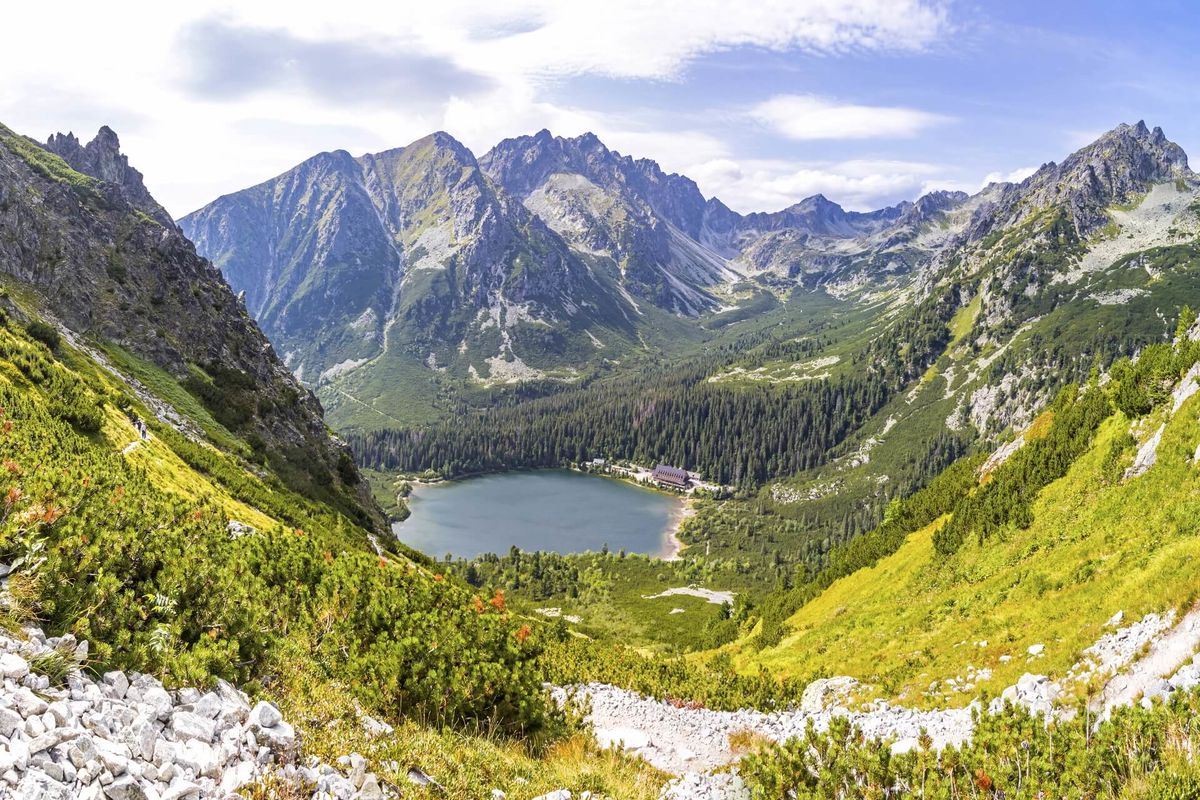 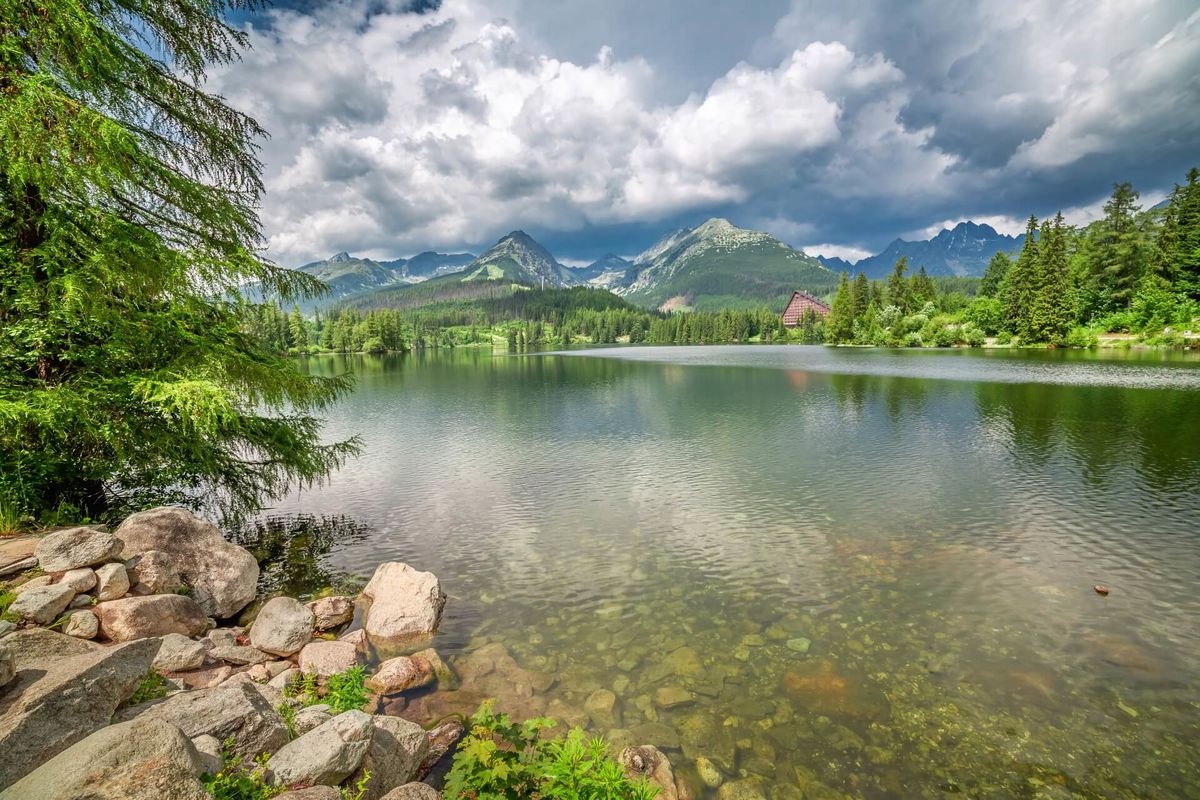