In the Liptov region, February will be the month of ski mountaineering, as evidenced by a series of weekend races across the region which starts on Saturday 8 February with the first round of the Slovak Ski Mountaineering Cup in Jasná. Participants will race on the Liptov hills not only during the day, but also after dark.

Do you know the place with the best conditions for ski mountaineering in Slovakia? Liptov indeed, specifically the Western and Low Tatras. Thanks to regular production of artificial snow, every skiing lover – be it downhill skiing or cross-country skiing – can have a good time.

The Slovak Cup competition took place on Saturday 8 February in Jasná. Racers had to overcome an elevation of 530 metres.

A ski mountaineering race is also about to take place in Čutkovská dolina on 15 February, where the third edition of Čutkovský šlak (meaning “track”) will be held. Besides the long climb, racers could also face lack of snow; however, the organisers still expect a big crowd and at least 50 registered racers.

The following Saturday 22 February 2014 will belong to ski mountaineers on Malinô Brdo during the unusual night race of Night Skialp Challenge. Those who are interested can register personally at the start line on the day of the race, or pre-register at www.skialp4u.sk. The race starts at 5:00PM.

Liptov’s most famous skialp race with international participation is the Western Tatras BOKAMI. Ski mountaineering fans will have to wait until 20 March when racers will hit the 3-day race of pairs through the valleys and peaks of the Western Tatras. However, racing the hills on skin-equipped skis is not for the weak. This sport is not just a combination of free skiing, climbing abilities, and navigation. It also requires a good physical and mental condition, and basic ski-alp equipment.

The Slovak Cup competition will culminate with the fifth round in early April in Jasná. Everyone who is willing to surpass themselves is invited to join. 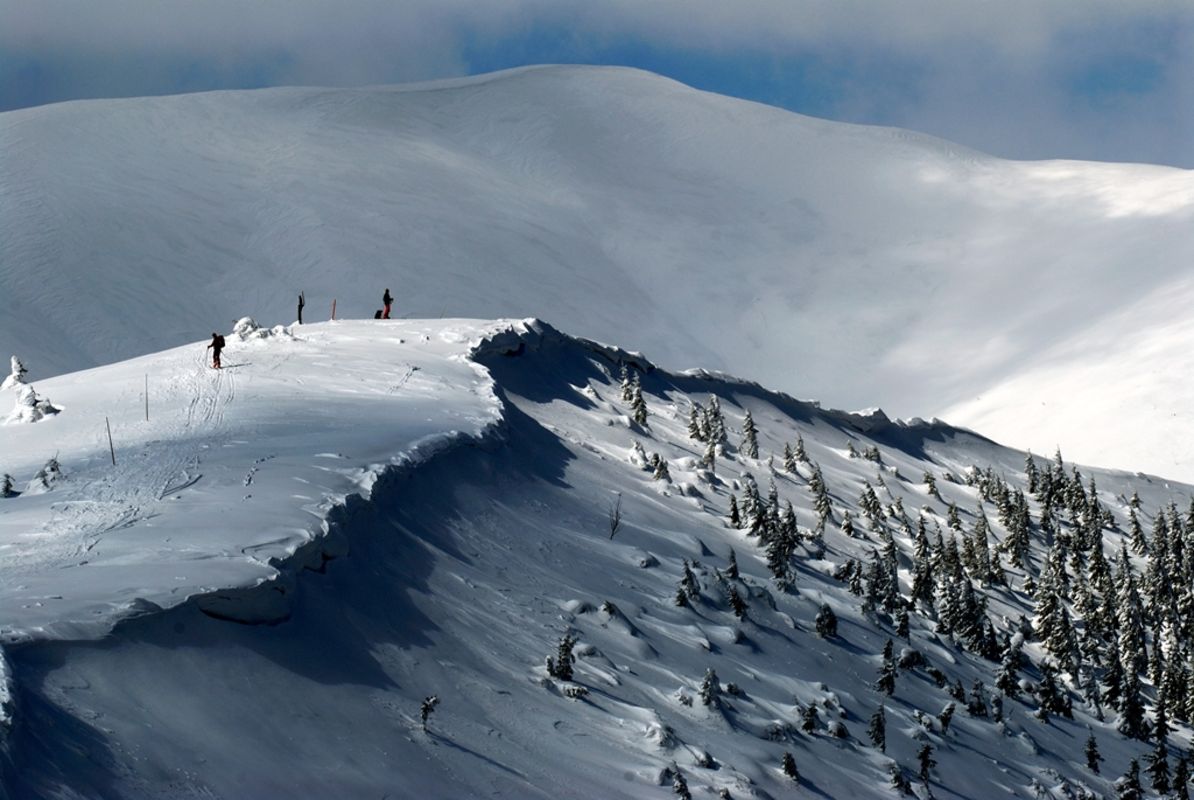 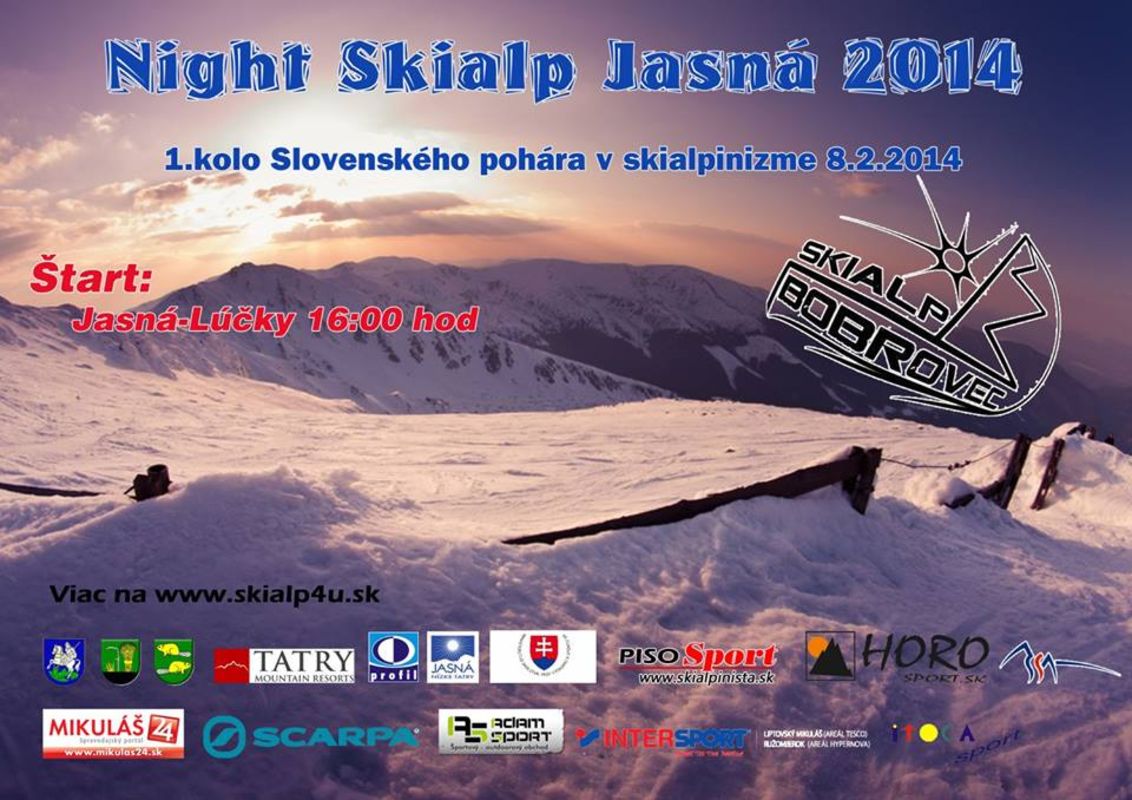 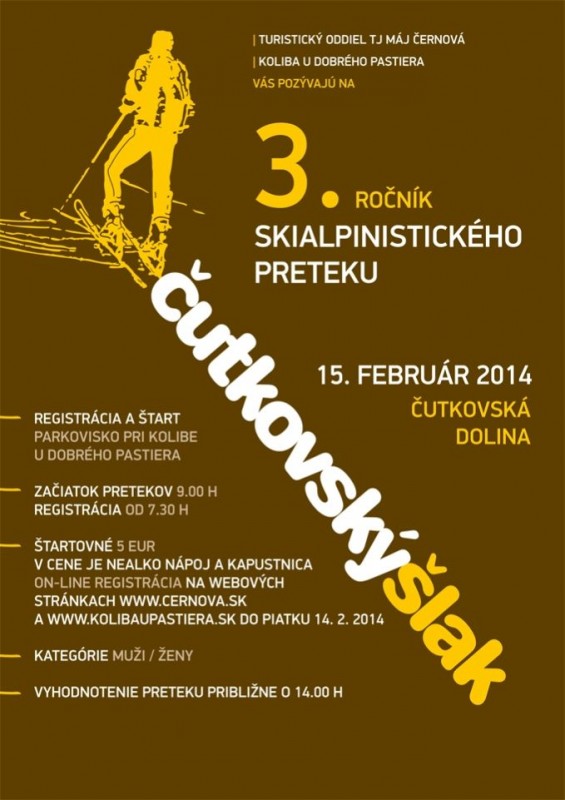 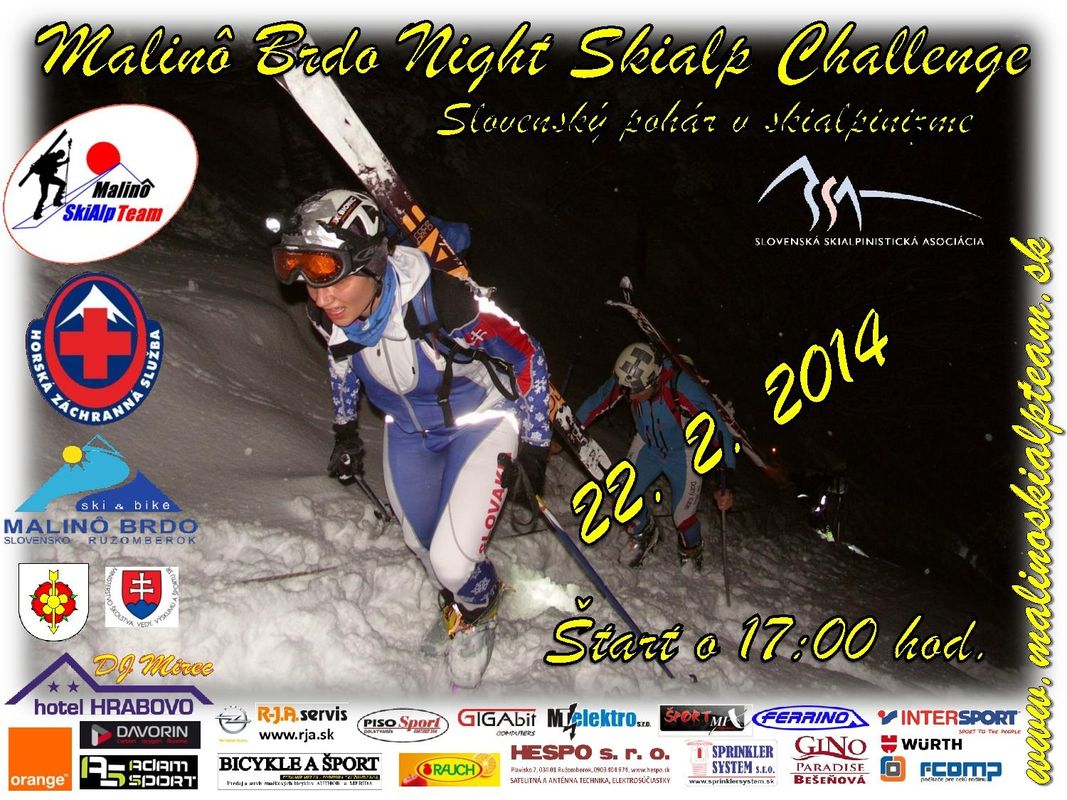