The Belianska jaskyňa cave is the only one accessible to public in the Tatras and situated in the slope of the Belianske Tatry Mts. above the commune Tatranská Kotlina.  It is among the first caves Europe in which electric light was installed.

The cave entrance is at an altitude of 890 metres above sea level. It is accessible by a footpath from Tatranská Kotlina. The hikers ascending to the cave entrance have to overcome the altitude difference of 122 m. A tour of the cave currently takes about 70 minutes and covers 1,370 metres.

Treasure-seekers knew of the cave's existence and entered its entrance areas as early as the former half of the 18th century. Nonetheless, the cave remained hidden from the eye of the public for many years, and it wasn't until 1826 that L. Gulden and a gold digger named Fabry re-discovered the mouth of the cave.

Cave was lighted already in 1896. Power plant on the brook Biela supplied the electricity. Only three visits a day to the cave were admitted in those times but the guide was obliged to open the cave even if there was only one visitor. Sinter waterfalls, pagoda-shaped stalagmites and numerous little lakes are the attractions of this cave.

The cave is also used for climatic therapy. The space with excellent acoustics, called the Music Hall is the venue of concerts of reproduced music every year in august. 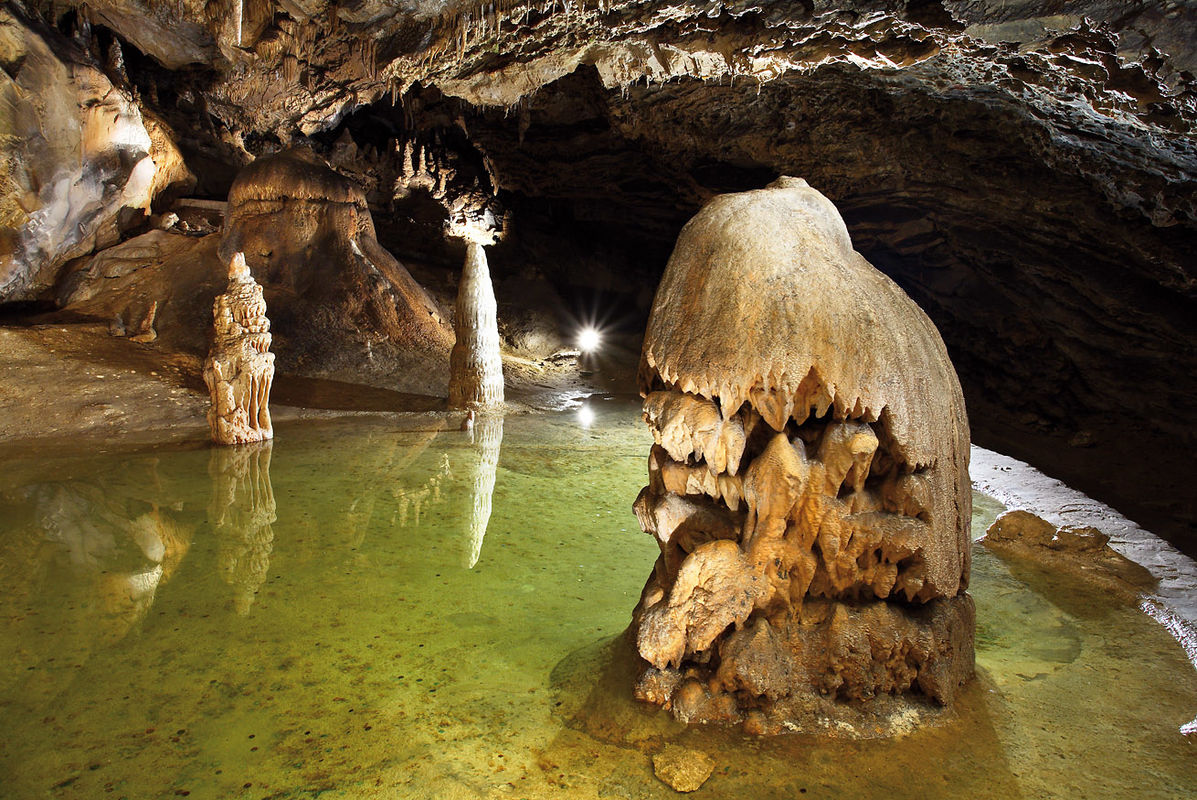 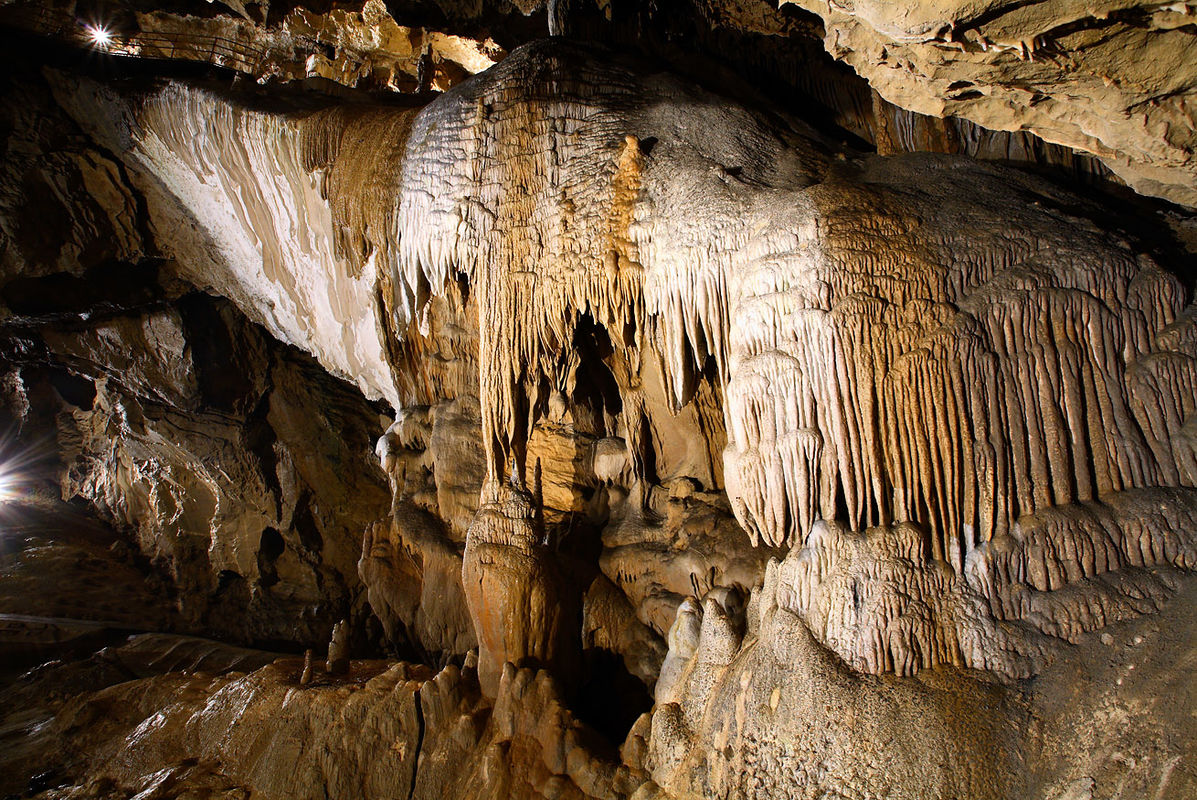