Belianska Cave got a “makeover”

On 15 May 2015, the Slovak Cave Administration reopened Belianska Cave – the only accessible cave in the High Tatras.

Undoubtedly, the most interesting new feature for visitors is the completely new lighting of the cave scenery.

Visitors will be able to enjoy the new lighting not only along the route, but also during stops, with commentary provided by guides. They now should also be able to see lots of tiny details in the spots that previously seemed uninteresting.

Belianska Cave was closed on 1 October 2014 for renovations. During this time, underground work took place related to the adjustment of the tour route and electric wiring.

The route was optimised in important areas for easier movement of visitors. For the handrails, corrosion-resistant material was used that minimises negative impacts on the cave environment.

The wiring now includes an intelligent system with new LED light sources, and the cave also has its own electric generator, so even with a total power failure it will be able to operate throughout the day.

Several changes have also been made in the music hall. Ján Ptačin helped harmonise three musical compositions with the new technologies and light sources. One composition is made up of classical baroque music, the second one features Slovak folk music, and the third, created by the composer Peter Machajdík, evokes cave sounds and the mysterious subterranean environment.
More 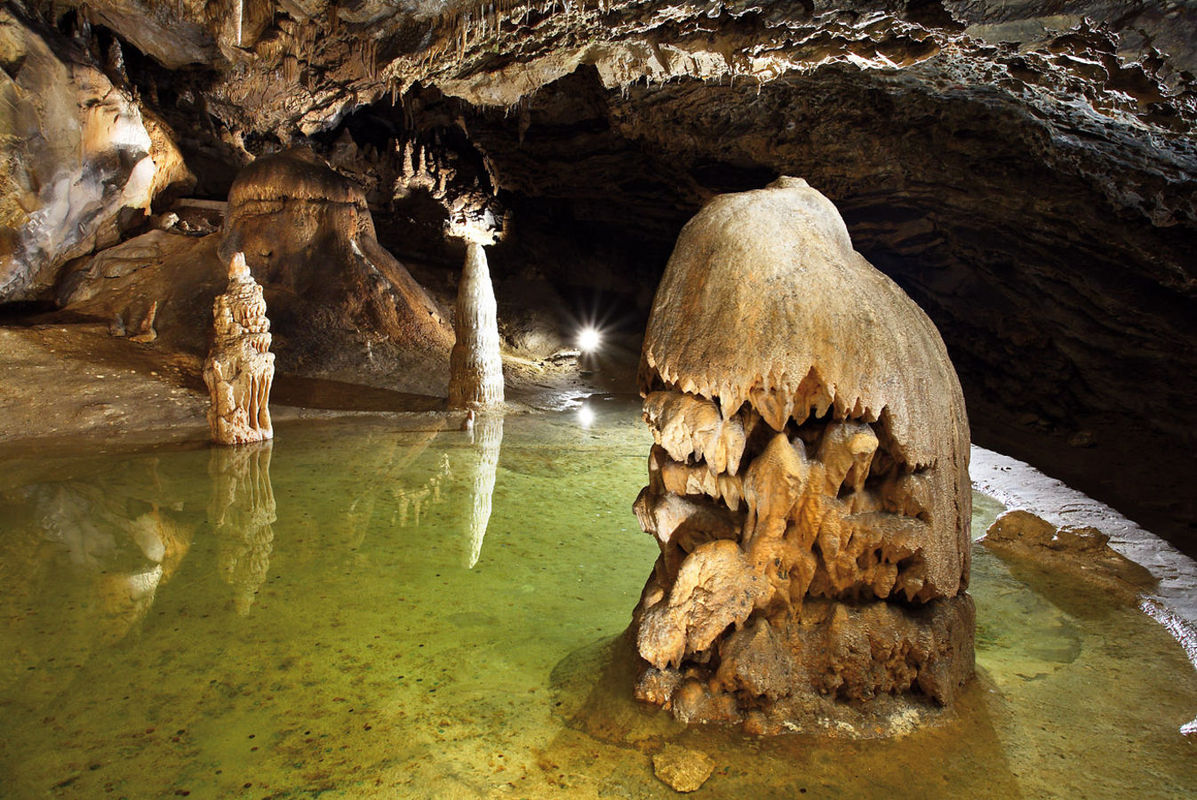