The gem among the towns of Slovakia is undoubtedly Banská Štiavnica situated in the heart of the Štiavnické vrchy Mts. Its undeniable values and beauty caused that it is one of the first Slovak towns that has been included into the UNESCO World Heritage List in 1996.

The dominant of the town centre is Starý zámok (Old Castle) standing on the west terrace of the Trojičné námestie square. The oldest part of the Castle is the former parish church of the Virgin Mary. It was built together with the adjacent ossuary of St. Michael in the 13th century as the three-nave Romanesque basilica. Today, the Old Castle houses the Slovenské banské múzeum (Slovak Mining Museum). Pipes and targets are some of its interesting exhibitions. The Nový zámok (New Castle) stands on the opposite hill since 1571. It also contains collections of the Slovak Mining Museum among them documents concerning Turkish wars. It offers a wonderful view of the town.

The majority of monuments of Banská Štiavnica are concentrated into the area spreading between the Trojičné and Radničné námestie squares. Both squares are separated from each other by the Gothic church of St. Catherine from the end of the 15th century and the building of town hall with its slender clock tower.

In the centre of the Trojičné námestie square skirted by old burgher houses and public buildings, the wonderful Trinity Pillar stands. The biggest building of the Trojičné námestie square is the Hallenbach House, where the mining court seated. Another bulky building stands on the Kammerhofská ulica street, which runs down from the town centre to the bus station. It is the building of Kammerhof or Chamber Yard, which originated in 1550 by adaptation of several Gothic houses. Today it is the principal building of the Slovak Mining Museum. Its most attractive part is the out-door exhibition where there is the option to visit the underground pits.

The Baroque Calvary is also one of the fine moments of Banská Štiavnica. It consists of 23 structures situated in the charming mountain environment. 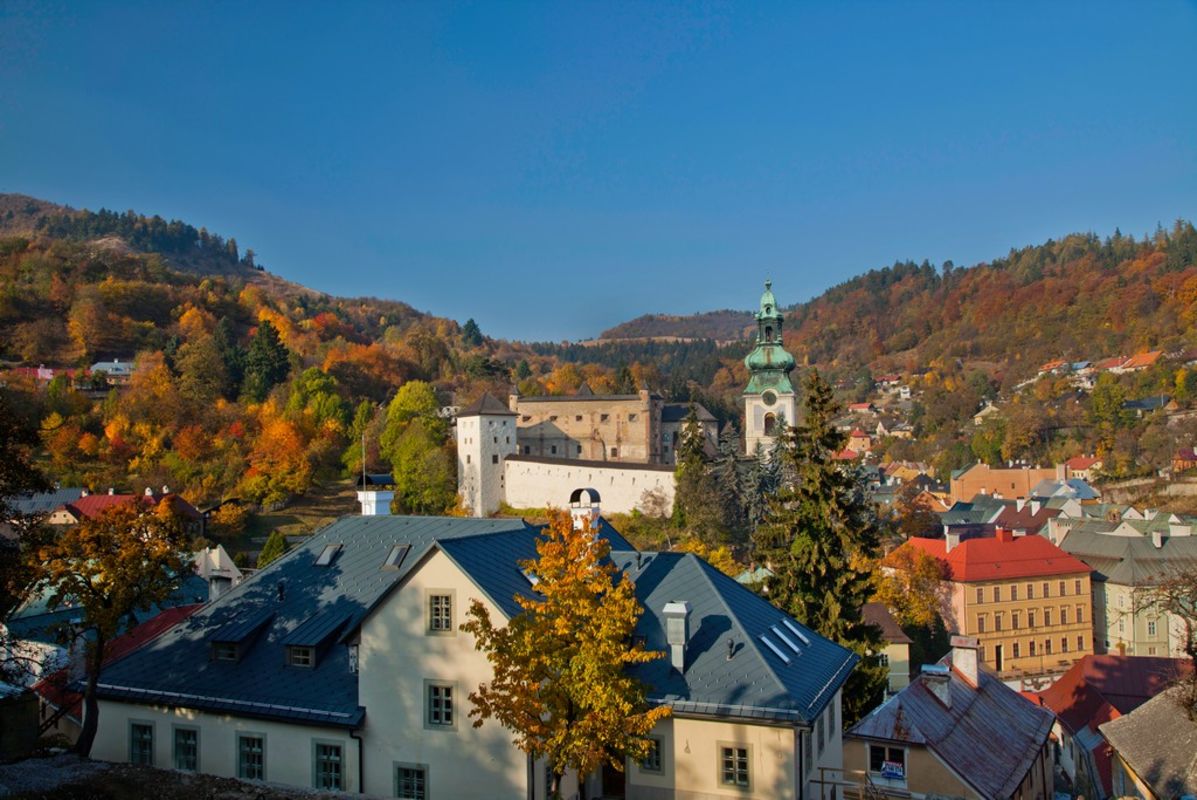 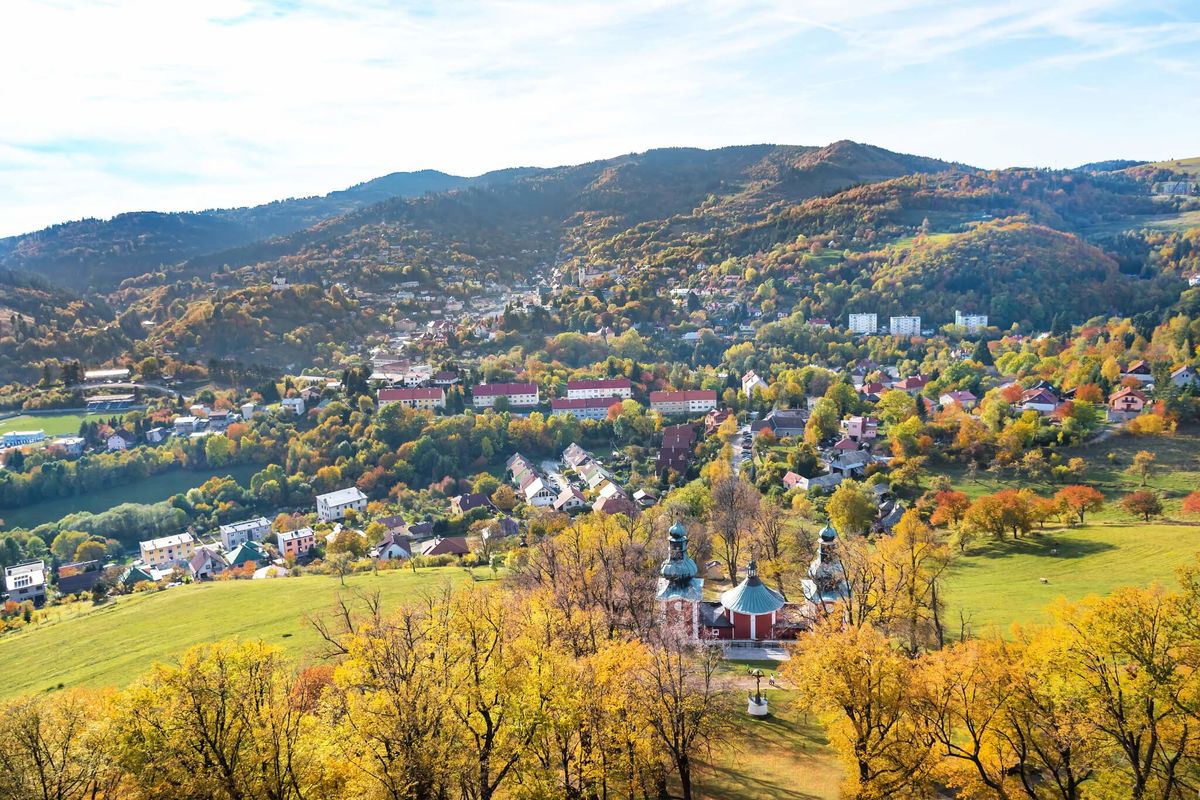 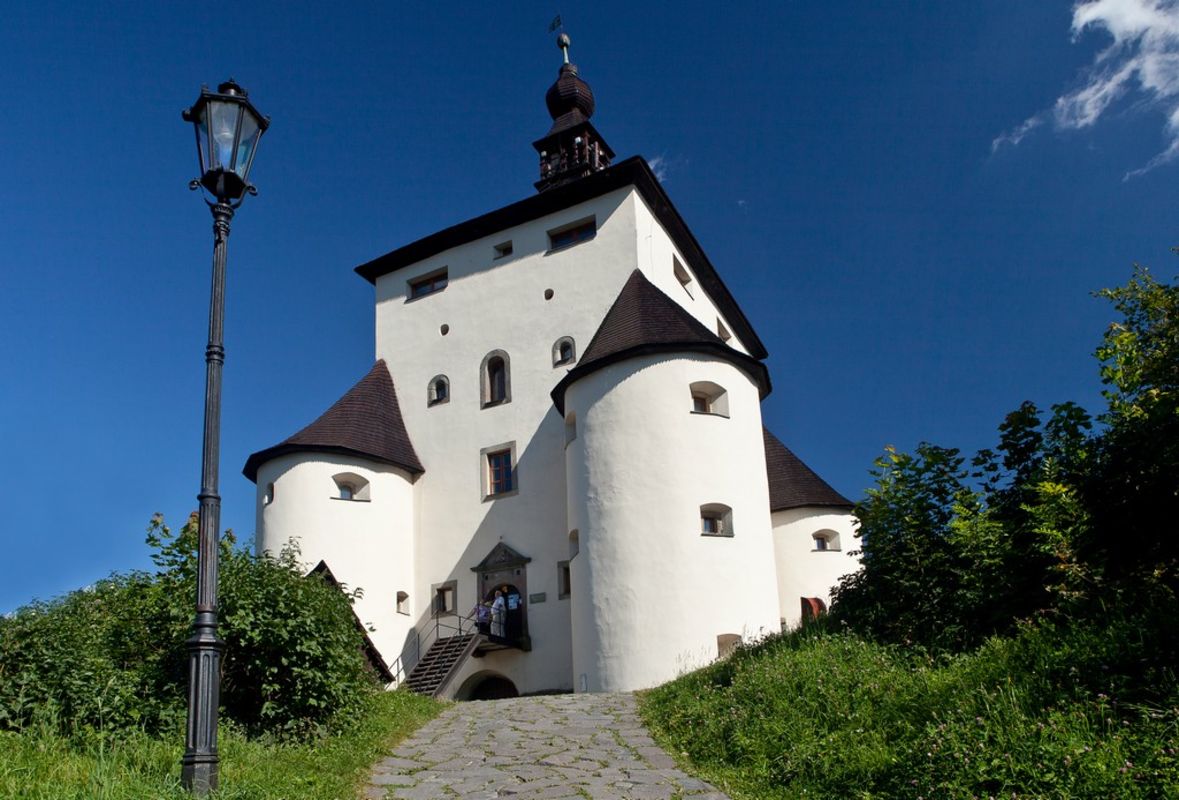 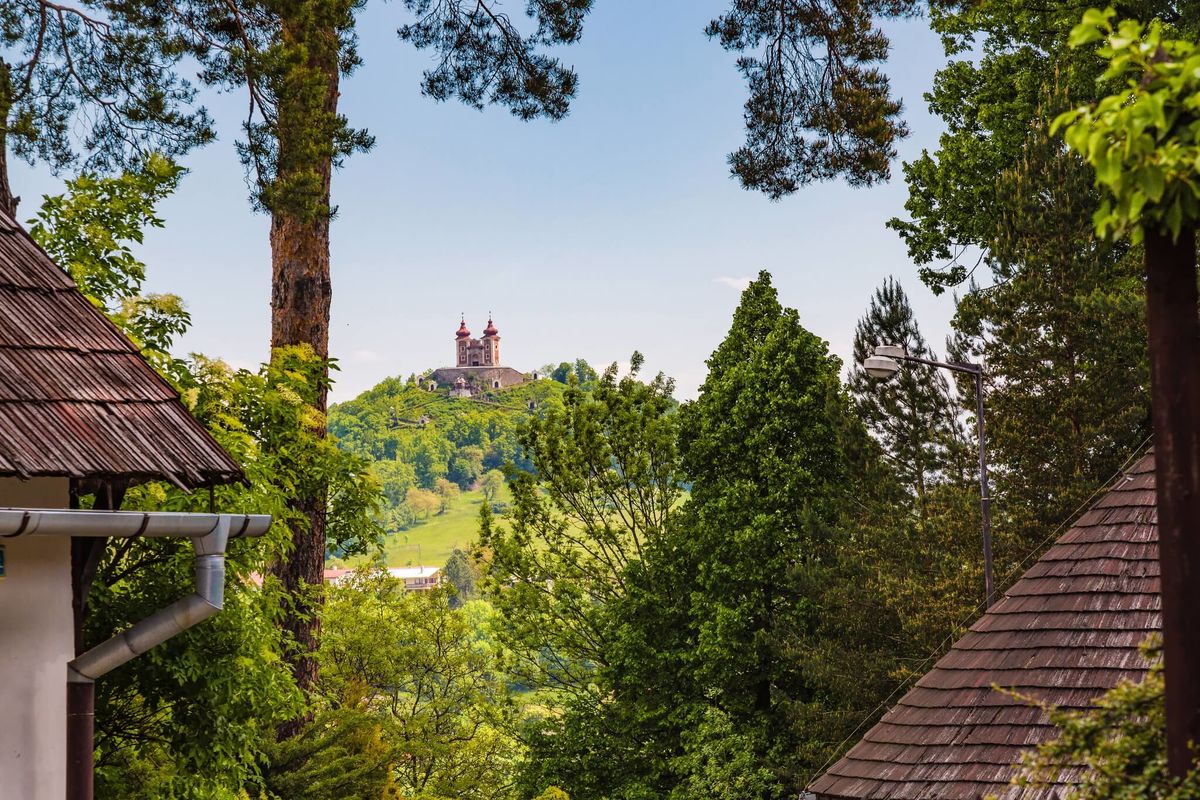 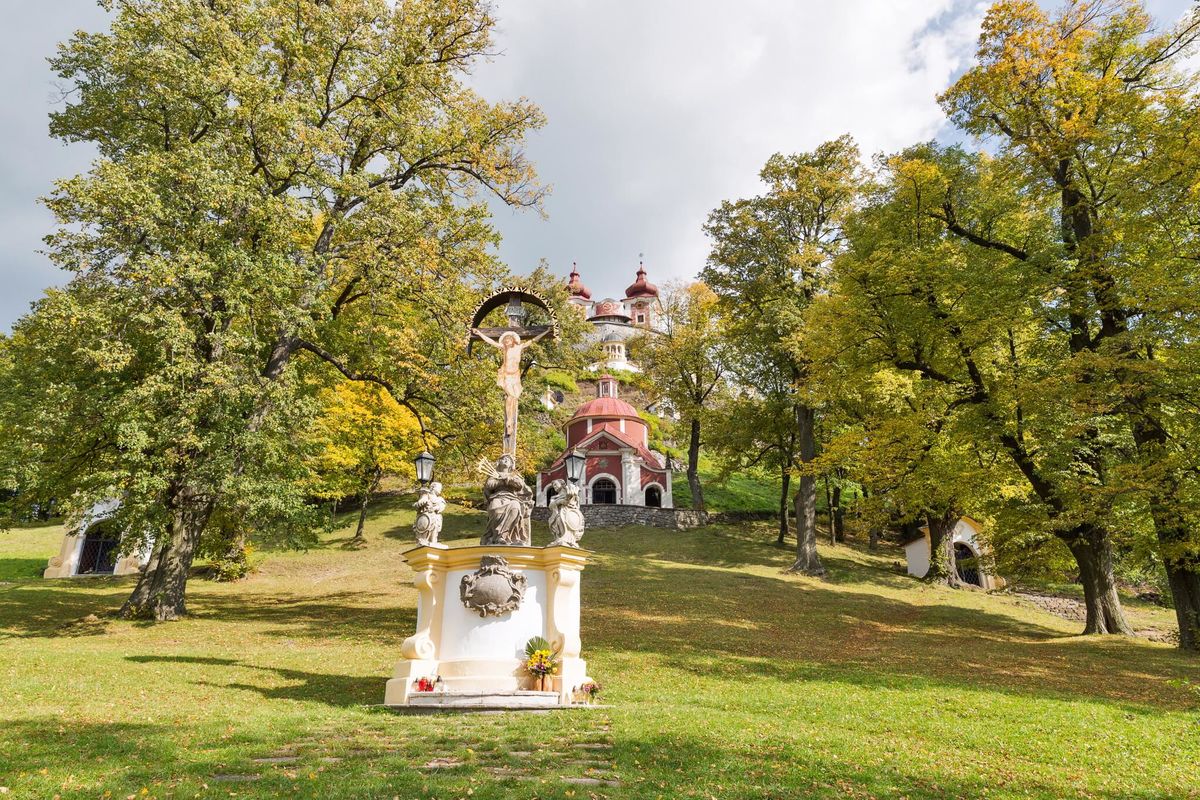 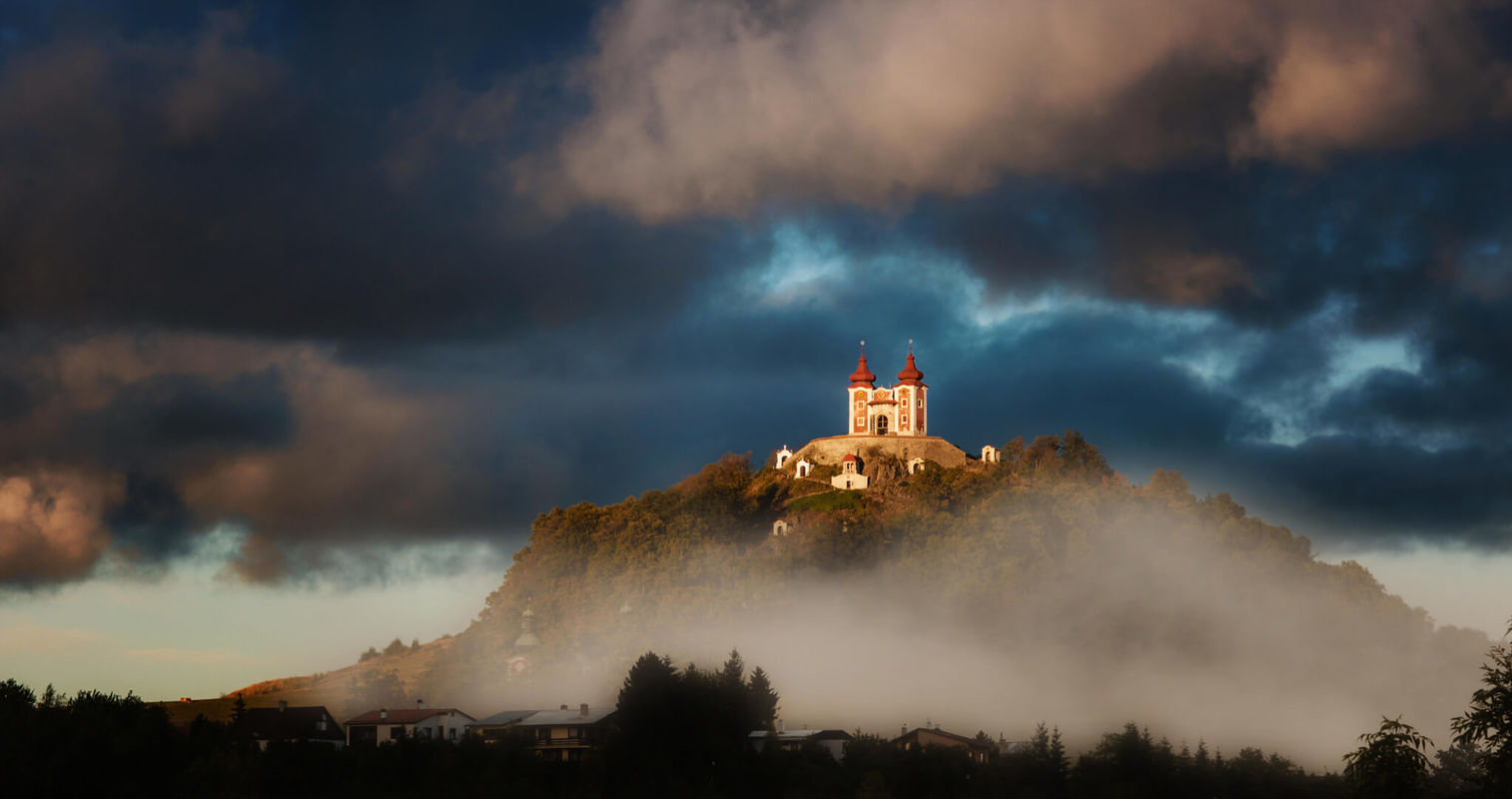