BANSKÁ BYSTRICA was member of the exclusive trio of the richest central Slovakian mining towns. Banská Bystricas attribute was “copper” as this ore was extracted in the Starohorské vrchy Mts. near the town in the 14th century.

The pride of Banská Bystrica is its central Námestie SNP square. The multicoloured area of the square can be best admired from the slender Hodinová veža tower (The Clock Tower). It was built in 1552 as part of the town prison. The most beautiful building of the southern row of houses on the square is Thurzov dom (Thurzos House). Today Thurzos House is the seat of Stredoslovenské múzeum (Museum of Central Slovakia).

Several ancient buildings on the Námestie Štefana Moyzesa square once formed the town castle. The original appearance of the castle disappeared by removal of a substantial part of town walls that connected the isolated buildings into a whole. Only a quarter of the original town walls and three bastions of the original four survive.

The dominant architecture of the square is now the former barbican with a tower. The parish church of the Virgin Mary was started as early as 1255. In the interior, apart from other gems, the Late Gothic wing altar of St Barbara from 1509 fashioned in the workshop of Majster Pavol of Levoča can be admired. Another castle church consecrated to the Holy Cross was built next to the northern walls of castle fortifications in 1492. Among other buildings, the Late Gothic Matejov dom house built in 1479 and that of Stará radnica (Old Town Hall) with a tower from 1500 are of interest. 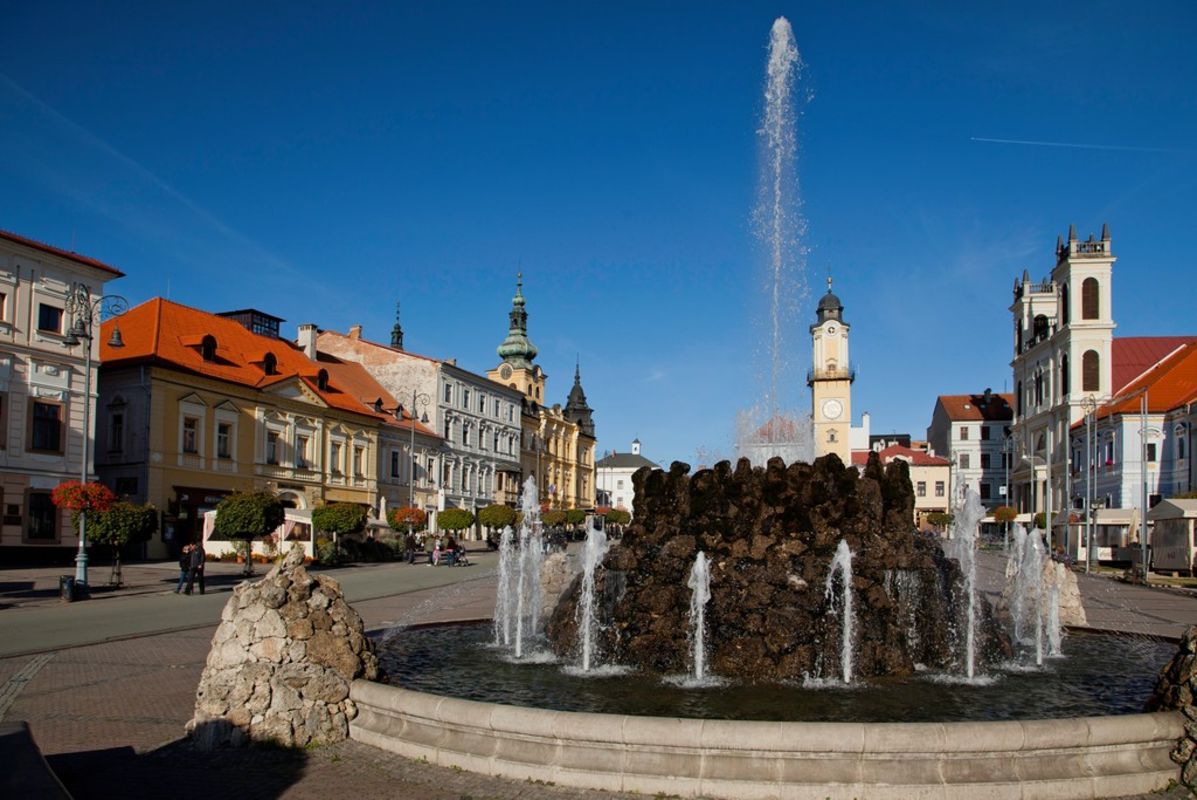 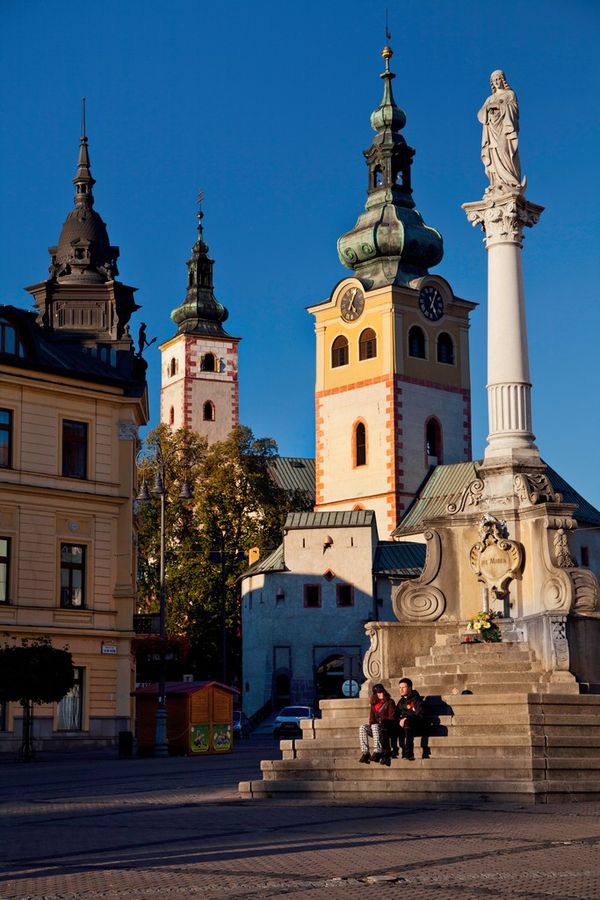 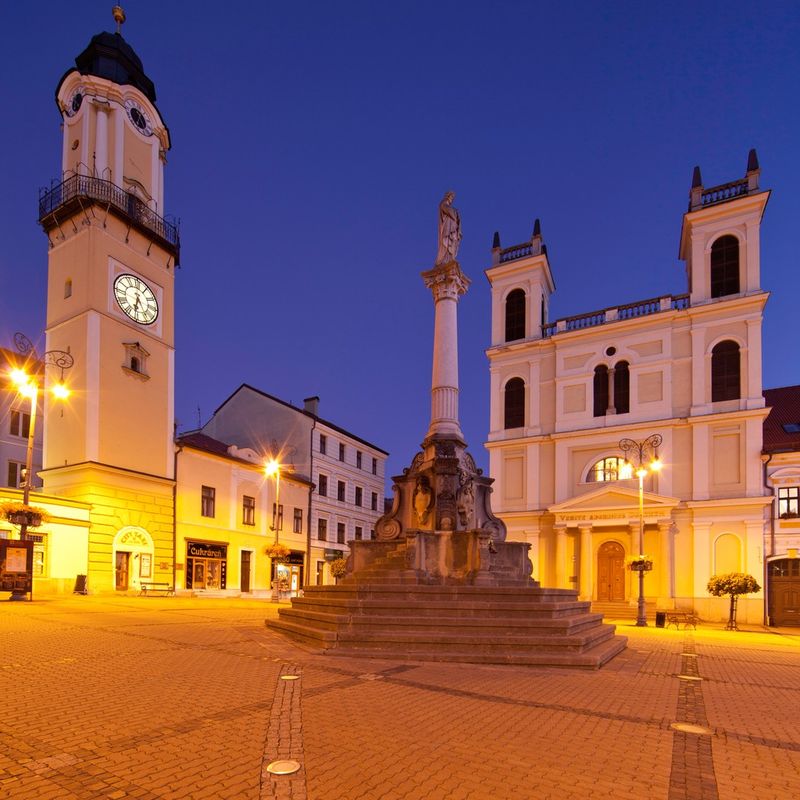 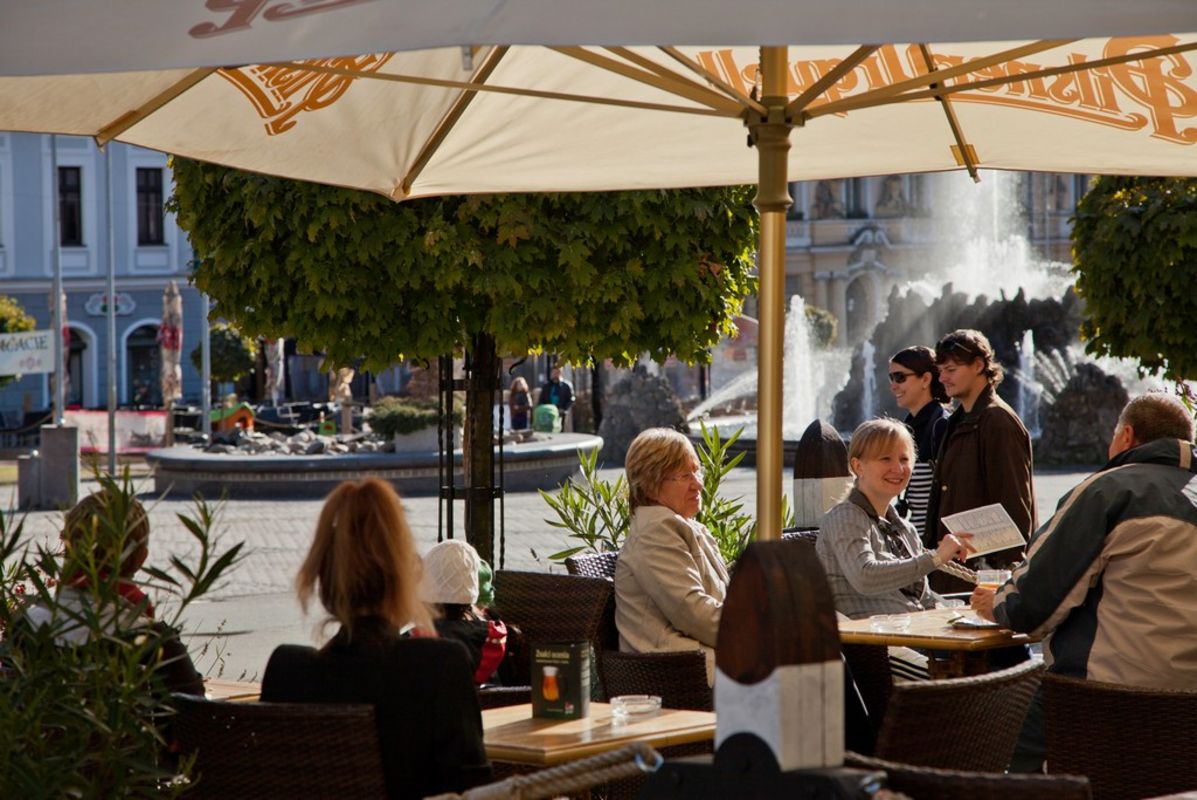