The Art Film Fest is one of the most significant film festivals of Central Europe, due to its tradition (since 1993) and ever-growing number of visitors.

This annual event takes place during the second half of June. Until 2015, the festival was held in Trenčianske Teplice and Trenčín, but beginning in 2016 it will continue in Košice. Košice offers a more convenient, comfortable, and diverse cinema infrastructure, as well as other facilities that a modern international film festival calls for.

The original intention of the festival was to introduce the latest foreign and domestic films on the topic of art and artists. Today, however, the festival has grown to feature other film genres as well. The prize-winning film is awarded the Golden Key and the closing ceremony includes the awarding of the Actor’s Mission prize. Then, the award recipient single-handedly attaches a brass plaque with his or her name onto the Bridge of Fame. Today, the Bridge of Fame includes the names of stars such as Franco Nero, Gina Lollobrigida, Geraldine Chaplin, Annie Girardot, Sophia Loren, Ornella Muti, Jozef Króner, Jean-Paul Belmondo, Omar Sharif, Jaromír Hanzlík, Jeremy Irons, and many others.

The organisers of the Art Film Fest aim to inspire and educate film fans and enthusiasts. The philosophy of the festival is centred on raising the audiences’ spontaneous interest, which makes it especially appealing to students and young people. Tens of thousands of visitors choose the Art Film Fest each year for its great atmosphere, attractive programme, and film stars and celebrities. 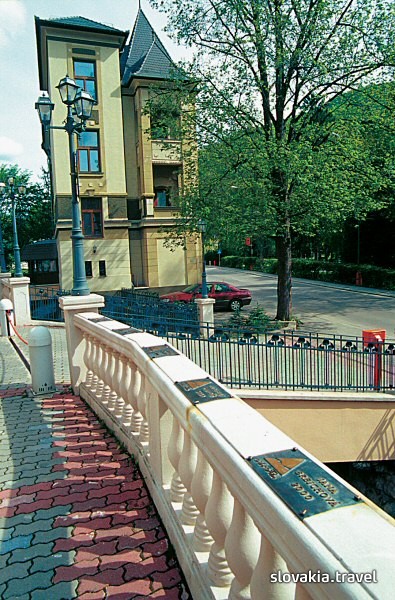