10 most beautiful castle ruins in Slovakia

Their walls experienced conquereurs, unprecedented luxury, dangerous deseases, legendary loves as well as destructive fires. Nowadays, they mutely witness to often turbulent history of Slovakia, however having a lot to tell with their supertemporal beauty. 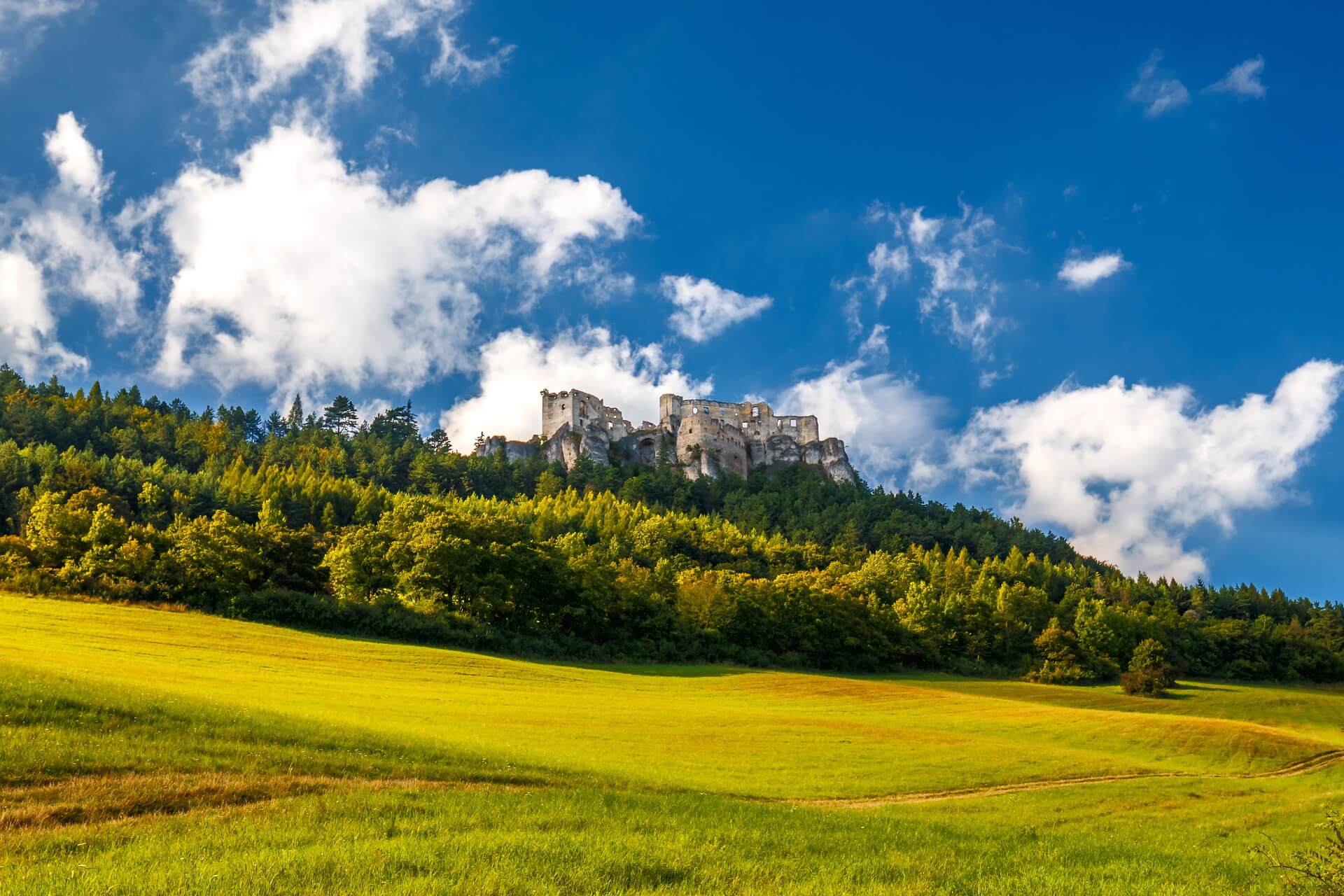 Majestic castle ruins breathing with nostalgy and emblazoned with fascinating legends lure romantic souls, but also adventurers regardless of age. Nobody has to travel a long to the nearest ruins as Slovakia is a country laden with castles. 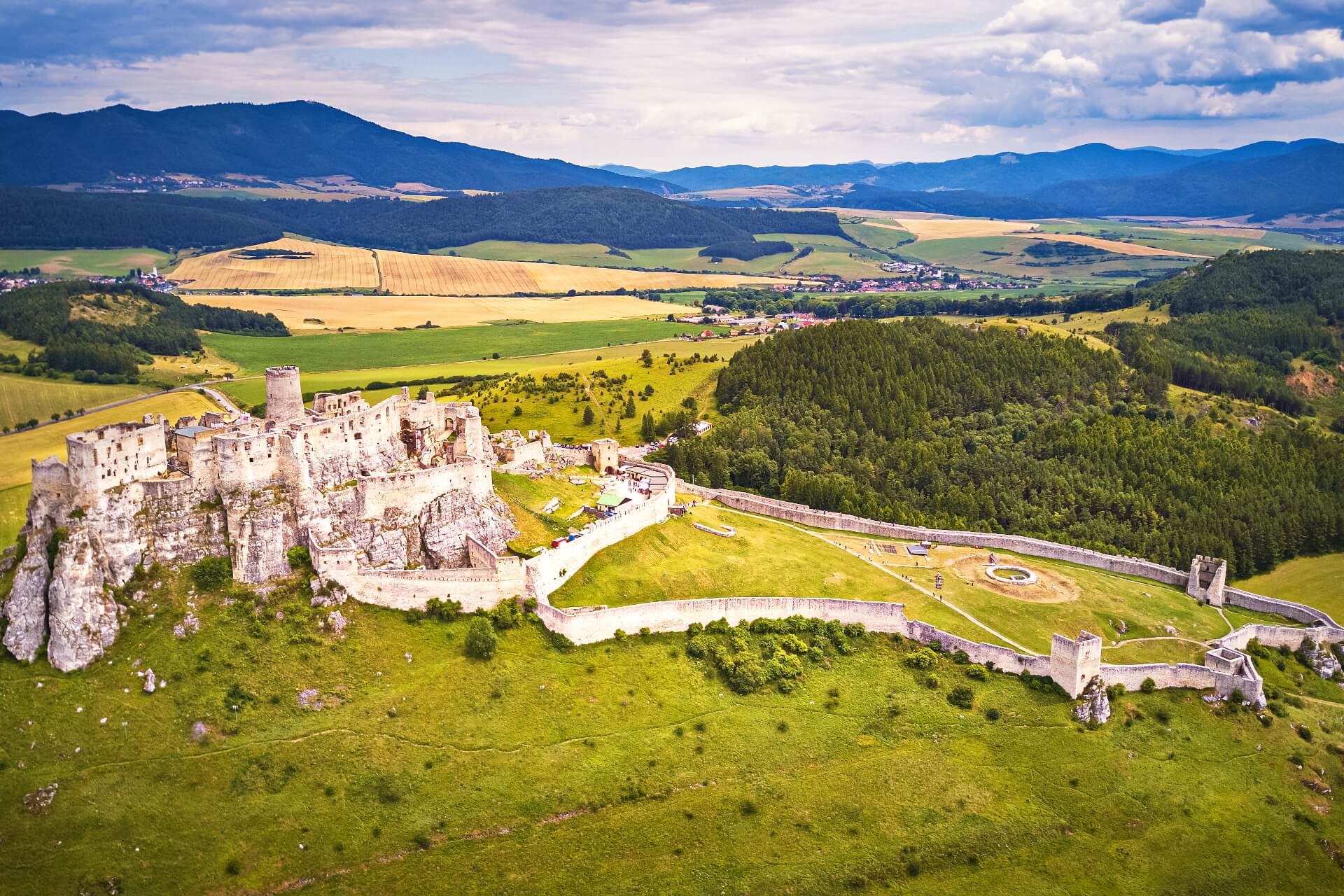 The pretentious residences of the country's most powerful of their time are masterpieces of human hands and wisdom. For long centuries they were and still are a part of variegated mosaic of attractive places in Slovakia. 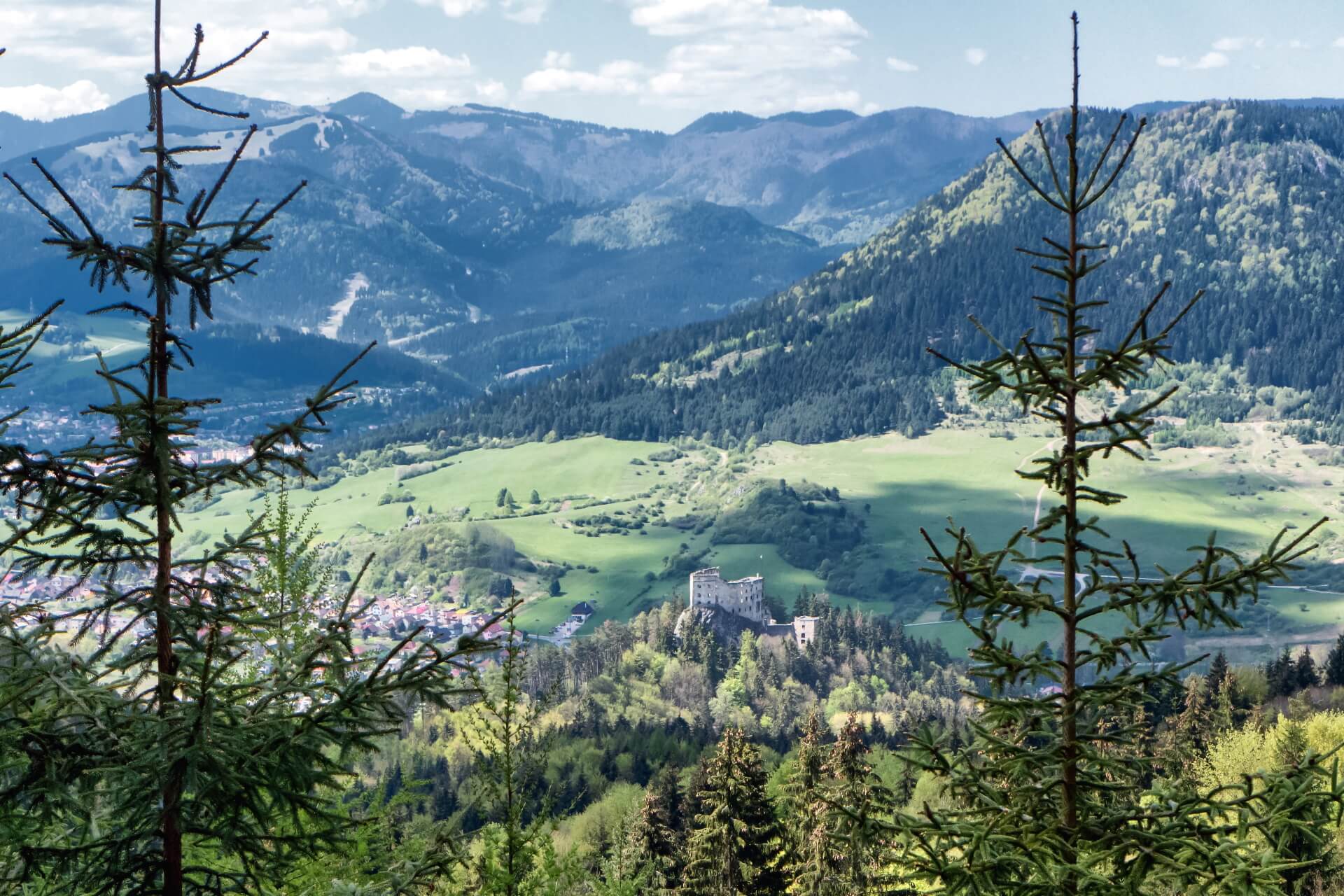 As a vivid symbol of Slovak history, the Devín Castle towering on a massive rock at confluence of the rivers Danube and Morava fascinated Celts, Romans, Slavs as well as Štúr generation in 19th century. Significant in national awakening, the iconic site plays an important role up to the present day. 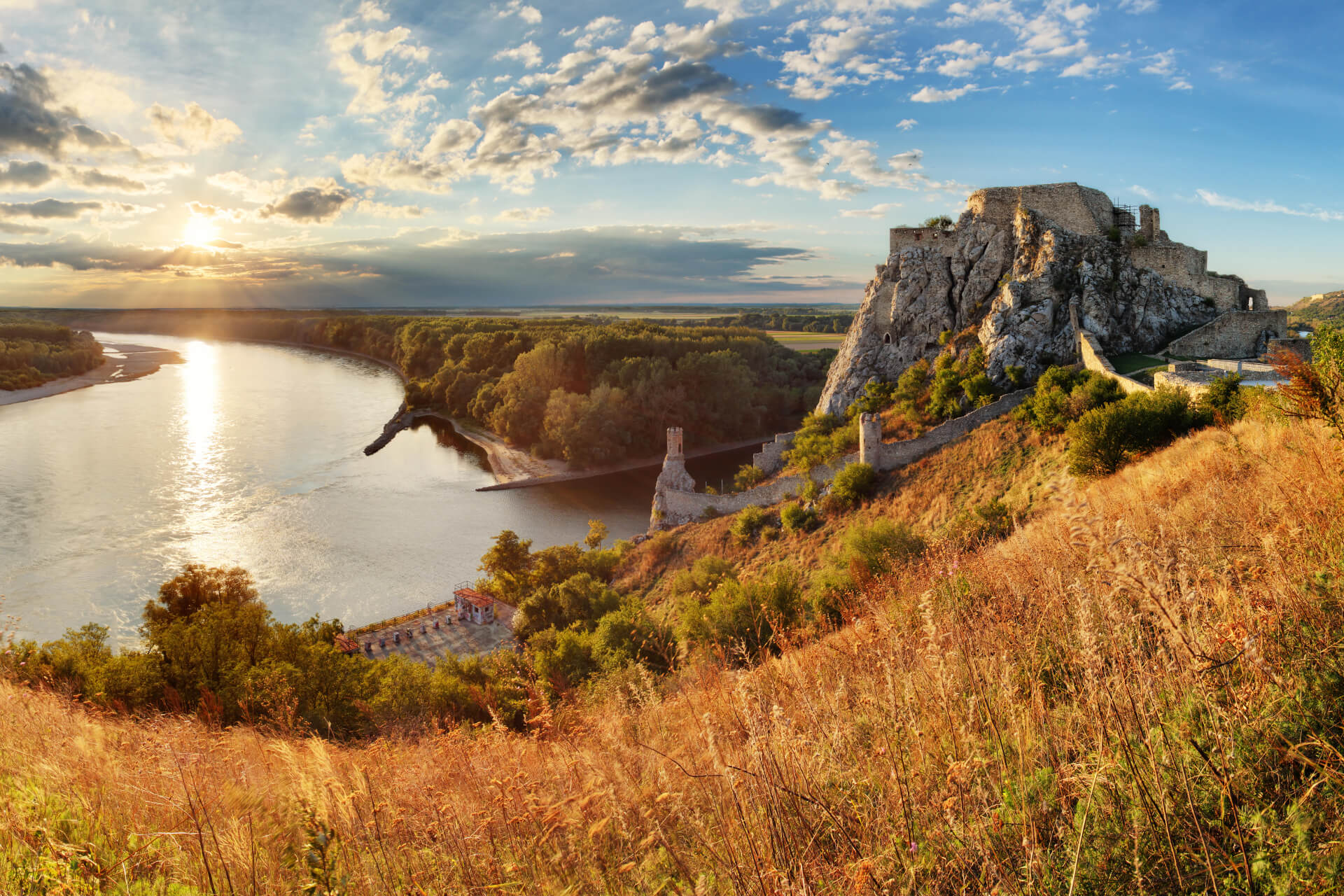 Legendary Čachtice Castle above the village of the same name, draws attention of increasing number of visitors every year. Famous especially for sadly known Blood Countess Elisabeth Báthory, the castle overlooks beautiful surroundings of this part of Central Považie region. 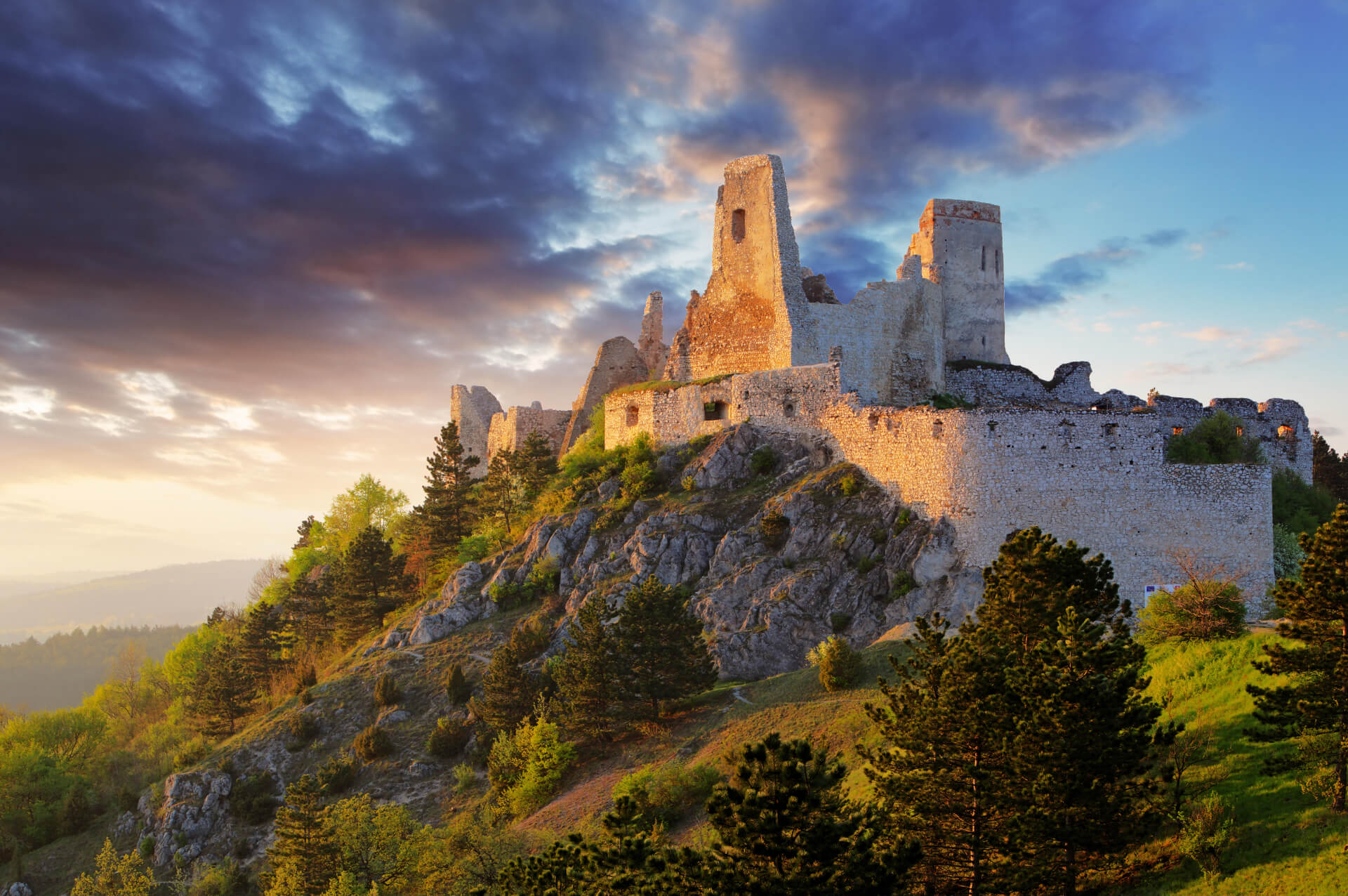 An impressive gem of Považie and a place of many legends, the Beckov Castle has been standing guard for centuries on a steep 50-metre tall rock above the village of Beckov. Nowadays, its premises lure for numerous events to make the overall atmosphere even more enhanced. 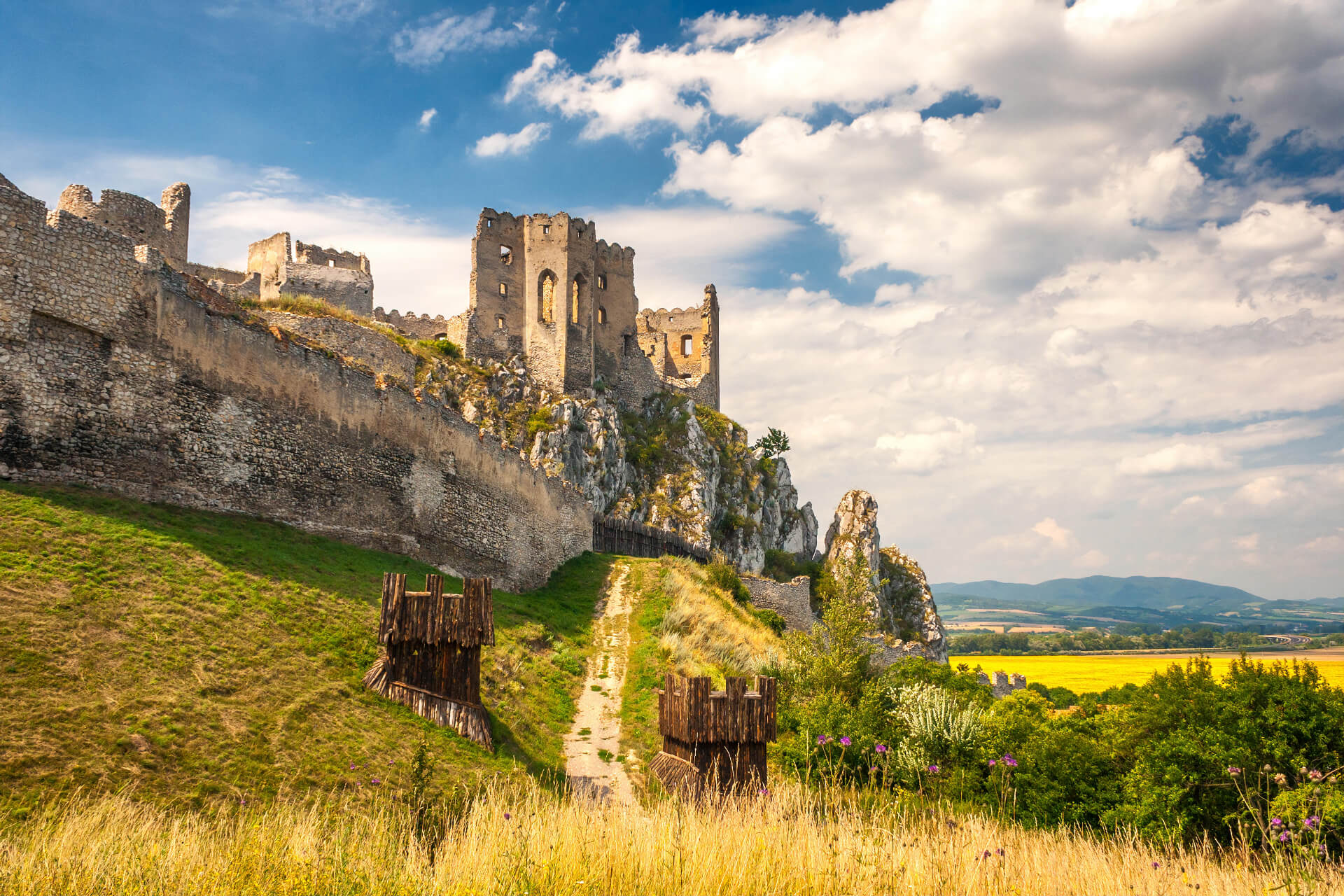 High in the Tribeč Mountains, silhouette of medieval Gýmeš Castle is a noticeable dominant of wide surroundings. A trip to this Gothic castle will reward you with great views. 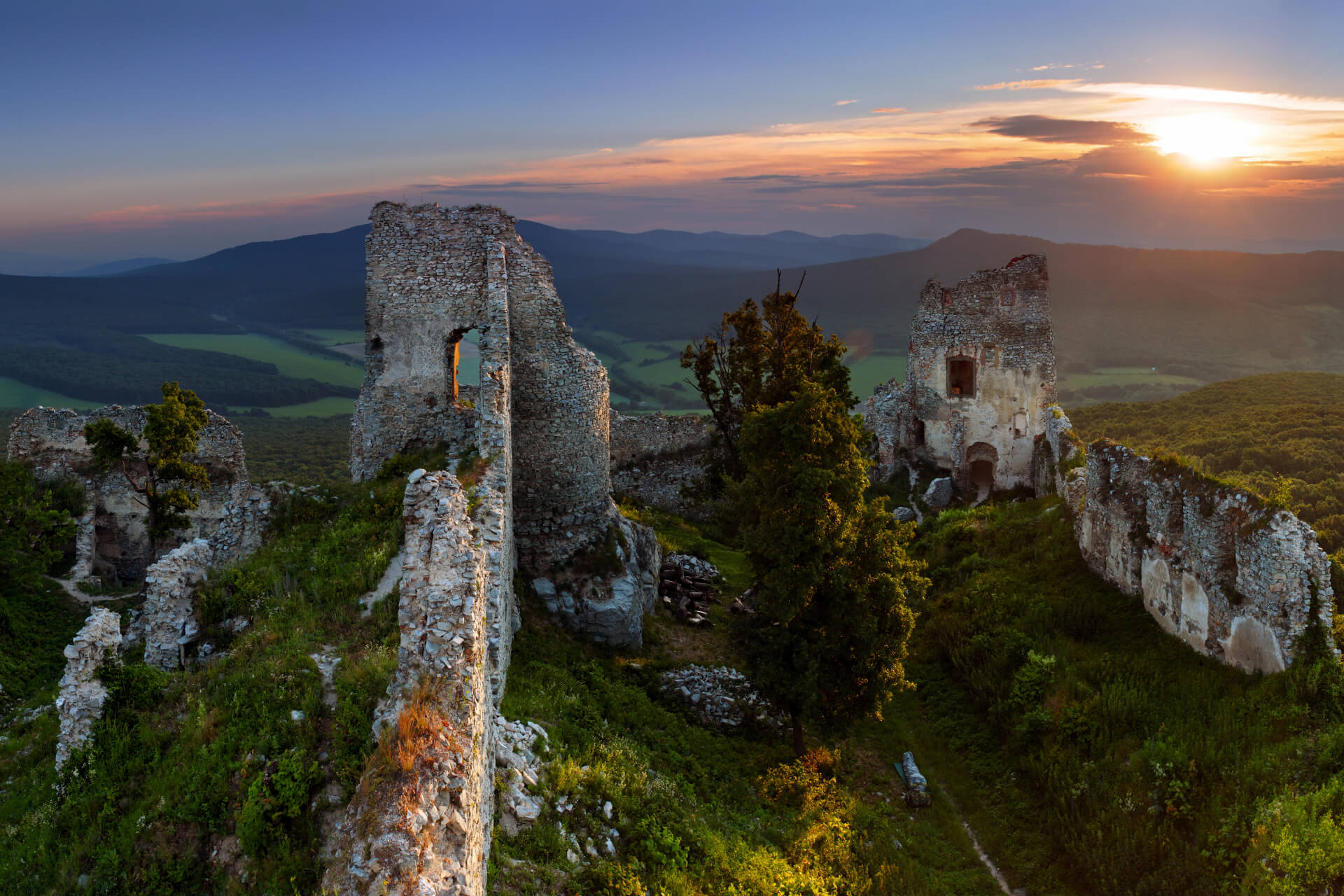 Once you visit little village Uhrovské Podhradie situated at the foot of the Strážov Mountains, do not forget to make your way to the Uhrovec Castle towering in the hills above it. Panoramic views from one of the most valuable castles in the Romanesque style in Slovakia will compensate invested time and forces. 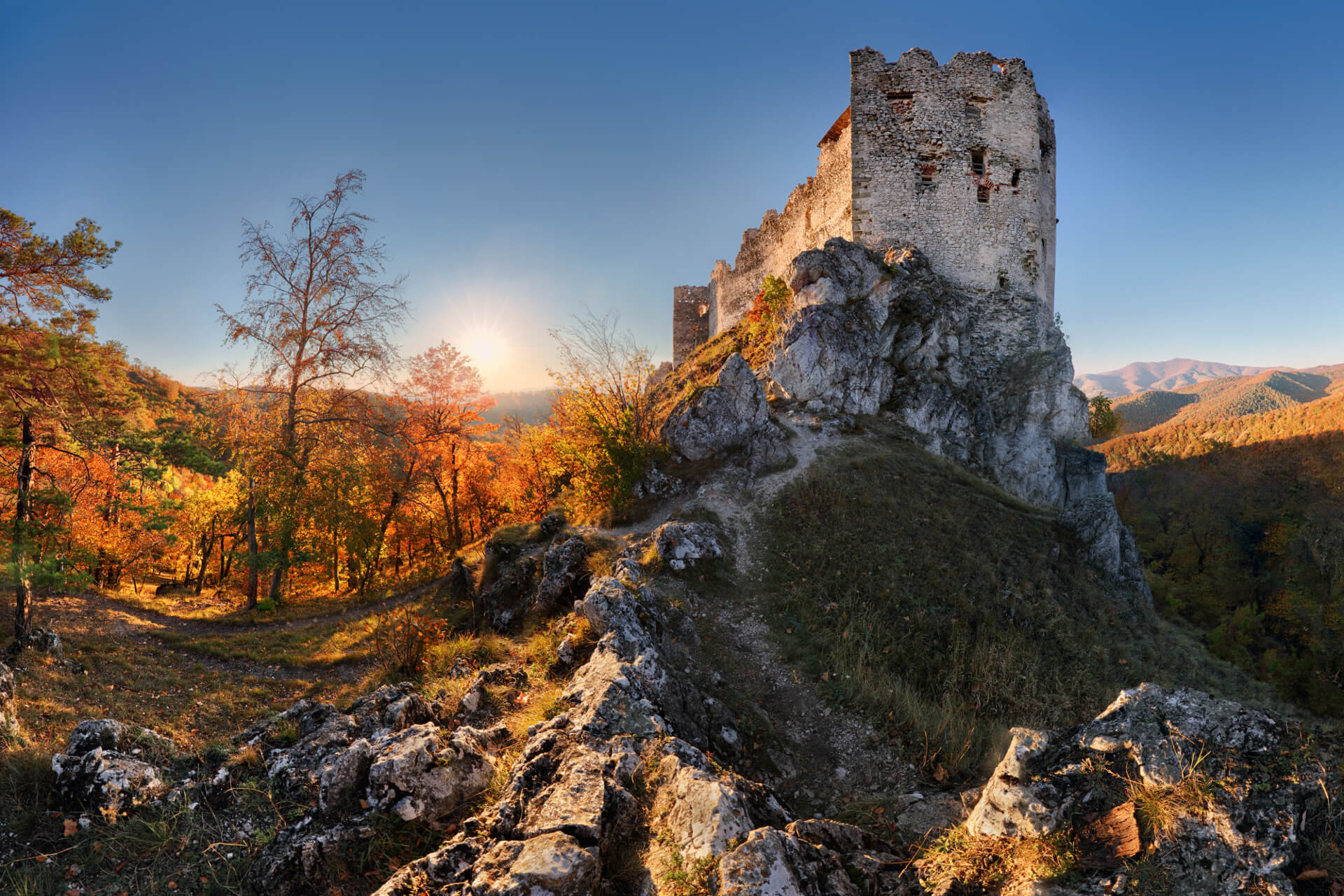 Today one of the largest ruined castles in Slovakia, lofty walls of Lietava Castle near regional capital Žilina are perched on a steep limestone ridge of eastern Strážov Mountains. The stronghold was considered unconquerable in Middle Ages and now belongs to the most visited castles of Slovakia. 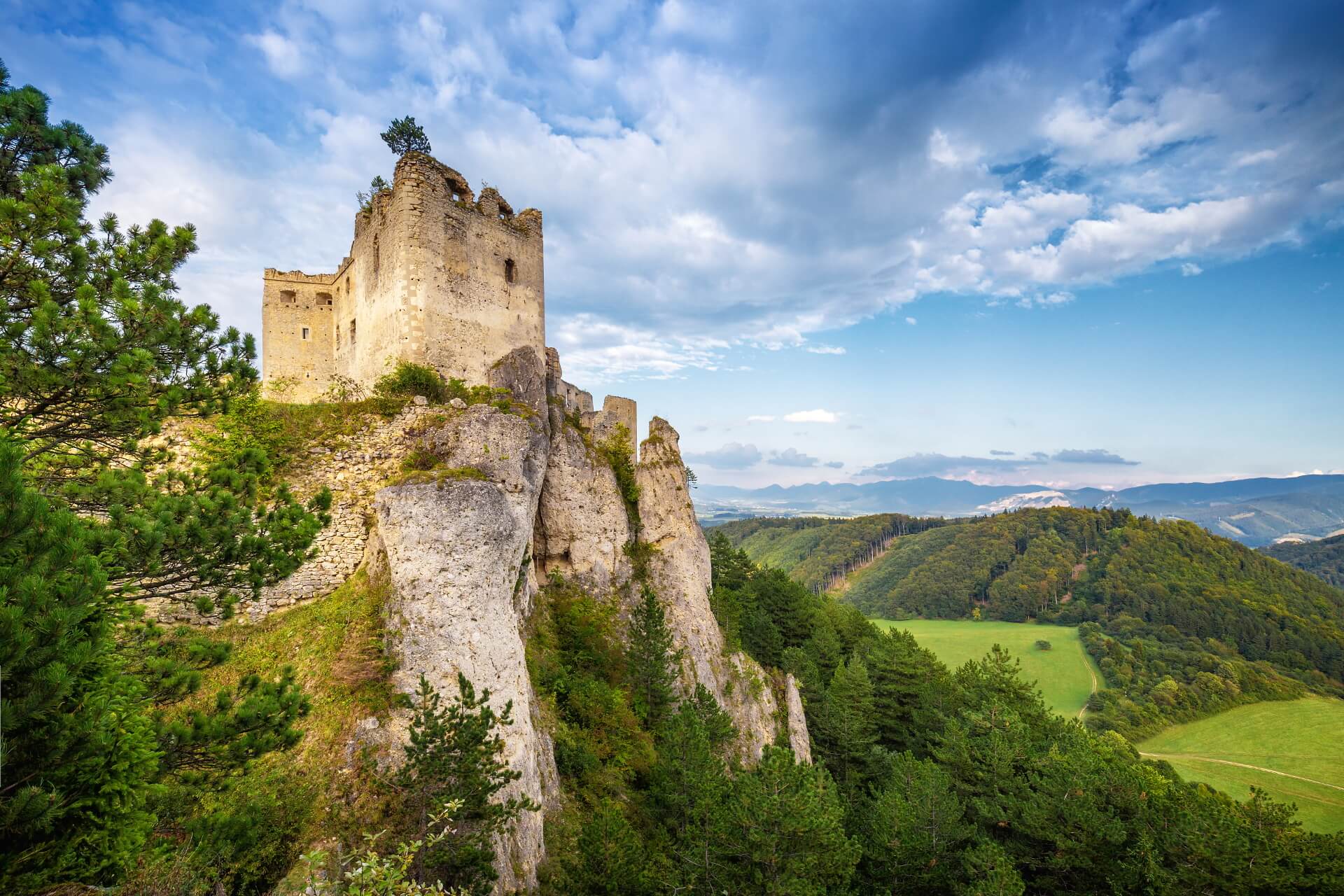 The ruins of Strečno Castle perk top of a 103-metre high limestone cliff on the left bank of Váh River. Once the safest fort in the Považie region is now home to regional museum and an indispensable part of the landscape scenery of the Malá Fatra mountains. 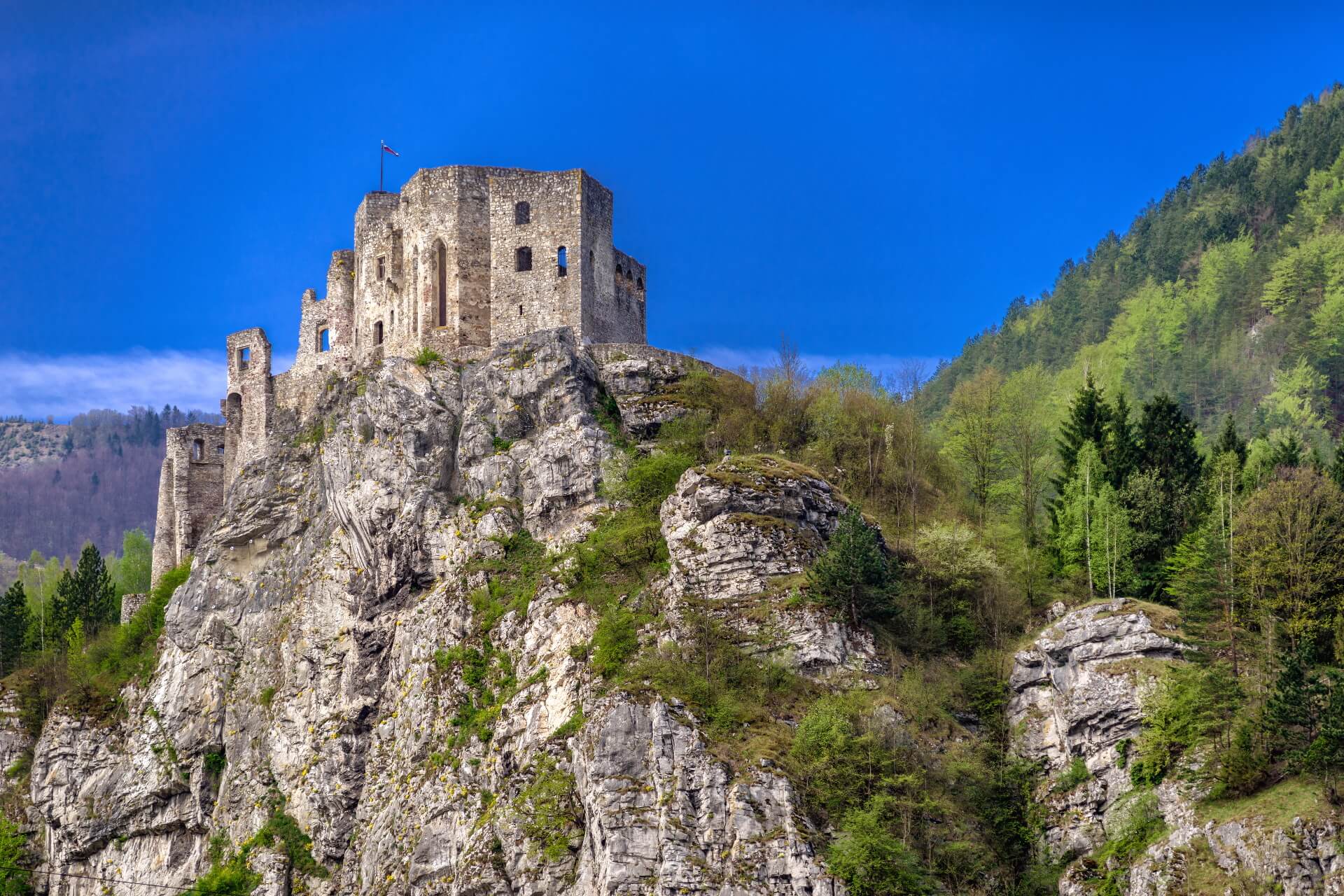 The "Old Castle" is not an accidental name of these riuns. Located upon the Domašín meander of the Váh River near Strečno Castle, the Starhrad Castle belongs to oldest castles in whole Považie region. 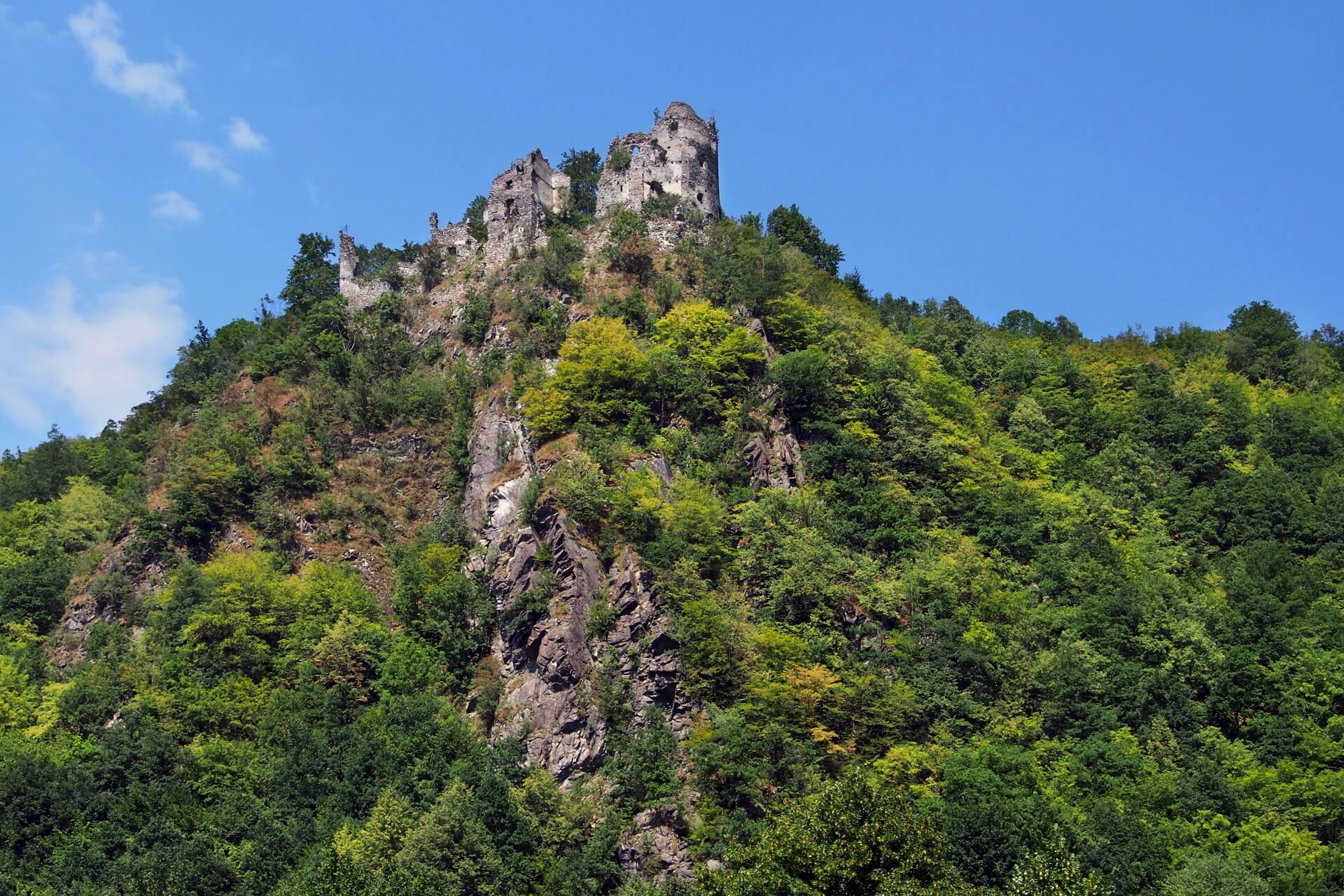 Even though only ruins remained from Likava Castle of the Liptov region, it is still one of the finest examples of late Gothic and Renaissance castle architecture as well as one the tallest structures of its kind in Slovakia. 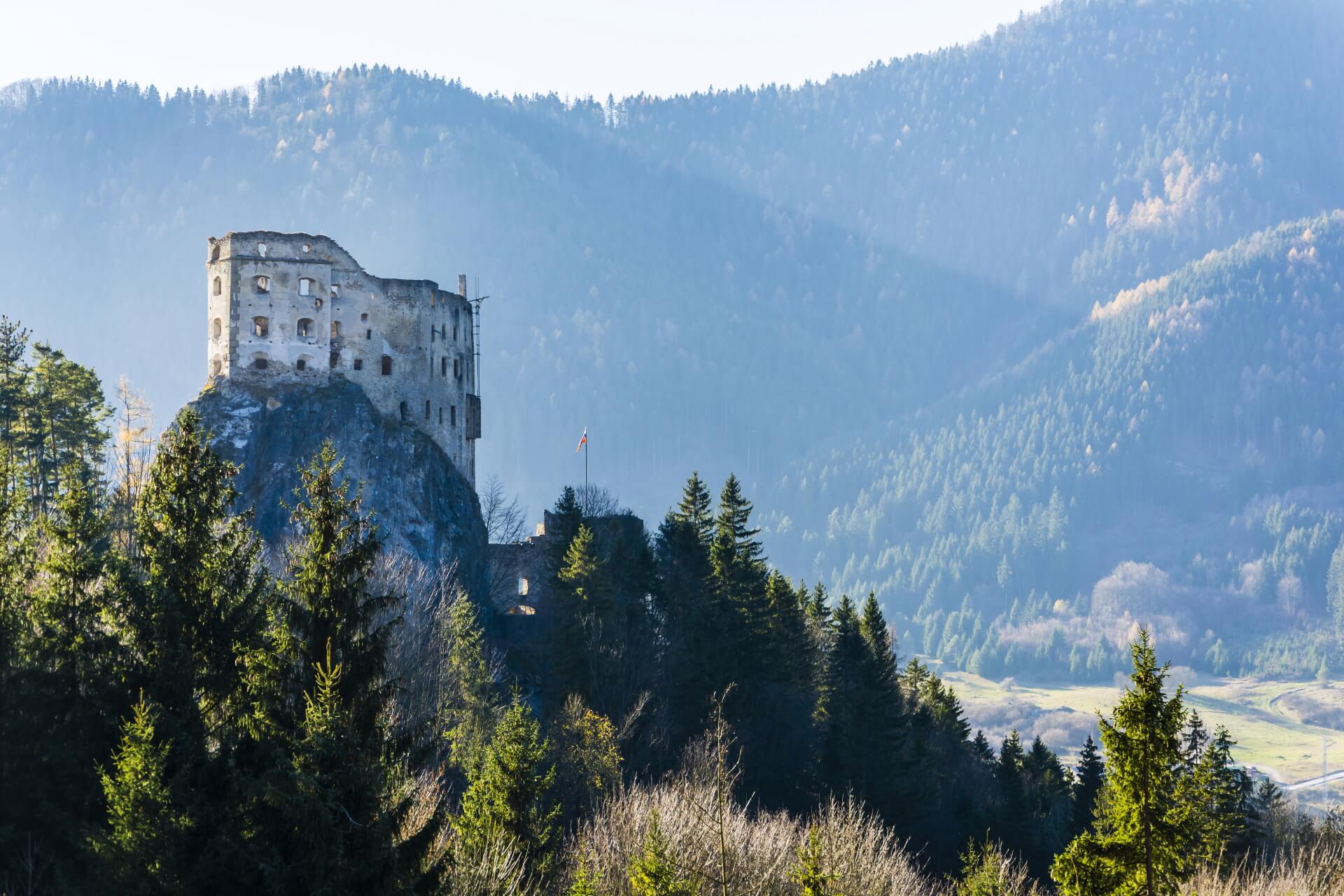 Ain't no castle like this one. Essentially a ruin, vast area of Spiš Castle above the equally precious Spiš Chapter is an exceptional representative of medieval fortification artistry. And a part of UNESCO World Heritage List. 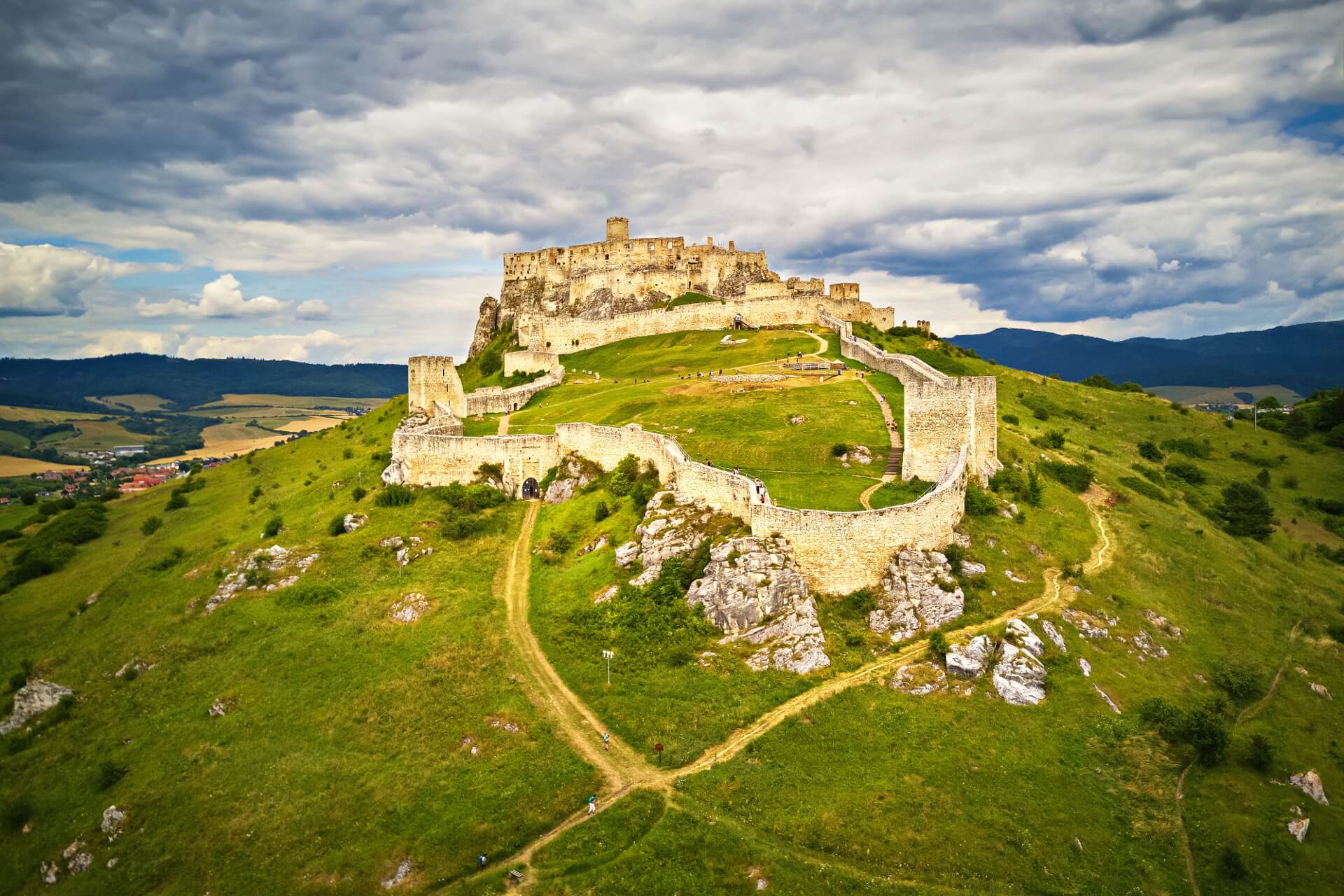 The present-time ruins are still full of stories. Let into the countryside, they blend into the nature slowly taking back what proud seats of nobily and royals once have taken. Full of immutable charm, they can easily win hearts of both, history lovers as well as all its visitors.
Ruins of castles in Sovakia offer an unique view of curious Slovak history when feudal lords from these castle seats controlled their fiefs, defended their territories against various attackers or intrigued against the Crown. Whichever one you choose is the right one for your trip. The memories will last for long. 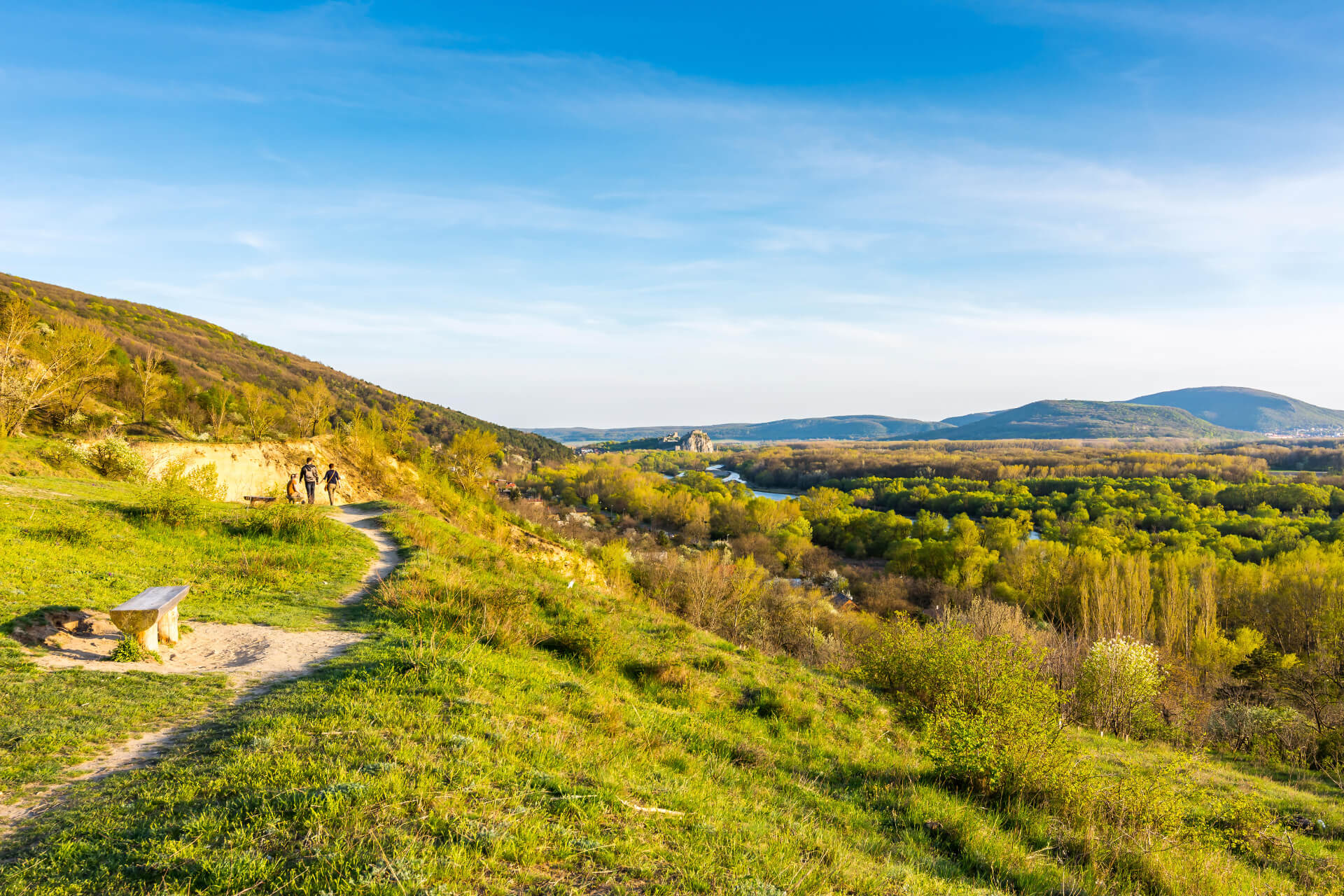 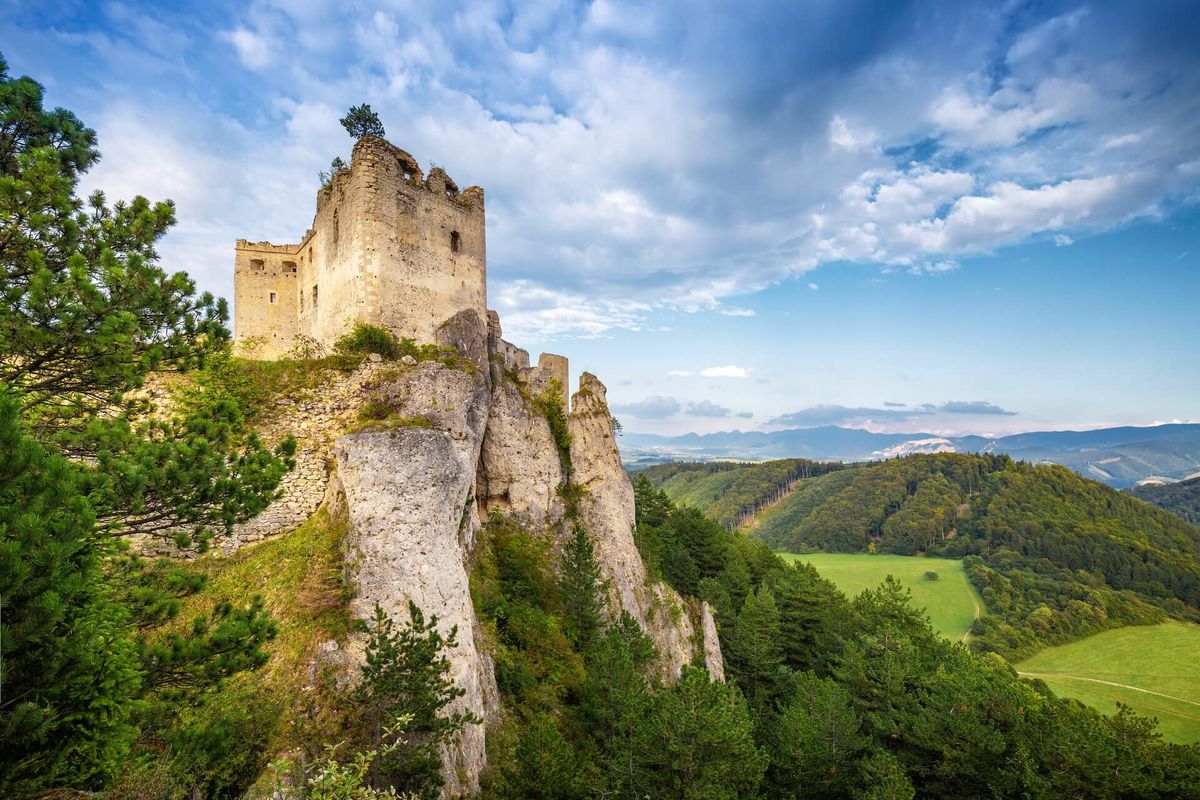 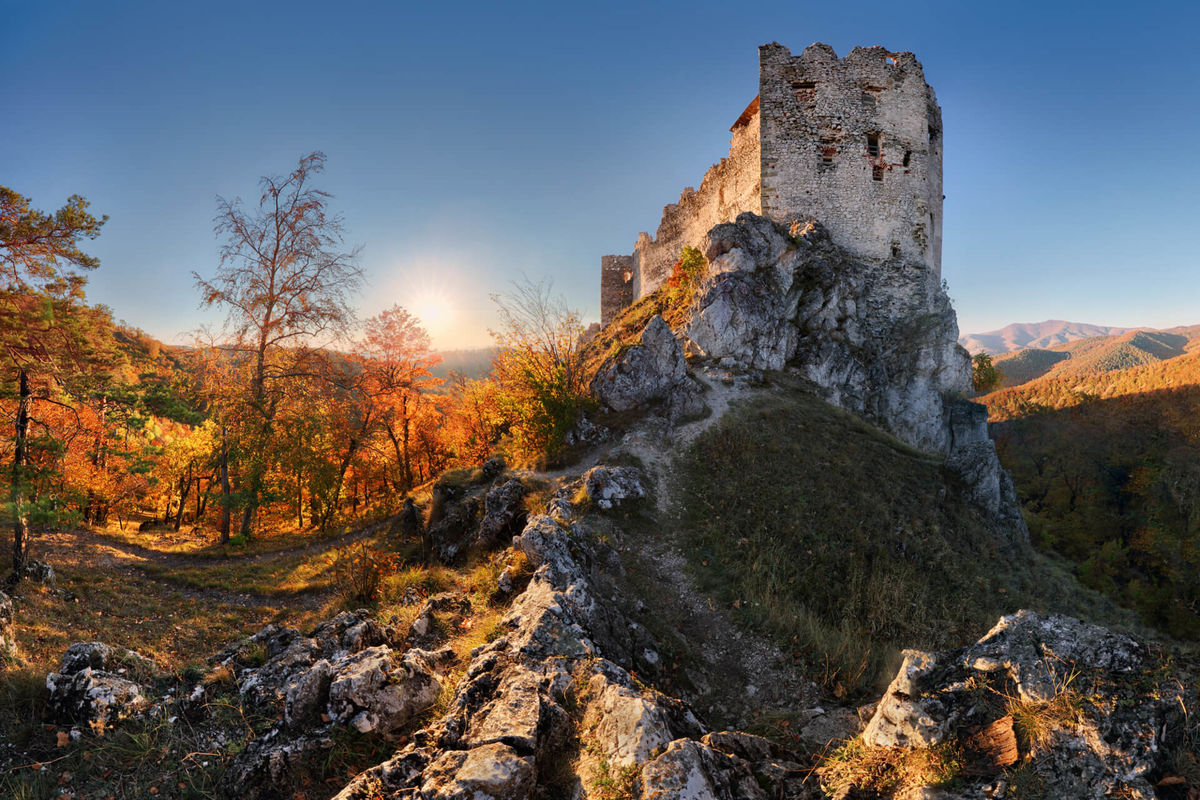